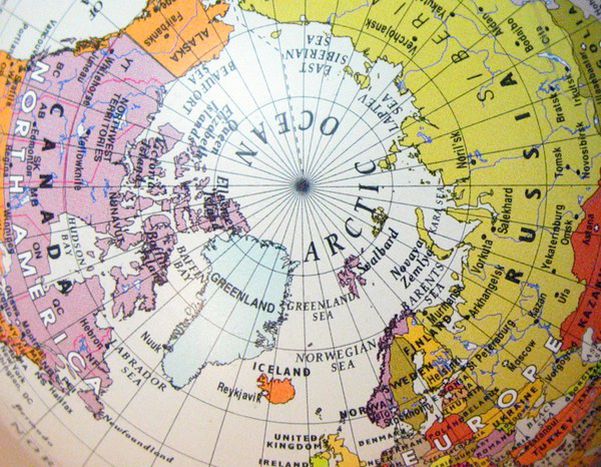 On 21 June, Greenland will become yet more independent with regard to Denmark. A new system voted via a referendum will give inhabitants the right to their own energy resources, concerning about thirty domains

In Europe, we think of Greenland as an icy desert. That’s not just a cliché; this territory, which geographically is American yet politically is European, and which has a ridiculous population density (it has an average of 0.03 inhabitants per square kilometre), has an arctic climate. On 25 November 2008, 75% of Greenlanders voted in a referendum for a bill for increased autonomy, which will take effect on 21 June 2009, Greenland’s national day. In fact, the ‘increased autonomy’ is more of a camouflaged independence; Denmark’s role will gradually be wiped out in favour of entirely local management. Thus is posed the question of the world’s largest island, which is six times as large as Germany.

The world’s largest island, Greenland, is six times as large as Germany

'A strategic territory, four times as big as France, with about 57, 000 inhabitants in the heart of the Arctic cannot help but attract outside interest,' predicts country specialist Damien Degeorges. 'When we know the manifest interests of the researchers and of the international firms (American for the most part), there is no doubt that Greenland will be able to free itself in one way or another from its historic ties and proximity to the Old Continent of Europe.' 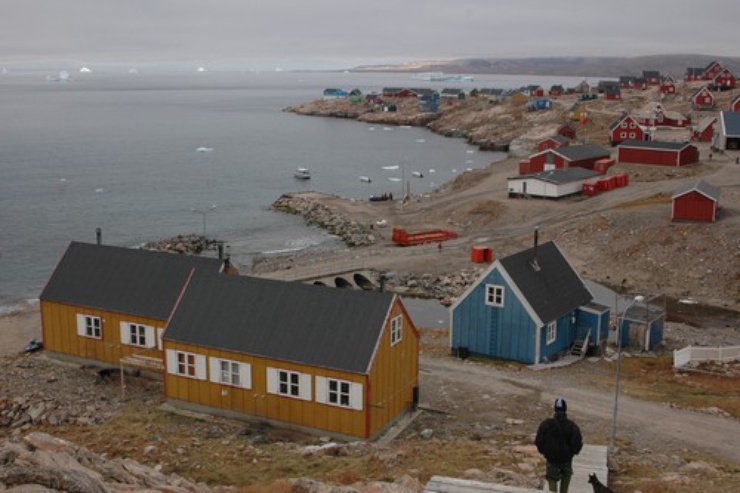 The Vikings were the first Europeans to drop anchor at Greenland in the Middle Ages, infringing upon the lands of the indigenous people, called the Inuits. Following this, some Portuguese are said to have set up camp on the eastern side of the island in the sixteenth century. Whilst Norway was refused the right to possess the eastern part of the inlandsis, Denmark on the other hand kept its colony sealed off and thus protected until 1940. The advent of world war two changed the deal; the Greenlanders grew closer to their American neighbours. After installing a military base in Thulé (on the west coast), the Americans tried to buy Greenland at the end of the conflict for the trifling sum of 100, 000, 000 dollars. They were turned down.

In 1953, Greenland obtained the status of 'overseas earldom', and continued the process of emancipation in 1979 when it was granted home rule. In the referendum of 1982, the Greenlanders decided to leave the European economic community (EEC) in order to maintain control over their immense fishing zones. Although Denmark remained in Europe, their choice came into force in 1985.

You might then believe that Greenland is distancing itself from its patron continent. Yet, nay!

The island, which has its own legislation and institutions, keeps the Danish sovereign as its head of state. What’s more, all diplomacy is still directed by Denmark (via ambassadors and consuls), even if the islanders act independently in certain instances, such as with the Arctic council. In addition, two elected Greenlanders sit in parliament in Copenhagen. Above all, economic relations are still very close between the ex-colonies and the metropolis (two-thirds of commercial trade) and the national currency is still the Danish krone. Moreover, the subsidies from its patron are vital for the country to continue to survive. The amount reaches more than 500 million dollars a year. Their paths might be leading further apart, but Greenland and the European communities have been bound since 1985 to strengthen their links thanks to the 'Greenland treaty'. This paradox took a more successful form in 2006 with the signature of a partnership that stresses above all the 'historical, political, economic and cultural links' between the two parties. The content of the agreement anticipates a substantial financial aide from the European Union (38 billion euros in 2008), targeted at the development of several Greenlandic sectors, such as scientific research, education, industry, fishing. In return, the EU obtains an increase in its fishing rights over the island’s territorial waters.

After centuries of exchanges between Europe and Greenland, the traditional heritage perpetuated by 50, 000 Eskimos (85% of the total population), such as ice-fishing, seal-hunting, sleigh races and music, has been heavily influenced by western customs. Examples can be seen in the areas of music (pop, rock, hip hop), sports (of which football and handball are the most widely-practiced) and religion (lutheranism has been prevalent since it was imposed by missionaries in 1721). However the flip-side of this coin exists too for the Greenlanders; alcoholism, domestic violence, rape, suicide are all undeniably present in society. In the end, it is the language of the country that best illustrates the cultural mix. After Danish holding prime position for a long time, Inuit (kalallisut) has now imposed itself as the language to speak. The new system which will take form in June moreover anticipates making Greenlandish, an Inuit tongue, the official language.