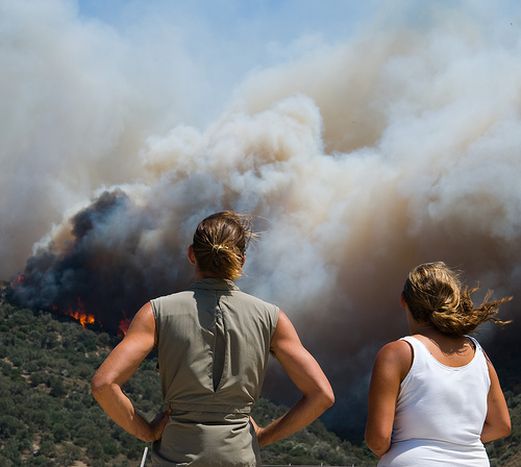 The Greek islands, so popular among tourists, appear to be surviving the threat posed by excessive construction, something which distinguishes them from their European neighbours. Yet resistance on the islands is not mirrored elsewhere in the country, as urbanisation eats into land susceptible to wild fires

The Greek archipelago is made up of 5,000 islands of differing sizes in the Mediterranean. An attractive climate, the sea, beautiful scenery and their rich cultural history make it a popular tourist destination. However, when visiting coastal regions, the level of preservation is surprising. How is it possible that these highly desirable locations have not suffered the same fate of over-construction like their neighbours, where coasts have been invaded by cement? The answer lies in the strict attitude of the Greek government when it comes to property. 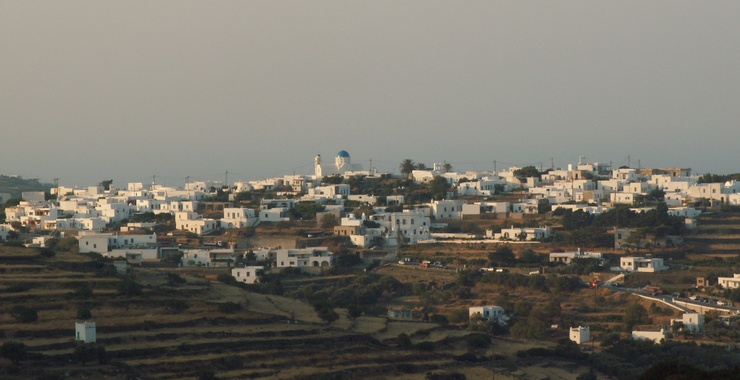 Were it not for the relentlessness with which Greece opposes the sale of its land, the powers that be across the islands would have long ago lined their pockets with under-the-table deals, insists E. Milioti, a notary on the island of Sifnos. On this nature lover’s paradise, forgotten by the world from the days of medieval Venetian sea merchants until its rediscovery by the jet-set in the sixties, the fight to conserve its serenity fails to flounder, despite attacks from massive tourist conglomerates used to working in places like the Costa del Sol in Spain, or the Côte d’Azur in France. The government's strategy seems appropriate to Milioti, considering the amount of investment originating from other parts of Europe. 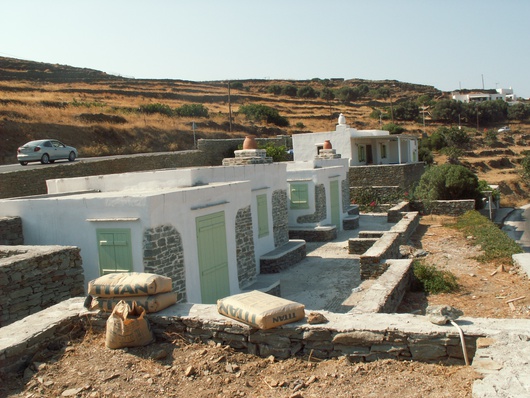 An individual may only build on a plot of land that exceeds a minimum 4,000m² in size on the outskirts of urban areas in the Cyclades. When a work permit is obtained allowing for construction on plots of 200m² for private use, the size of the plot in question may only be increased in order to

construct hotels, at an extra cost of 3,000 Euros per square metre. The strict legislation does not stop here. Building regulations are candid; in order to maintain the bright, calm and serene atmosphere integral to the islands, windows must be small, buildings may only be two storeys tall and all facades must be white.

This might seem simple on paper,  but the reality is often quite different, with some finding loopholes to suit their requirements. Milioti explains that in many cases, the construction of a basement is hidden from the authorities in order to add a hidden third level to the building. This trick can lead to headaches; at the start of the month, Milioti had to certify a survey on 40 illegally constructed metres on one building. The value of the entire property was around 300,000 Euros. 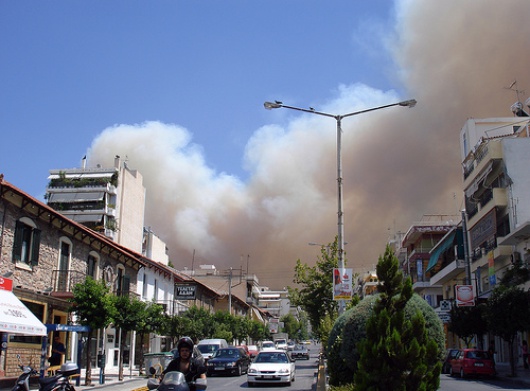 The restrictions imposed by the Greek islands’ laws work as a firebreak in the widest sense of the word. This is something that contrasts with mainland Greece. 'The recent fires on the outskirts of Athens may have been, in large part, down to arson,' states a lawyer based in the capital, who prefers to remain anonymous. Certain legal ambiguities have been blamed for this situation. The Greek land registry does not possess maps with precise boundaries; in the wake of wild fires, many various suspect claims for damaged land emerge, often encroaching on protected areas.

Construction in Greece can only be carried out on land classified as cultivable, therefore, a levelling off of the terrain by fire plays right into the hands of the developers, explains a member of the Dionsys neighbours’ association. This neighbourhood on the outskirts of the Greek capital was evacuated during the fires, and many homes in the area were destroyed. The situation is aggravated by usucaption (the practice whereby ownership over a property can be acquired if the claimant can prove that he has used the property over a given period of time) which still continues today under Greek law.