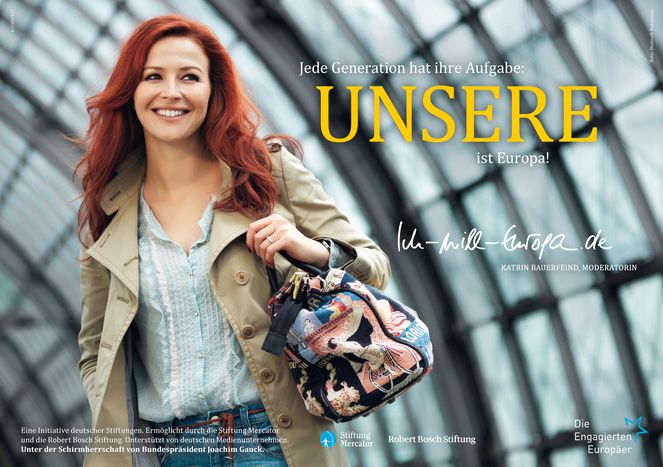 A fresh European wind is blowing across Germany with the end of the summer holidays. With chancellor Angela Merkel's push for a new European treaty with a tighter fiscal corset, ten of the largest German foundations have launched a social media campaign called 'I want Europe' (Ich will Europa) to renew the general enthusiasm for the Old Continent. German president Joachim Gauck is patron, whilst the fields of culture and economy have their say too; DJ Paul van Dyk wants 'more rhythm', whilst former chancellor Helmut Schmidt wants more respect for Europe. Whether the cheesy folk singer and TV presenter Florian Silbereisen should feature in this European campaign though (image six) is another question. As Paris and Berlin have teamed up again to keep up the pressure on Greece, it's worth seeing whether Merkel's actions will be louder than the opening remarks she made for the campaign