Germany is in revolt over TTIP and CETA

While the EU negotiates the free trade agreements Transatlantic Trade and Investment Partnership (TTIP) and the Comprehensive Economic and Trade Agreement (CETA) with the USA, more dissent is stirring in Germany than in any other country - even though Germany is one of the countries that will profit the most from these agreements. We asked why the Germans protest so actively.

“Why are so many people in Germany protesting against TTIP?” asks my colleague from the French editorial team. Once again, newspapers have been reporting on demonstrations against TTIP. According to organisers, there were up to 300,000 protesters on the streets across Germany on Saturday 17 September.

Of course 10,000 people also demonstrated in Brussels, but in no other country is the opposition as large as in Germany: a study by the EU Commission in May 2016 revealed that 59% of all Germans are against TTIP – almost twice as many as in other EU countries (34% of EU citizens are against the agreement).

I open my mouth, ready to talk about chlorinated chicken, arbitration and nature reserves – and stop. Instead of answering for myself, I pick up the telephone. Those who participated in the demonstrations - who are so inspired by the cause that they travelled from southern Germany up to Frankfurt, Hanover or Berlin - should be given the chance to have their say. 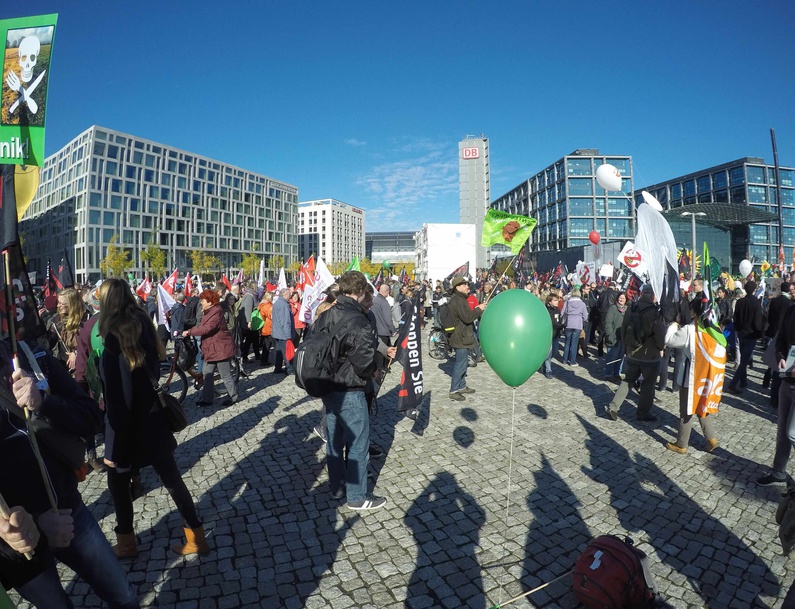 Dominik, 23, has been actively campaigning against TTIP and CETA for a year, along with his housemates, his friends and his mother. He gets most of his information from his protesting milieu, but also from mailing lists and documentaries he has seen on the topic.

“I took part in my first demonstration against TTIP in Berlin. Before then, I had occasionally signed online petitions after having seen a few documentaries about the agreement. Following the demonstration in Berlin, I also protested in Hanover and a few days ago in Stuttgart, among other places. After Stuttgart many of my housemates and friends also came along. I take part because I find several key points highly questionable: the trade agreement would regulate large areas of society.

“If the agreements were positive, then it wouldn’t be so bad – but I really don’t like the idea of special causes of action at all. The tribunals were referred to for a long time in the media as arbitrations. Even when they were renamed, they kept the same basic idea that companies could claim legislation, cause of action and compensation for damages; nothing had changed. I believe that in France there is a tendency to be less environmentally aware. Of course, there are environmental activists, but seemingly fewer environmental protection organisations. And for this reason there is a lack of the structures which would enable the organisation of such protests and the distribution of information about TTIP.” 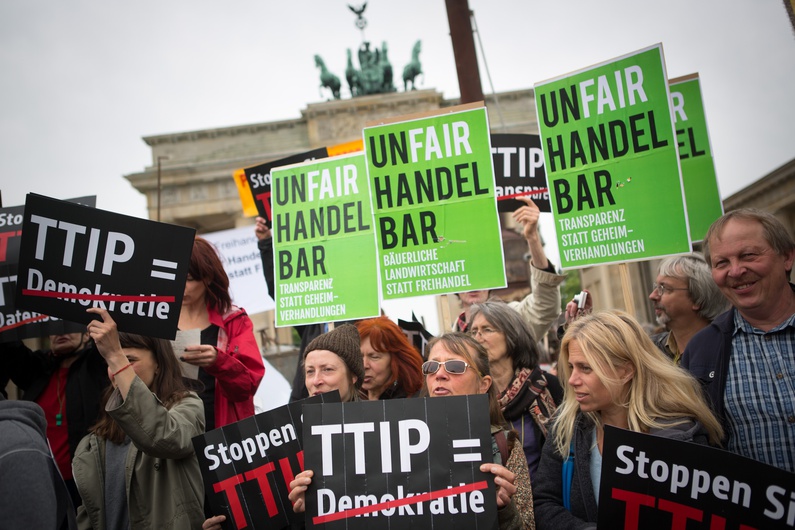 Linda*, 23, was at the demonstration in Stuttgart.

“I don’t want to be featured under my real name, please!” she states first and foremost. She finds it a bit embarrassing that she attended the demonstration without being completely informed on the subject. This, however, did not stop her from coming along: “I went because I wanted more experience. I picked up flyers at the information stands, spoke to people and listened to the speeches at the final rally. Taking all of this into account, I now want to inform myself some more.” She laments on how difficult it is to find information: “Nothing is transparent. So it was difficult for me to scrutinize everything.”

Campaigning against TTIP and CETA

The fact that so many people are taking a stand against the agreement is astounding. Often international agreements and global affairs are too complex, and the decision-makers too far removed from the “average citizen”, to have an impact. But as this video shows, the TTIP is fairly easy to understand:

Other contributors include organisations such as the Stop TTIP initiative, Compact, Greenpeace and Attac. They have distributed flyers, composed email circulars,  created graphs and explanatory videos. Public broadcasters have also published documentaries, and comedians have written material about the agreements – for example on German late-night shows like “die Anstalt” and the “Heute Show.”

A protest on two fronts

Not only did the campaign raise awareness of the free trade agreement, it also emotionalised and simplified the discussion. Thus two fronts were formed, both accusing each other of distorting the facts. “Many TTIP-objectors do not exactly stick to the truth and facts”, alleges the trade commissioner of the EU, Cecilia Malmström, against those campaigning against TTIP and CETA. There have been “many misunderstandings, scare stories and lies”. However, initiatives such as foodwatch complain that the EU did not communicate “openly and sincerely” in the debates on the agreement: “EU commissioners and ministers, the Federal Chancellor and delegates, economic lobbyists and especially ‘economic experts’ took part in an unparalleled campaign of errors and disinformation.”