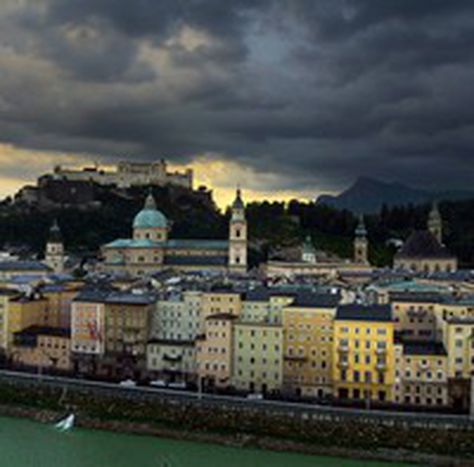 Austria is the only EU country where anyone can go to university, regardless of their qualifications. Now that the EU has ruled foreign students can study in Austria under the same conditions, universities are experiencing a massive influx of students.

On July 7 2005, the European Court of Justice ruled that the Austrian requirement for foreign students to be registered at university in their native country was against EU equal opportunities legislation. Since then, there has been a state of emergency in Austrian universities, which have been overrun with low-achieving students from Germany. The situation is particularly dramatic in the medical faculties: in Vienna 1,500 Austrians compete with as many German applicants for only 1,560 places; in Innsbruck 447 Austrians come up against 2,147 Germans for only 500 places; and in Graz there are only 300 places for 917 Austrian and 1,964 Germans.

The Austrian government has answered the stampede at the Universities with a short-term emergency law which states that the autonomous Universities have a free hand with the rules of entry limits in eight subjects: Human Medicine, Dentistry, Veterinary Medicine, Psychology, Biology, Pharmacy, Business Studies and Journalism. Education Minister Elisabeth Gehrer explains that “a country of 8 million inhabitants cannot provide student places for a country of 80 million people”. They are trying, with the use of defensive tactics and time-tested tricks, to make sure that the native students get priority over foreign students.

Austria considers the unlimited entry to higher education for its students to be worth defending, which can only be protected by regulating the number of EU students who enter their universities. Furthermore, in comparison to the rest of the EU, the increase in entry into higher education in Austria is still very low. Austria argues that the "country of origin principle", whereby citizens are subject to the national provisions of their member state of origin, is a typical element of EU law. In other words, if a student is not allowed to study medicine in Germany, they shouldn’t be allowed to do so in Austria. The Commission has stated many times that the country of origin principle is a core element of the EU Common Market and the European Court of Justice has also confirmed this principle many times over.

Meanwhile, universities criticise the government and see the emergency law as an incomplete answer to the problem. If they had reacted to the start of the proceedings in March 2003, the somewhat ad-hoc counteractive measures could have been avoided. According to Wolfgang Schütz, the Dean of Vienna Medical School “The government has had years to discuss the problem of admission limits”.

For the Austrian Students’ Union, the current chaos has been caused for the most part by homemade mistakes made by the government. The student union has accused the Education Minister of trying to put the blame on Brussels. “Through its financial dominance over the universities, the government has been tinkering with the situation. What has happened is an attempt to conceal the damage done to the entry system restrictions,” says Doris Gusenbauer from Vienna University’s student union.

Tampering by the European Court

Belgium wanted to establish the same country of origin principle as in Austria, but the European Court of Justice forbade it. They have been trying to repeal this decision for two years. The Belgian government has been advised to implement a ‘Quota for Students’ who haven’t lived in Belgium for a certain amount of time. The UK was also recently the catalyst for a European Court of Justice judgement that has established an EU-wide law that means the state is obliged to provide EU students with benefits as long as they have a “certain degree of integration” in the society (for example, have lived for several years there already).