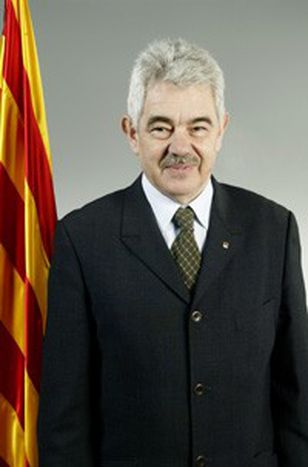 The revised Catalan Statute of Autonomy, which will be deliberated in the Spanish parliament from November 2, means debate over devolution is once again raging in Spain.

On November 2, the Spanish Chamber of Deputies (lower house of the Spanish Parliament) will discuss a text already approved by 88% of the Catalan Parliament through which it sets out to reform its statute of autonomy, adopted in 1979. The contents of this proposal, which would constitute a significant change and whose constitutionality has been brought into question by some groups outside Catalonia, has become a central political discussion point in Spain, where the party currently in government is bolstered by Catalan nationalist votes.

The Estado de las Autonomias, product of the 1978 constitutional pact, created a system with obvious federalist characteristics but gave the State the legal authority to approve (or not) any changes to the statutes of autonomy of any of the 17 autonomous communities in Spain. The significance of this particular proposed reform lies in the fact that its adoption may, or may not – according to the diverse interpretations of the political actors and jurists – imply the modification of various fundamental points in the common constitutional code in areas such as funding and justice.

One of the most controversial features is the article that defines Catalonia as a nation. For some, this is an unavoidable and undeniable reality by virtue of its obviously distinct cultural, linguistic and political characteristics. For others, it represents the denial of the existence of Spanish unity. However, the debate that underlies this issue is the definitive acceptance of Spain’s historically complex and multicultural reality by all of Spanish society and whether, from this reality, another kind of political situation could arise.

Money is also an issue

Debt in the Spanish Autonomous Communities is large, especially in Catalonia. For this reason, the root of the problem is without doubt the reform of the funding system of the Autonomous Administration. If the reform is implemented, Catalonia’s Autonomous Administration will be responsible for the collection of all taxes generated in Catalonia, and for handing over the part that belongs to the State at a later date. In this way, the reform points to a reduction in the amount that Catalonia contributes for the development of other regions in Spain.

The argument for implementing this change is based on the macroeconomic data from the Community in the last few years. The Catalonian economy is among those that contribute the most to State coffers, but is experiencing a steady decrease in growth and a loss of competitiveness, which means it is getting close to the Spanish average. Catalonian political groups argue that, based on this fact, it is unreasonable to demand that Catalonia contribute to territorial solidarity to the extent of limiting its own growth.

It is logical that the presidents of Andalusia and Extremadura have positioned themselves against this argument since these Communities are the poorest in Spain. However, their macroeconomic figures are the inverse of Catalonia’s, and show signs of a higher competitiveness in their economies – in other words, they are catching up.

Quite apart from the partisan use of national sentiment that is sometimes present in political debate, the polemic created by this document has demonstrated that the debate over the territorial configuration in Spain is still open. Since Spain is of the most decentralised countries in Europe, it seems that devolution elsewhere in Europe could continue for decades.