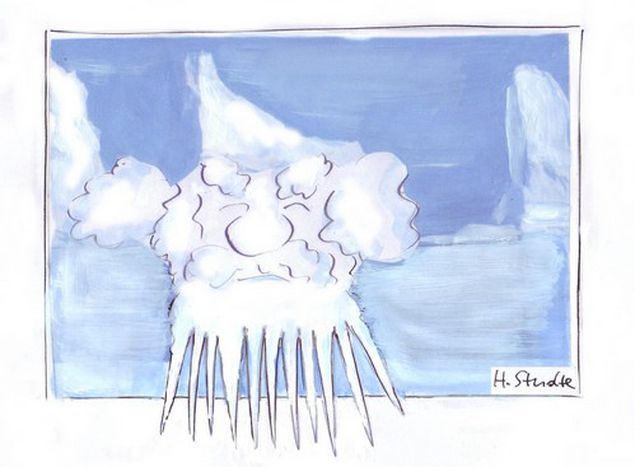 How do Europeans freeze during the winter? Like pigs or tailors if you're German, dogs if you're Spanish and ducks if you're French. Idiomatic expression of the week

The first months of the year are always the same: the snow queen rocks the continent with her icy embrace and dreams of the flowers from the far-off spring. In February, winter begins to slowly unravel across Europe. Father Frost remains omnipresent. When you shut a door behind you every morning to slip out the pigs, you understand the real meaning of the German expression schweinekalt

(pig cold); they stuff themselves with sausages throughout winter to avoid freezing.

Many other European countries happily send out the dogs when temperatures hit zero. Spaniards talk of frío de perros

(duck cold). Autumn and winter are indeed the best times for the French to go hunting for such delicacies as foie gras (fat liver) or confit de canard (slow roasted duck legs). Give a thought to the poor hunter too; as he stands immobile in the cold which sweeps him in the knees, you may hear him crying ca caille

(I’m freezing), which this time is not a reference to delicious caille (quail), but more with the Latin term coagulare

(freezing like a tailor). Why associate a tailor with cold, with all those clothes he can spin for himself and his European colleagues? Turns out that the tailor was once considered a more feminine, weaker role, who weren’t tough enough to spend his days inside four walls.