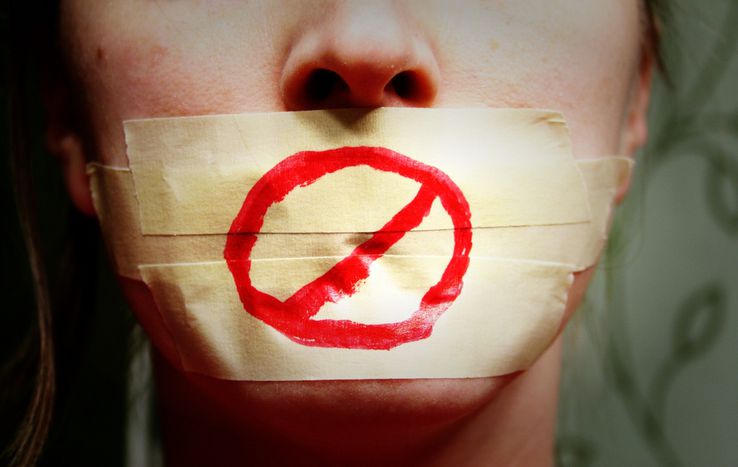 Freedom of Expression: Our Duty, Not Our Right

Tuesday 3 May celebrated the 23rd annual World Press Freedom Day. The theme for 2016 was “Access to Information and Fundamental freedoms - This Is Your Right!” More than 100 events took place around the world to raise awareness. Brussels did its part by celebrating “Difference Day” at the Centre for Fine Arts (BOZAR) for the second year in a row.

“Ladies and gentlemen, we are here to celebrate those who – day after day, article after article, tweet after tweet – take a stand to defend their freedom to report facts and make their voice and opinions heard. They enrich the public arena with their ideas and opinions and they improve the quality of political debate in our democratic society,”

2016 is a year of milestones for the freedom of press. It marks the 250th anniversary of the first Freedom of Information Act, which still covers Sweden and Finland today. To commemorate this occasion, the Government of Finland and UNESCO co-hosted the day’s main event, which saw Azerbaijani journalist Khadija Ismayilova awarded the UNESCO/Guillermo Cano World Press Freedom Prize 2016. In addition, 2016 celebrates the 25th anniversary of the Declaration of Windhoek, a statement of free press principles.

The fundamental principles of press freedom were celebrated during the event: to evaluate the freedom of the press around the world, to defend the media from attacks against their independence and to pay tribute to journalists killed while exercising their profession. Journalists and speakers from around the world gathered at BOZAR in Brussels to discuss the increasingly cumbersome topic of freedom of the press. 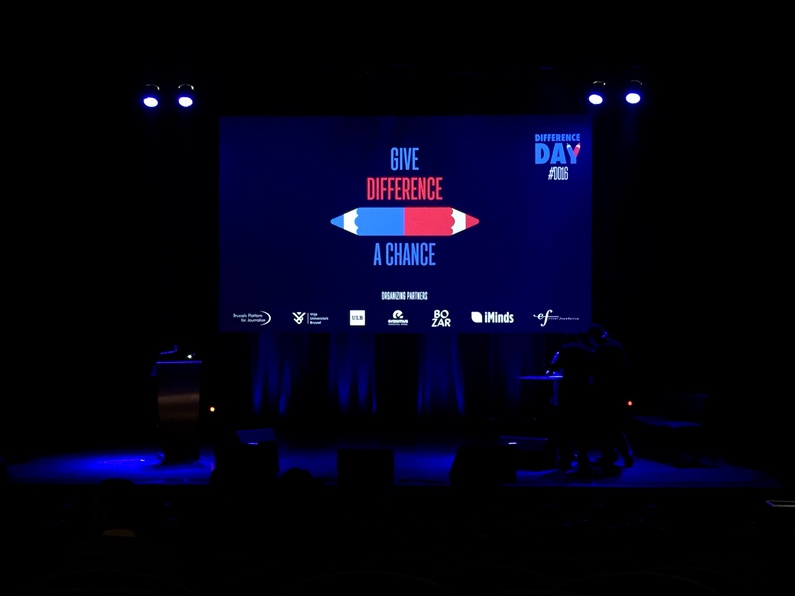 Freedom of speech is a fundamental human right

Above the stage of the opening ceremony, proposals flashed across the screen, with statements such as “Society cannot exist without censorship,” “The time of ‘the pen is mightier than the sword’ is over” and “Some opinions are not suitable for children.” Like questions on a survey, each had multiple choice answers: “Wow! Yes!” “Maybe” “Okay” “Not convinced…” “Yuck!” and “No, no no!” The final question to appear on the screen read: "Are you really in favor of freedom of expression? Give difference a chance.” Everyone was free to give their own opinion and to experience what freedom of expression in Europe really is.

On April 20, 2016, Reporters Without Borders published its annual World Press Freedom Index. The 87-question survey was developed by the organization to determine the degree of press freedom in 180 countries, from the countries with the best (1st) to the worst (180th) level of freedom available to journalists. Suffice to say, Europe showed very poor numbers. 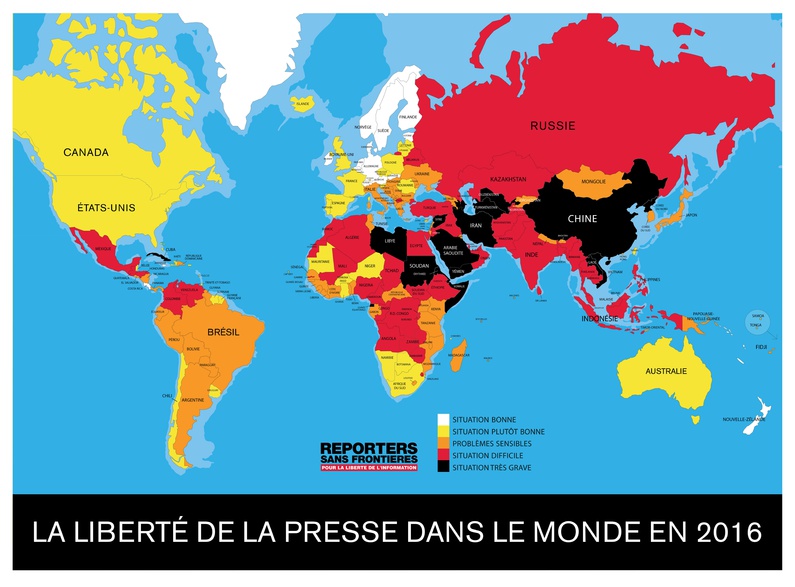 All bets are off for the freedom of the press on a continent that’s committed to respecting the freedom and pluralism of the media as well as the right to information as per the Charter of Fundamental Rights of the European Union and Council of Europe conventions.

The breakdown of the European model is already well under way. Since 2015, a number of European countries have dropped dangerously in the World Press Freedom Index ranking.  The situation’s steady deterioration seems to be particularly related to the misuse of counter-intelligence, the fight against terrorism, laws allowing large-scale surveillance, increased conflicts of interest and, even in some states, the control of both public and private media. These criteria all lead to the abuse of freedom of those responsible for informing the general public.

This year, Reporters Without Borders described “a ‘deep and disturbing’ decline in freedom of the press.” The index saw France fall from 38th position in 2015 to 45th in 2016. Even more worryingly, France is closely followed by Poland in 47thplace; the country saw the biggest change between 2015 and 2016, dropping a concerning 29 places. Finally, Bulgaria was the lowest-ranked European country on the index, finding itself in 113th position.

Freedom of the press versus censorship and excessive surveillance 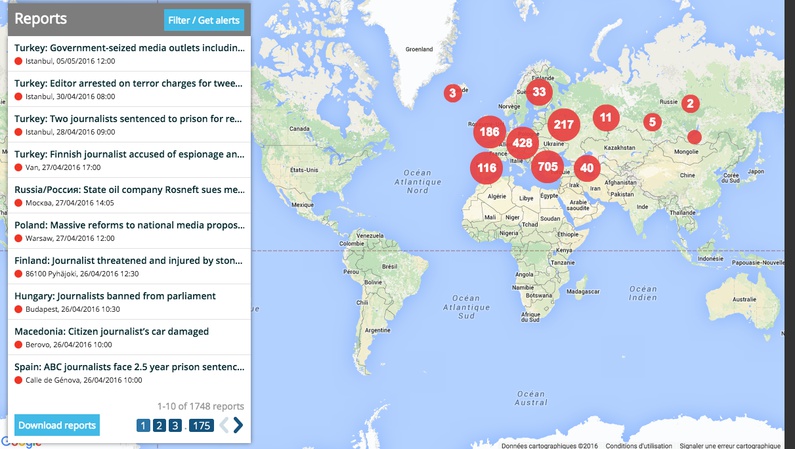 Guaranteeing the safety of journalism

Other initiatives have been launched on a more global scale. UNESCO has developed the “Freedom of Expression and Public Order” project which aims to train law enforcement to support the fight for freedom of expression and citizens' right to information by improving the safety of journalists. The aim of this initiative is to establish a more professional relationship between law enforcement and journalists.

The project has been underway in Tunisia since 2013 and includes the training of the police force to better understand the role and function of journalists in democratic societies. A training manual has been developed to provide law enforcement officers with the necessary theoretical and practical tools.

The European Commission took to Twitter to ask if they were taking sufficient action to ensure and protect the freedom of the press in Europe. The response was clear: 71% said no, 3% yes and 26% were unsure.

According to Oettinger, it is up to each Member State to protect the freedom and plurality of the media within its own borders. In addition to acting as a mediator between the media and the general public, the Commission acts as a “guard dog” when “European law is concerned.”