France's presidential nominees go back to their roots

PoliticsThe Funny Side of the 2017 Elections

A good French president has to know and appreciate the products of their native land, which is why between now and 7 May you’ll see the candidates proclaim their love of cheese, cows and Calvados.

Jean Lassalle pulls his baseball cap further down his forehead, while a drone flies over lush green landscapes. This is the scene set in his official video, which is accompanied by an almost Braveheart-like soundtrack and a loud slogan – "EGALITÉ for all Frenchmen in the territory." His striking Basque country accent completes the picture.

Lassalle failed to make it to the second round of France’s presidential elections, winning just 1.21% of the vote. But he had an essential quality needed to make it to the Elysée Palace: his special connection to the terroir, symbolised by the video in which he pushes a lawnmower shirtless up a hill.

Terror of the Terroir

The terroir is what makes the French election special, and different to every other European election. Every five years, at a certain point in the election, the candidates try to set themselves apart as organic farmers and lovers of Mother Nature, just like Jean Lassalle. He is after all, the son of a shepherd.

The French term terroir describes the affinity the French have with their land as a lush breeding ground, with its products and with the identity it gives them. But the concept is not as old as you might think. It doesn’t come from the Gauls. The term was coined in 1920 and since then has been been used as the perfect marketing campaign. In Germany, too, winemakers have been using the word terroir since the 90s to describe the origin of certain wines.

The perfect French politician is expected to be "proche du terroir:" connected to nature, good food, and the French terre. The French, and the whole world, are growing produce and becoming rich thanks to the French land, which can cultivate (in the case of far-right candidates like Marine Le Pen) an unhealthy national pride.

Without question, the true French champion of the terroir was Jacques Chirac. De Gaulle idolised his birthplace in the north, Mitterrand loved the Charente, Pompidou and Giscard the Auvergne. But no one was as enthusiastic about a petit cidre, perfect French apples and bovins (cattle) as Chirac. His rhetoric was deeply impregnated with language about the terroir; the website Chirac Machine collects the best culinary quotes by the former president into short podcasts. Chirac may have been born in Paris, but in the Corrèze region he is celebrated as a God. 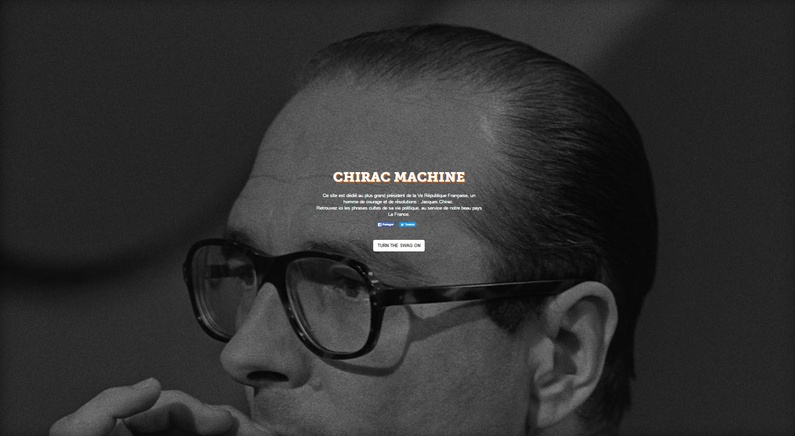 Some animals are more equal than others...

No presidential campaign is complete without an appearance at the annual Salon de l'Agriculture. A sip of Calvados here, a photo opportunity with a Charolais cow there, and why not try another piece of goat’s cheese? It’s not to be sniffed at: voters are won and lost in this giant petting zoo. Marine Le Pen poses with bananas from overseas, Benoît Hamon sniffs Pastis and Emmanuel Macron slices a baguette in a dark blue pinstripe suit. In the background, a familiar face in a baseball cap also puts on his best smile - a happy snapshot of a failed presidential campaign.

Normally, the likes of Le Pen and Macron only care about cattle when they’re being asked how they like their cooked. But in election times, this is fundamental. Everyone goes out of their way to present themselves as admirers of all things terroir.

Macron champions the villagers of the Pyrenees, sings mountain songs and tells the magazine Terre des Vins that "wine is the soul of France." François Fillon boasts at every possible occasion that he’s a man of the terroir and 'farmer of the West' who has turned his back on the Paris lifestyle and "has never lived in a place with more than 2000 inhabitants."

Only one candidate refused to attend – the so-called 'quinoa candidate,' Jean-Luc Mélenchon, who decided to visit an organic farm instead. In Marseilles, however, he held an olive branch in front of the assembled team - the symbol of the Mediterranean region. Without a grandiose terroir gesture of some kind, a campaign is as good as lost. 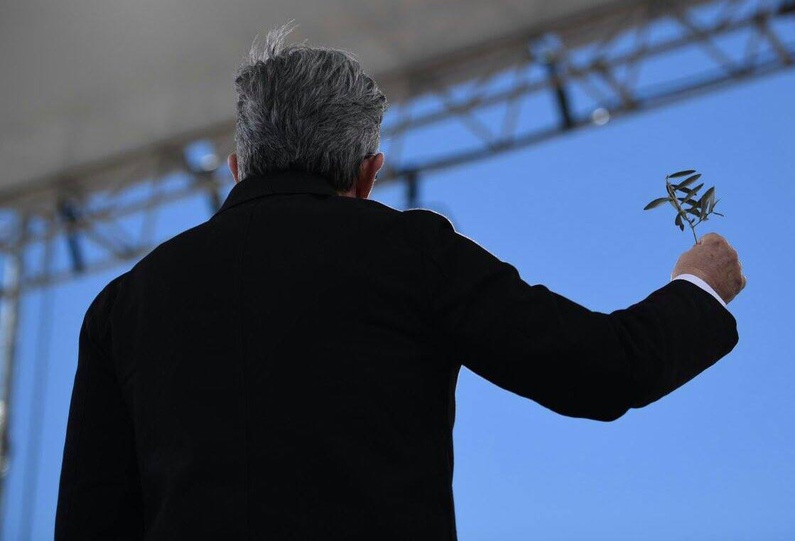 As a German, I can hardly imagine Angela Merkel making a show of choosing the best white feathers before the elections this year, or Martin Schulz winning over voters in his home region with a plate of the best German asparagus, or that the 'rolling hills' of Unter den Linden in Berlin, our answer to the Champs Elysées, will be invaded by cows so the folk of Berlin can get a taste of the terroir. Marie Antoinette would have liked that, though.

The French neighbors have always been proud of their culinary excellence, which they defend with wonderfully cheesy pathos. According to Jean-Marc Quaranta, author of Houellebecq on the Stove, the concept of terroir is Parisian through and through. It’s only outside of the captial that these products really come into their own. And who better to show them off than the President of the Republic?