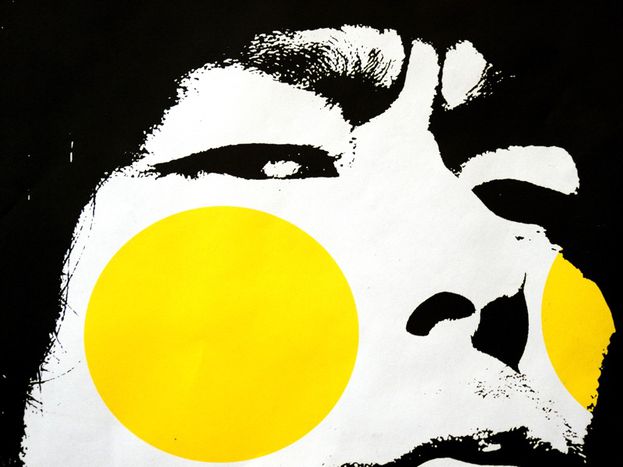 Do you know anything about that man or woman behind the counter of a shop in Spain where you can find just about everything? Or their children, who are the same age as you? Young members of a Chinese community in Barcelona speak

In the phone shop opposite my home in Barcelona, fifty out of the sixty computers have their operating systems set to Chinese. In the Chinese supermarket next door, there is often a long queue at the till to pay for the biscuits imported from Beijing and Tsingtao beer, all piled into shopping baskets. We are in Fort Pienc, the Chinese neighbourhood of Barcelona. Of the 15, 000 Chinese residents in this city, the majority between 25 and 40 years old, more than 1, 000 live in this area of Eixample. Nevertheless, the locals know next to nothing about them. When I ask my flatmates what they know about their Chinese neighbours, their answers are often full of clichés taken from the media: the mafia, illegal trade practices and immigration. The conclusion drawn by the Spanish press is that Barcelona is full of 'Fu Manchu's'. The mystic haze surrounds them. But why do we know so little about these immigrants, many of whom are our peers? 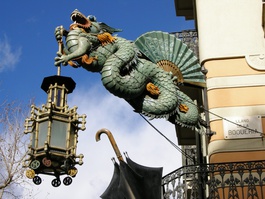 The Chinese came to the second largest city in Spain to do a job which requires no qualifications and which allows them to earn enough to start their own business. In order to realise this dream, they have to work around the clock. Many expect the same from their children. 'My friends, in general, work for the family business,' says David, a Chinese guy who I meet in my local chemist's. It doesn't bother the Chinese because in the south of China this is as common as young people in the USA and the rest of Europe who leave home to go and study. 'For me, going to university is a privilege,' adds David.

In keeping with custom, parents of young people such as David send their children 'home' to China often, for example to organised summer camps so that they can learn to speak good Mandarin. Sometimes, the stay lasts for an entire year to save money on nursery fees. When the children return to Spain they dress themselves according to the latest Chinese fashion and watch videos of Taiwanese and Hong Kong groups on websites such as 1ting.com, the Chinese version of youtube. By day, they study Spanish history in Catalan at school, and by night, they chat away to their friends from China, living between two worlds as it were.

Wenquing arrived in Barcelona three years ago. Since then, she has been called Eva. One of her relatives renamed her, explaining to her that 'Eva' is an easier name to remember here. First her father and younger brother had moved to Barcelona, with her mother and older brother following after. Eva had to decide between staying in China, where she had a job relating to her degree, or to come here to be with the family and start a new life. She opted for the latter and during the first year she worked as a waitress in a Chinese restaurant. 'We did not make friends with our colleagues; we did not have much in common,' she says. 'But as we couldn't speak Spanish, we couldn't find another job.'

Those migrants who arrive after the age of ten are never going to be 100% fluent in the local language. Neither are those who go to school. Chinese pupils do not ask many questions in lessons because in China it is culturally impolite to ask the teacher questions. They do not tend to express their feelings, which makes it difficult for the teachers to approach them. They have a deep-rooted feeling of embarrassment and therefore do not like to speak Spanish at first. As a result of this, many do not pass, even though in China they could excel. Family ties are not always perfect either. Sometimes the youngsters spend so much time in China without seeing their parents that when they arrive in Spain, they find it difficult to regain trust. There are ups and downs. Many end up on the verge of juvenile depression.

Eva says she handled the challenges well. Unlike the majority, she attended a Spanish course and is now preparing for the advanced level exam, a task which ties in with her job at a Chinese estate agency. Her dream is to be a translator or interpreter. However, it took her three years to have a life which she is content with. 'Imagine that you suddenly find yourself in the middle of nowhere, you do not know anybody, you do not understand anything and you have to start from scratch,' she says.

Besides going to the call shop and karaoke, playing with slot machines is another one of the popular pastimes among the Chinese youth. Employees from the Chinese shops escape from work to go and play bingo and reserve the machines so that nobody can win the money that has been invested while they grab a bite to eat. To sing karaoke, they go to a restaurant where they can reserve a private room for this purpose. At dinner Hsi, who recently arrived from Hong Kong, tells me that he did not realise that Fort Pienc was a Chinese neighbourhood. 'There are so many Chinese people all over the world that I just didn't realise,' he asserts. Hsi thinks that all the Chinese come here to work and not to learn the local culture. He speaks in a generalised way about the immigrants from Qingtian, the same way the Spanish speak about the immigrants from China. If it is so easy to fall into this trap when watching a community from the outside, then what do the Chinese think of the Spanish?