So, does the internationally tested Eurolover really exist? 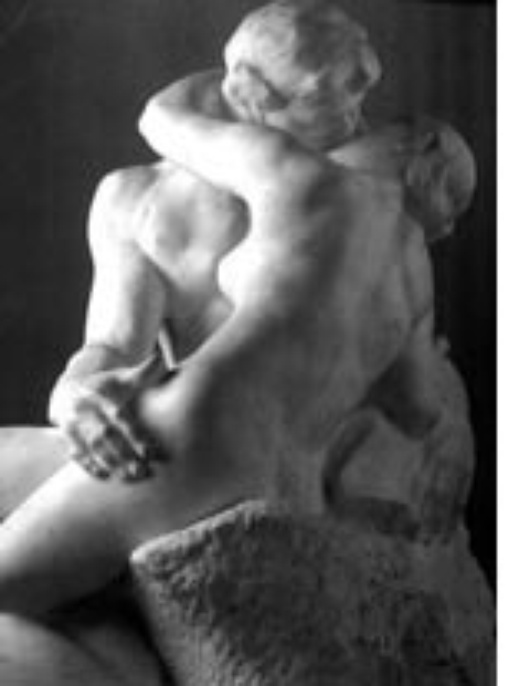 ‘Should I or shouldn’t I?’ We’ve already been exchanging furtive glances for exactly quarter of an hour. I’ve already fluttered my eyelids and smiled more than invitingly, pursing my lips sexily as I did so. Should I now perhaps lasciviously bring the tip of my tongue into action to make him finally come over? I can’t just do it myself, can I…? I’m a girl…! No! After ten more agonising minutes of continued power-flirting in his direction I can stand it no longer: I go over to him at the bar and ask, ‘Hace calor, ¿no? (Hot here, isn’t it?)’. I notice as I do it that the poor chap really is starting to get hot now and his face turns scarlet. A little later I know why this flirt was such a disaster: the guy is sweet, but he’s German and therefore not so used to flirting!

Everyone knows them, the clichés of the boring and reserved German, of the drunk and roaring English. Men know the legend of the ready-for-anything Scandinavians; women know the myth of the Latin lover, the gallant Frenchman, the passionate Spaniard and the irresistible Italian. But what is there in these flirting prejudices, which thousands of Europeans take on holiday with them every summer and which haunt the minds of Erasmus students even before they make their first contact with ‘locals’ of the opposite sex? A journey through six European cities should bring us closer to the puzzle.

Paris – ‘For French women the street is a stage on which they want to be admired. Whereas Germans only swap their comfortable trainers for their red high-heels in the lift up to the office, Parisians strut Gucci-clad and all made up over the cobblestones to work,’ explains Sandra, 23, who spent a year in the ‘city of love’ as a German Erasmus student. She was never able to get used to being sized up all the time and everywhere or even to regard it as a compliment: ‘In Germany you can at least walk past a guy without a commentary.’ Her French friend Rachel is just as little a Parisian as Sandra in this respect. ‘I don’t like this exhibition walking in front of men’s hungry eyes at all!’ For a year she has had a Czech boyfriend and she speaks from experience when she says: ‘When a Czech pays you a compliment, he definitely means it seriously. That isn’t necessarily the case with the French.’

‘If we don’t get addressed by a stranger on the riverbank promenade with ‘Ciao Mala’ (Hey, little lady), it’s only because we always go out in groups,’ explains Živa Ploj, 27, who is from Ljubljana and studies music in Germany. ‘And it’s good that way, because then the flirting rate is slowed down a lot. You do have to discuss everything with your girlfriends beforehand,’ she grins. ‘But when you’re really in love, then you’re just like a child.’ So, for her first date with her current boyfriend, she went to see a British romantic comedy which she had first seen at the age of fifteen.

In spite of the firmly rooted myth of the permissive North Europeans, 29-year-old Solweigh from Trondheim, Norway, can describe herself as almost flirt-resistant. For three years her current boyfriend courted her, not only with compliments and presents, but also with touching love letters which started with søta or snuppa (My sweet). ‘But only after he’d resigned himself to not getting me did I suddenly fall in love with him. Now we’ve established a computer firm with an ideal division of roles: I do the software and he does the hardware!’

A little further south in Newcastle, England, in contrast, flirting can get really quite obscene. During the nightly binge drinking (the Germans also know it as coma-drinking) in one of the few bars with a late licence, the girls seem to follow the motto that ‘I might have a tummy, but I'm going to show it!’German exchange student Daniel was surprised at how aggressively flirting works here: ‘Hours of making eye contact across a pub is a little too much effort for the British – a smack on the behind is, after all, much clearer and above all simpler. It doesn’t seem to bother the women, either, that their new dancing partner would rather pat other people’s buttocks than dance the blues to the end with her. One night stands belong to student life here, just like parties, hangovers and, to a smaller extent, lectures.’ Such morals have consequences, of course: the number of teenage pregnancies is higher in Great Britain than in any other country. And that’s even with every kind of contraceptive being available free of charge on the island.

That kind of thing would be unimaginable in Poland. And even the contact the sexes have with each other follows official rules. ‘Tradition forbids a woman from speaking to a man she finds interesting,’ says Jarek Domanski, a student from Warsaw. ‘Girls in Poland are much more complicated than in the rest of Europe or the USA. Traditions and, above all, Catholicism play a big role here!’ The Pope does hold the sceptre in his hand in Italy, too but, even so, Italian men are regarded as the best lovers in the world. ‘There’s a disease in Italy: the love of love. Without flirting, beautiful women and that certain tingling in your stomach, life can be really quite dreary,’ thinks Mimi, 25, from Turin. His fellow student Daniela, 24, agrees: ‘Here, men constantly make compliments about your appearance, they always pay and even ask politely if they can kiss you now. We hardly have to do anything more than look pretty and laugh at their jokes. The men are the hunters and we are the hunted.’

So in the end, the question as to which nation can offer the best lovers in Europe remains unsolved. From this we can only sum up by saying: look around yourself in Europe and crown your own personal Eurolover 2004!