Barroso has run into difficult negotiations with European governments to form his Commission. But is the situation 'dog-eat-dog', or 'man’s best friend'? 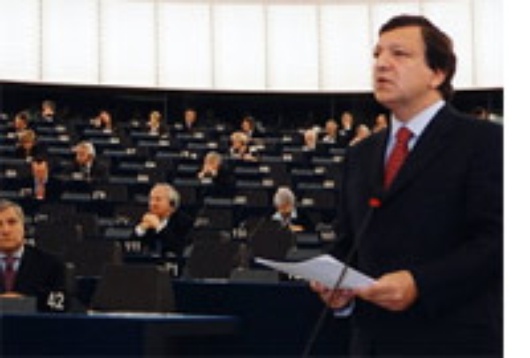 It isn’t the first time, and nor will it be the last, that the European institutions have come into conflict. After the block on the Constitutional Treaty, the incompletion of the Stability Pact, the rejection of the Representative Statue, (which was without any justification), after the extremely low turn-out in the parliamentary elections, along came Barroso with his eccentric Commission. We’re not just speaking of the choice of the honourable Buttiglione as commissioner-designate for the position of Justice and Interior and his absurd declarations. We are also speaking of Kovàcs, the Hungarian from an authoritarian regime who presented himself as Commissioner for Industry without having a clue of what he was talking about. And then there was the proposed Commissioner for Competence – Kroes, who has formed part of the board of directors of numerous extremely important European companies, but who has said that she will keep out of any conflicts of interest (which will be almost everything she will be involved in). Finally there is Almunia, who, as soon as our backs are turned, changes the rules of the game – first peace, then glory – and by glory, we mean his own. Has the hour of victory arrived for the European Parliament? Yes, it has.

We stand before the election of a new Commission that “is chosen for its capacity, not for its ideas”(1). If it had been any other way, we wouldn’t have the Parliament President that we do. I don’t think it’s certain that a period of crisis is opening up, as Parliament Vice President Alejo Vidal Quadras has been saying recently. However, nor do I think that the withdrawal of Barroso’s proposed Commission has been a triumph for democracy, because democracy would have triumphed with a vote for or against. But in this situation, Barroso’s decision was the correct one. This great speaker, who is fluent in four languages, has not yielded in front of the Parliament. Firstly, because the Parliament doesn’t exist to force people to yield but to participate in the taking of decisions. Barroso knows it and that is why he has paid attention to the opinion of the parliamentary groups and has retracted his proposals, for which some of us are thankful.

Parliament wins, without even having voted. Barroso wins, because the Commission he retracted was one plagued with third-rate politicians. We, the citizens of the Union, win because the European system, in which democracy dominates, reinforces the Parliament. There is no crisis in the European Union, nor will there be even if the Constitutional Treaty is rejected. It is true that for a time we will walk slower, but as the Commission Vice President Loyola Palacio says, the Union will advance in small but solid steps.

Parliament’s progress has been long, since its first election by universal suffrage in 1979, and there is still a long way to go. The system mutates and adapts to society’s needs: it works for the citizens and in no way are the citizens marginalised. We vote directly for the Parliament, we vote for our national governments who represent us together with the Parliament in the Union. It is good to question the system, to help it to improve; what is not good, nor healthy, is to suggest that the institutions are at war, because that is a lie. The fact that the Parliament wants its voice to be heard and taken into account does not mean that it is the archenemy of the council or of the commission: it means that in the institutional balance the weighs have moved and taken new positions. The institutions can’t live one without the other. That is why the situation is (European) man’s best friend.

(2)Francesco Rutelli, head of the Marguerita and the Italian leader of the opposition.