Does European cinema have a soul which distinguishes it from Japanese, American, or Iranian cinema? Yes – over and beyond patterns and eccentricities, it is the cinema of doubt. 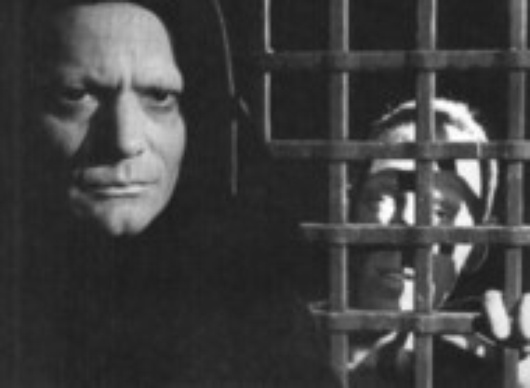 “Have Europeans already discovered the shared soul of Europe’s film industries?” This is the question posed by the Greek director Theo Angelopoulos (1). It is easy to deny European cinema any unique distinctions. And yet, European cinema’s soul can be identified, despite the critical scepticism, and despite, above all, the difficulties and limits caused by the restricted range of established truths (cinema being mainly made up of patterns and eccentricities).

In fact, attempts to define this soul are rarely convincing. One common mistake is to define European cinema by its minimalist aesthetic qualities, its social themes, and the absence of a happy ending. Not only does this approach completely ignore the predominant European cinema genre, but it also takes little account of an entire section of Japanese cinema in the 1950s or current Iranian cinema, which could be defined in the same way. Similarly, the problem with characterising European cinema by the way it is produced is that it only refers to the Hollywood model and disregards the American independent sector, which works more or less on the European model.

It seems quite clear that the criteria of aesthetics, economy and style are not relevant for defining any film industries because they are subject to so many reciprocal influences.

What does characterise European cinema might be the philosophy underlying the stories it tells. It is a certain vision of the world which cannot be easily copied because it is not something that different civilizations share. The European keystone of this vision of the world is the notion of doubt, based on Descartes’ philosophical concept, but applied to other numerous fields of human activity. In other words, doubt as a way of thinking and as an attitude towards the world.

This particular way of seeing the world leads to the development of a way, which is just as particular, of representing the world. Thus, Angus Finney(2), focusing on scripts, claims that American cinema explains the world to its audience, whereas European cinema comments on it. In some ways, European scripts are more considered (although this is not necessarily linked to intellectualism).

Bertrand Tavernier, a French director and specialist in American cinema, agrees with this idea and simplifies it by explaining that, “American cinema is based on assertion while European cinema is based on doubt. When you carefully study some European directors who went to work to Hollywood (Lubitsch, Wilder, Lang, Boorman and so on), you can see that the common thread in their movies is darkness, often scepticism and distance…which is not found – or, if it is, it is in a radically different way – in Hawks’ and Walsh’s films, for example. (…) When you try to define the essence of European cinema – from Rossellini to Renoir, from Vigo to Powell, from Fellini to Bergman and so on – , you discover that doubt plays an essential role. These film-makers’ movies wonder about the world and question it without necessarily providing an answer. American movies, even when they are critical, do provide an answer” (3).

So, American cinema in general is behaviourist: acts, gestures, and words penetrate the conscience of the individual. In contrast, European cinema is rather introspective; emerging through individual self-analysis, as demonstrated by the large number of films where the actor appears to represent the thoughts of the director.

A malaise which can’t be explained by facts

European cinema is often interested in memory as if it had an obsessive relationship with the past. Consequently, European film-makers focus more on questioning (an impossible attitude most of the time when dealing with present events).

As a result, the majority of American characters are positive, rooted in action to overcome a conflict, whereas their European counterparts often suffer from an insurmountable malaise and guilt: existentialist metaphysics are the source of this malaise that cannot be explained by facts.