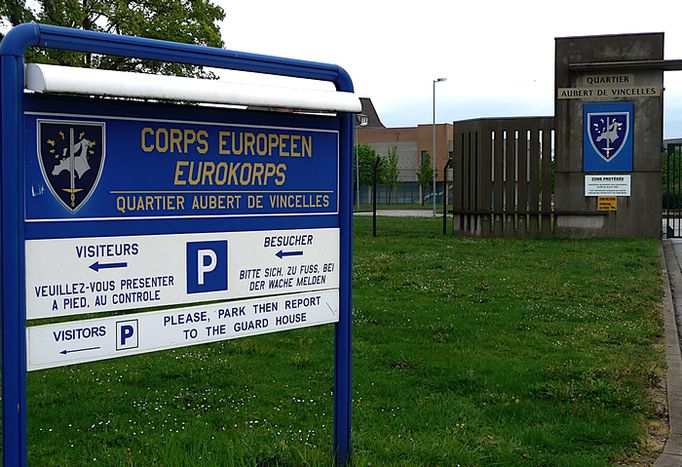 Eurocorps in Strasbourg: is it really a European military with no UK participation?

Strasbourg is home to the most European of all HQs; the Eurocorps headquarters. Born 15 years ago, this army corps is the sole military organisation governed by an international treaty. So, are the Eurocorps a sign of Europe’s powerful defence force? Opinions are divided in the Alsatian region capital

Military property – Access Forbidden. In the neighbourhood of Aubert de Vincelles, in a suburb south of Strasbourg, the sign in a large, open field leads to a large building enshrouded in fog. But there are no officers here lacing up their boots, nor strapping soldiers climbing nets or steep walls.

My disappointment quickly subsides upon meeting a non-commissioned officer at the reception desk; he speaks to me in heavily-accented French. I give his coat of arms the once-over; he’s Spanish, and I will be meeting a German, a Frenchman and a Belgian later on. Welcome to the headquarters of Eurocorps, or the ‘European guards’. About 1, 000 soldiers wear uniforms from their countries of origin, but all sport the same beret and use English as their lingua franca.

The troops were rounded up some months ago in order to celebrate fifteen years of these headquarters. Colonel Raúl Suevos, the head of communication for Eurocorps, states proudly that, ‘we are the first multinational guards’ with 'a rightful place as pioneers’. The project started in 1992 under a Franco-German initiative. Belgium, Spain, and Luxembourg joined afterwards; hence the five-nation framework of the army guards. Poland, Austria, Greece and Turkey made up the remaining strength afterwards. ‘For the moment this represents a mobilisable force of about 60, 000 people’, adds the colonel. The newest recruits in 2009 are Romania, Italy and - wait for it - the United States.

The shadow cast by Nato

The Eurocorps are a testament to the evolution of the European security and defence policy (ESDP). The European parliament gave Eurocorps their full backing with a strong majority; Eurocorps was placed as a ‘standing force under EU control’ and all EU members were ‘invited to participate’. It is, however, the recent treaty of Strasbourg which gives its ‘patent of nobility’ by formalising Eurocorps’ status to an international level. The European defence community (EDC) project failed sixty years ago. ‘L’Europe de la défense’ (‘European defence’) has now started to take shape. According to the Eurobarometer poll in 2008, 64% of Europeans think that decisions regarding defence and foreign policy should be made collectively.

‘We are, perhaps, the most advanced guards in terms of technical capabilities; one of the few licensed high availability headquarters for Nato,’ comments Colonel Suevos. So, does Eurocorps always have a place on the strategic scene if they prove exemplary response times? The US is casting a shadow on ‘l’Europe de la défense’, and the predominance of Nato in European affairs casts doubt on the self-governing of European defence policies.

The aim is not to replace Nato according to Lieutenant General Pedro Pitarch, who is also the commanding general of Eurocorps. ‘Nobody is interested in defying the purpose of Nato; it is not a question of choosing between European defence policies or those of Nato, either,’ he explains. ‘It is both together; not one or the other.’ Colonel Suevos confirms that, ‘we work together with Nato but it’s the ‘cadre nations’ who decide.’

Towards a European military 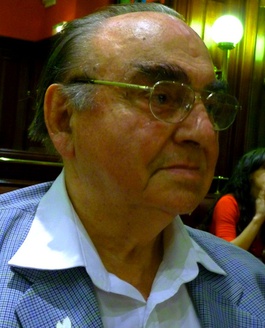 There is a long road towards Europe being unanimous regarding the ESDP. As a large European military force, the UK is hesitant on breaking away from its American ally. Is it really a European military if there is no participation from the UK? Is that the will of the European people? It seems that way from the surveys; 36% of Europeans think that a policy on security and defence – allowing the EU to face up to international crises – should be made a priority, according to the Eurobarometer for the European elections between 4 and 7 June 2009. (Also having protection for consumers and public health protection, or successfully combating climate change).

I encounter Roger Strelbicki in a slightly warmer place; he is the president of the ‘association du Mouvement in Bas-Rhin' (north-eastern France, near Strasbourg). A pin in the shape of a dove adorns the lapel of his jacket, illustrating his pacifist stance. Roger is against the arms industry, Eurocorps and Nato. In his opinion they are ‘instruments of war’. He is in favour of slashing military budgets, disbanding the armies, nuclear disarmament and for ‘European defence of course, but the defence of people’s lives. Defending the lives of people is not defence using weapons,’ he adds. He deplores those political parties who are passive and ‘unable to fight it out until the end’.

Having combined with various other anti-Nato organisations, the ‘Mouvement de la Paix’ (‘peace movement’) joins them all in Strasbourg. They call for peaceful protests and denounce the CRS (‘compagnie républicaine de sécurité’, the French riot squad), who ‘let the rioting demonstrators just get on with it, then blame us so that we take the rap. They have done everything to stop our protest; humiliating us, controlling the press, tear gas bombs… The anti-war movement is ongoing and more than a worthy adversary for the ‘state warriors’. That is why they are doing everything to discredit us.’ This sixty-year-old association say that Europe’s future objectives should not be about increasing military budgets, creating a common market for (fire) arms or investing in research.

Sandrine Bélier is the leader of the Europe Ecologie coalition and also in charge of conscripting new members in the north-east region. European defence is a secondary issue in her opinion: ‘The real enemies are natural disasters. We do not need an army force; we have re-think about the defence of civilians particular to the EU.’

We do not need an army force: the real enemies are natural disasters

The greens are therefore advocating the creation of a European civilian guard for peace, who intervene earlier in order to prevent conflicts. Army or no army; there is a project which is marching along nicely: the creation of a military Erasmus to ‘teach the military leaders of tomorrow to understand, appreciate and defend what we have in common, and that which distinguishes us,’ explains Jean-Marie Bockel, minister of state to the minister of defence, with responsibility for defence and veterans.

Many thanks to the cafebabel.com local team in Strasbourg. Visit their babelblog here