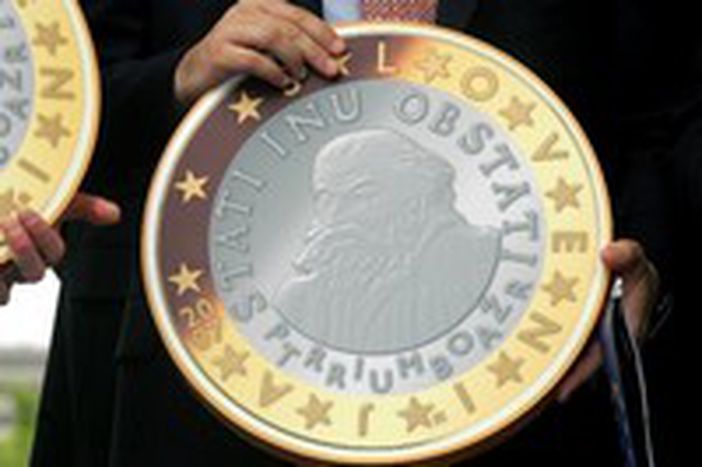 How will the European Union look in 2057? On the EU’s 50th birthday last weekend, numerous leader writers put forward their plausible scenarios for the future. Everything from world domination to EU breakdown was there, depending on the stance of the author. The International Herald Tribune wasn’t, however, purely satisfied with intellectual games. The New York Times Company paper put forward ten questions on the EU’s future, and commissioned American market research company Harris Interactive to conduct a representative survey in five European countries and the USA.

The results provide little grounds for the tearful sentimentality that will accompany the anniversary in many places; internationally, an EU collapse is seen as very unlikely. 85% of French people, 84% of Italians, 82% of Spaniards, 76% of Germans and 62% of Britons answered the question as to whether the EU would still exist in 2057 with a 'Yes'.

The results of this survey further reflect the success of the Euro – despite all the debates about price hikes – both inside and outside of the EU. The common currency increased trade within the EU by 5-15%, according to the OECD. Meanwhile, as a quarter of foreign currency reserves worldwide are now held in Euros, it has become a serious rival to the US dollar.

'The Euro gives us strength'

One of the pleasant surprises contained in the Berlin Declaration was that German Chancellor Angela Merkel could overcome British opposition to a mention of the Euro in the document, and that value could be attached to the common currency’s role in the forming of globalisation. 'We are facing major challenges which do not stop at national borders,' quotes the anniversary declaration. 'The European Union is our response to these challenges. The common market and the euro make us strong. We can thus shape the increasing interdependence of the global economy and ever-growing competition on international markets according to our values.'

So that the Euro can strengthen in the long run, the new members from Central and Eastern Europe should not put off introducing the currency indefinitely. The Euro can only realise its full strength if the Euro zone and the common market are brought into line.

Alongside her attempt to breathe life into the comatose constitution and during the second half of the EU German Presidency, the German Chancellor should respect the fact that entry to the common currency remains on the agenda from Tallinn to Budapest. At some point the Eurosceptics among the old member states – Great Britain, Sweden and Denmark – will no longer be able to resist the draw of the common currency. Without this sense of perspective another fate threatens the Euro – as 'Esperanto money' doomed ultimately to fail. Instead of being a symbol of unification, the common currency would become a sign of division within the EU.

The author is head of capital at Cicero