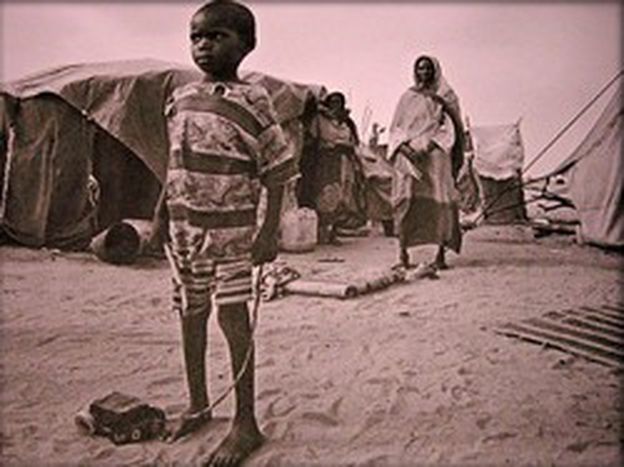 EU-Darfur conflict: stepping up to the plate

EU defence ministers meet in Portugal on 28 September for the final go-ahead for the deployment of EU troops in Chad and CAR, after the UN approved a resolution on 26 September

Monday 17 September 2007. The heat intensifies on the French military base's runways, close to the Chad capital of H'Djamena. Everyday they continue the wait for the return of the ferret aircraft which circle the Chad border; a border which no longer exists. Armed criminal groups, whose members are recruited from the masses of unemployed young persons, have turned the border between Sudan, Chad and the Central African Republic (CAR) into one of the most dangerous regions of the world.

Rebel groups from Darfur have attacked the Sudanese government since 2003. The latter reacted by deploying Arab tribal militia, shaking the region with a cold blooded civil war. At least 200, 000 people have lost their lives and nearly two million are now displaced. The war reached neighbouring countries long ago, where a total of 370, 000 people have been forced to leave their homes. In the face of this problem both countries have already requested international support. So far, this has only come from France, who tends to show a military presence in her former colonies.

In the European council building in Brussels, all 27 members states debate the most difficult military deployments in the history of the EU - the planned EU Mission in the Chad Republic and the Central African Republic (CAR). The 3, 000 man strong troop will protect refugees from continued attacks in the said border region between the three countries. The troops will be under French command and will have a large Polish contingent. Belgium, Finland, Italy and Sweden are alleged to be contributing.

The fact that the EU has now sent not only financial but also military support, after having to accept heavy criticism on grounds of its relative inactivity in the Sudan conflict, goes back to an initiative by French president Nicholas Sarkozy. Bernard Kouchner, his foreign minister, pressured the EU into action on 12 June. After dialogue with the Chad president Idriss Déby, the agreement was finally reached to deploy European troops in eastern Chad regions.

It's up to the European member states to decide in a joint action plan over the coming weeks how the EU mission will accompany the African Union and UN's combined 26, 000 man strong troops in Darfur (already confirmed). The first soldiers are due to arrive in Africa at the end of October. The mission's actual start date is January 2008.

Only the best Polish soldiers to prevent a civil war

French engagement in Africa is not always viewed in a favourable light. The Sudanese government has accused the west of pursuing its own interests with the planned deployment of EU troops. 'Of course, there are diamonds and other raw materials in Africa, but that is not the reason why we are sent here,' says a French soldier, rejecting the accusation. 'This sort of operation would be far too expensive for that. We are here solely to prevent a civil war.'

Poland's permanent representation are extremely satisfied since the UN security council gave the EU the green light on 27 August. 'Everything is going according to plan. There are no delays in negotiations.' Poland was one of the first countries that supported France and also volunteered its own troops for the mission. Near Gliwice, an industrial city in souther Poland, soldiers are undergoing a fitness regime in a special training camp. They also have lectures on African regional studies. Lieutenant Sztarleja points out that 'only the best' soldiers will be sent, in trying not to underestimate both military and psychological burdens. For example, the sight of malnourished refugees or children who are at war with one another, which is the tragic everyday life there.

EU foreign ministers insist upon a resolution with a clearly defined exit strategy. How far will European engagement really go? President Déby has so far only agreed to UN troops and not yet indicated whether the UN troops will be able to take over after 12 months. The diplomats in Brussels still have to deal with the mountain of related questions of detail. It's the African civilians above all who are hoping for an early agreement on these questions - meanwhile, war and persecution go on.

What does 'Joint Action' mean

The so-called 'joint action' is a legal instrument of the European Union and refers to coordinated operational actions by the member states. In a joint action, financial or human resources, expertise or equipment are deployed in order to achieve clearly defined aims. The means of implementation and the duration of the operation are also stated in the joint action document. Decisions on joint actions are taken unanimously by the EU member states

With thanks to Hanna Sankowska