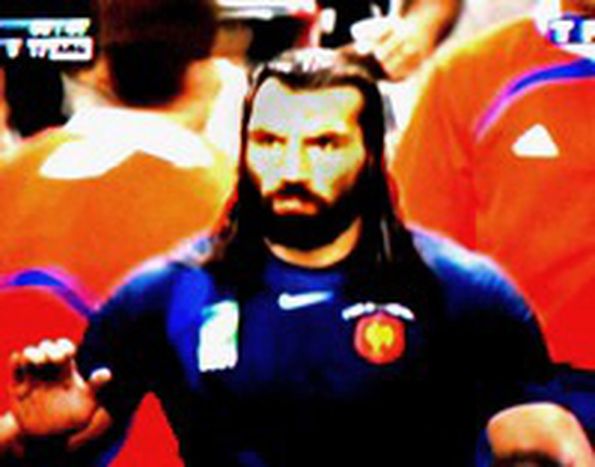 The sixth 'competition to break all records' began on 7 September, in a sport well on its way to globalisation and professionalism

Swing Low, Sweet chariot from the English, Flower of Scotland, from the Scottish, an improvised haka from a group of Italians and some Parisians, wearing Stade Français shirts singing la Marseillaise. A mix of genres circling around pint glasses. The French are playing tonight and the multitude of bars in rue Princesse, Paris, are packed with supporters. The Rugby World Cup is in full swing, with France hoping to relive 1998, when they won the FIFA world cup.

All this because, for a few years now, rugby has been fashionable. Who is to thank for this new interest in the game? Max Guazzini, manager of French national side Stade Français CASG and founder of NRJ radio station. Thanks to him, the pitch is invaded by cheerleaders, entertainers contribute to the pre-match build-up and the players themselves appear in photo calendars across the country.

For the moment, the plan seems to be going according to plan. According to a study by the European Chair of Sports Marketing (ESSEC), the two million ticket cap was passed long ago. Nearly 350, 000 visitors are expected to come to France during the competition. They alone will inject 1.5 million euros into the national economy. The average money spent by a European fan coming to support his team has risen to 2, 245 euros.

The tournament itself (through ticket sales, partnerships, markets and adverts), will bring in around 250 million euros. In addition to this, around four million euros is expected in financial spin-offs. The aim is to reproduce at least 25% of the 'effect of the '98 world cup.'

Even the International Rugby Board (IRB), the event's organiser, has gone as far as publishing an official 'Supporter's Guide', halfway between a traditional tourist guide and a list of the best locations for a post-match celebration.

Preparations have been made all over, for example in Toulouse, at the bar run by Trevor Brennan, former Ireland International and Stade Toulouse player. Here, everything has been pre-prepared, with Australian beer for the Wallabies' match days and even Japanese beer to make visitors to the city feel welcome.

Same five candidates for the title since 1987

One sided games and ones which will not affect the ultimate outcome are on the increase. Certainly, there are outsiders (Argentina, Fiji), and valiant efforts from small teams. Consider that France has a pool of 200, 000 players to draw from, whereas England has 90, 000, Portugal slightly more than 3, 500 and Germany with 4,200. While the elite countries play for the title, the latter dominates Switzerland in the Alpine Cup far from any media coverage.

Tree that hides the forest

For the French players, the financial spin-offs of the competition certainly have appeal. Heroes of the hour, Sébastien Chabal in particular has set a price of at least 200,000 euros per publicity spot. That will help ends meet and widen the wage gap between the top flight and regular players!

Add to this the short shelf life of many player's careers and the difficulty in retraining professional sportsmen, since rugby became a respectable profession in August 1995, you can understand better those who leap at any opportunities and sell themselves to the highest bidder, in the style of Fabien Barthez or Zinedine Zidane after 1998.

In France there are around 1, 000 'professional' rugby players, of which 40% have never worked, possibly benefiting from the 'world cup effect'. There has already been a 10% increase in club players in France, showing the new generations of players will hopefully bring more talent.