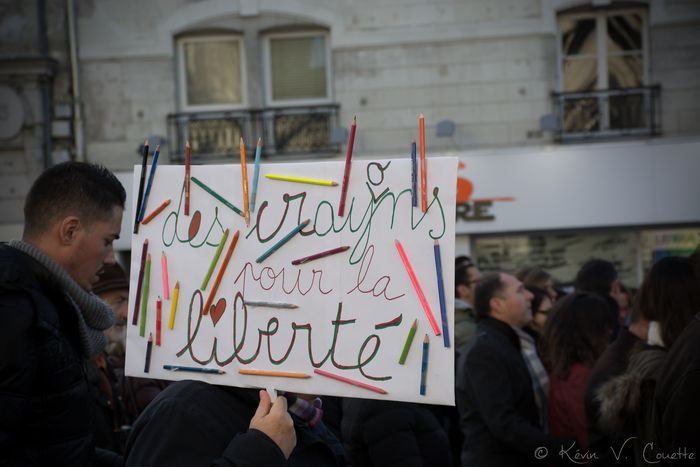 [eng] Freedom of the Press: gaps are widening in Europe

With the goal to alert individuals and public authorities about the freedom of the press and its state all over the world, Reporters Sans Frontières ranks, since 2002, countries based on the possibility for journalists to do their work without fearing pressure, threats or even for their own lives.

That ranking is based on the calculation of an index which is attributed to each country. The weaker the index, the more freedom journalism has in said country.

Nowadays, the ranking rests on a survey translated into over twenty languages that is sent to different experts around the globe. Those experts and journalists must then speak on the status of pluralism, medias’ independence, overall environment and self-censorship, the legal frame, transparency and the quality of infrastructures supporting information’s production. It also takes into account objective elements, as threats and exactions against journalists are counted every year.

An uneven situation between parts of the world

Every edition only points out the important inequalities present in different regions of the world. If you take global parts, you can easily notice that Europe leads the way and stays, in 2017, the best place to practice journalism in total freedom and independence. On the other hand, Asia is falling behind, with several countries at the bottom of the list (North Korea, China, Vietnam, Laos, Iran, Saudi Arabia, Yemen, etc…)

This ranking also puts some light on certain prejudices. It is then possible to realise that, even if Western democracies are, on a global scale, at the top, they still have to learn from less wealthy countries. That fact is present from the ranking’s first edition in which Italy was behind Benin for instance. This year, Costa Rica and Jamaica are amongst the first ten countries, way above France (39th) or Italy (52nd). Freedom of the Press is characteristic of a democratic regime and is necessary to it. RSF’s ranking also reminds us that a People or country’s wealth creation and/or growth doesn’t systematically go hand in hand with its regime’s democratisation. Singapore, city-State of an incredible wealth, is only ranked 151st (but is 8th  for GDP per capita). Countries considered as emerging powers also show this as true. As an example, Brazil (103rd), Nigeria (122nd), Indonesia (124th), India (136th) and China (176th) are not performing well despite some of them being considered as democratic.

A receding Freedom of the Press in Europe

From the start, Reporters Sans Frontières noticed that the Freedom of the Press was endangered everywhere. For the last few years, RSF has shown that the situation in Europe and even within the European Union keeps getting worse. Poland has seen its situation going downhill in two years time, going from 17th place to its present 54th. This is in part due to the grasp that the Freedom and Justice Party (PiS), in power since 2015’s second semester, has on the public sector’s media.

The French presidential election also put forward the behaviour of some political figures. That was the case with Francois Fillon (Republicans, PPE) who did not hesitate to vehemently go after journalists as he was drowning in a scandal that was harming his campaign. It was also the case of Marine le Pen (Front National, far Right) who refused access to public meetings to some journalists but not others. Even more recently, the President of the French Republic, Emmanuel Macron, didn’t hesitate to choose which reporters would be able to follow him during his visit to Mali.

Times are sure getting tougher for European journalists! Campaigns leading up to Brexit or Donald Trump’s election mark down a new step in creating a noxious environment for the Freedom of the Press using a shameless twisting of the facts.

Other political personalities like Beppe Grillo in Italy wish to control the press by creating a popular jury who would be in charge of checking the journalists’ work.

The European Parliament has always been on top regarding Freedom of the Press, even if that institution isn't exempted from criticism itself. One example is when, in 2010, European deputies refused, in a plenary session vote, to talk about the Freedom of the Press’ state in Italy.

This year was an occasion for the Parliament to teach European citizens about fake news. The sub-commission in charge of Human Rights took advantage of this event to invite, on May 4th, 2017, three guests including Christophe Deloire, Reporters sans Frontieres’ Secretary General.

The question of misinformation was the most preoccupying to the subcommission's deputies.

Discussions reminded them of, amongst other things, Russia’s part in the two media outlets it finances (Russia Today and Sputnik).

The most obvious answer to such misinformation campaign would be to practice fact-checking. Though, as Christophe Deloire reminds us, it also equates to trying to plough through the sea. He then suggested to the politics in charge and civil society to think about a way of allowing checked information to better circulate.

After a dialogue that lasted nearly an hour, it is interesting to see that what preoccupies  European deputies is the situation outside the European Union and the influence some third-party countries may have on the European public opinion. Those questions are, of course, essentials, but very few remarks were dedicated to the freedom of the press within the European Union itself where the gap between good and less good performers is widening year after year. It is important for the European Union to watch out for the Freedom of the Press in other parts of the world. Nevertheless, it should also care about it in a more visible way in its own Member States.

In the end, its credibility is at stake when it acts in the outside world. But its credibility also depends on it reminding some Member Countries that the freedom of the press reaches deeply into many values Europeans share and defend.