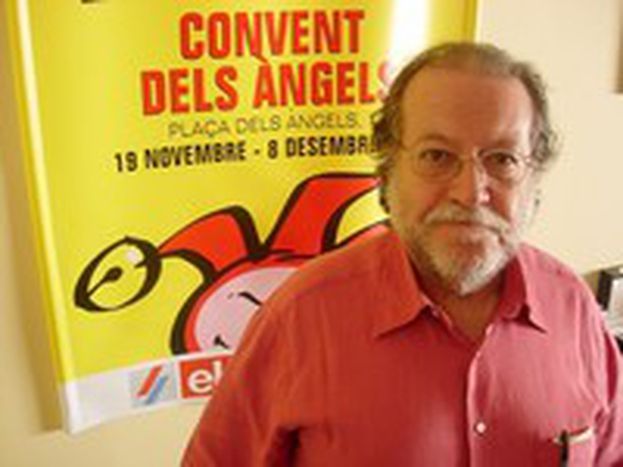 Interview with Oscar Nebarada, editor of the Spanish newspaper El jueves banned from sale on 18 July for containing a caricature of the Prince and his wife in the throes of passion

Assault on the royal family! In the Iberian peninsular jokes harmful to the royal image are not considered funny. The satirical weekly El jueves last week published a caricature of Felipe and Letizia in the sexual act and is now paying for it. Meant as a criticism of Zapatero's campaign to increase Spain's birth rate – an offer of 2, 500 EUR for every newborn child -, this caricature could cost the designer a high price: up to two years in prison.

Great! All this is very amusing.We've never experienced anything like this assault – actually, yes, we have, 28 years ago. But it was just after Franco died, when Spain was still in what has come to be called the transition period. But now we are in a democracy and censuring a newspaper, as did that judge, is an unbalanced and grotesque decision.

Many also consider it a futile measure...

It seems the judge is not familiar with today's media. Because to be consistent he should have also forbidden the publication of all the other newspapers who published the comic, not to mention all the internet sites. He had ours closed down, while other sites continue to display the caricature. Worse than futile, his measure is counter-productive: millions of people now know or know of the comic. But why are the judges after us anyway? Do they not have enough to do trying to catch terrorists?

Could one speak of a return to Francoism?

That brings back sad memories... In the 1970s, I founded the journals El papus and Barrabás, similar to the French satyrical magazine Hara-kiri. I was taken to court 66 times for charges of insanity, professional inaptitude, you name it! I spent four months living away from home and just managed to escape an assassination attempt. But that's just how it was in those dark days. We've moved on since then but sometimes it's hard to believe that we are in 2007!

How do you plan to defend yourself?

Manel Fontdevila (script-writer) and Guillermo (designer) are accused of offending the Crown. All we want is to show that our attitude is playful, not offensive. The role we play is that of a jest. And anyway it's not even really about the royal family: it's one of their secretaries or ministers that we're criticising. The King admits to reading our magazine when on holiday, and other members of the royal household have even asked us for caricatures! We also rely on our readers - who have sent us hundreds of support letters – , as well as on public opinion.... El jueves has existed for 30 years and is among the ten most popular magazines in the country. It takes more than this to stop us.

But isn't there a risk of a kind of self-censureship? The television news for example only show a blured version of the comic....

Has the royal family become a taboo? If so, we will tease them all the more. This week our cover shows prince Felipe as a bee coming to pollinate Letizia the flower: that is how royalty reproduce themselves!

Editor's note: Although the Public Prosecution Service maintains the charge against the authors of the comic in question, they are no longer threatening with a prison sentence and are merely demanding a fine.