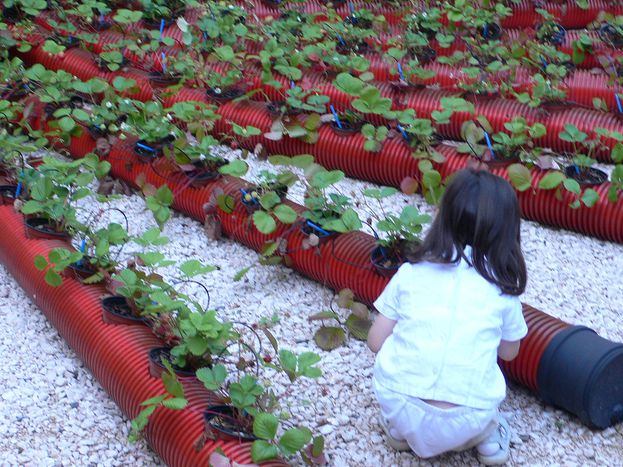 Eco-architecture in Strasbourg: all hands on the deck

Reduce, recycle and reuse. The eastern French city sails through the 3Rs of the recycling laws. Hundreds of flowers dot balconies across the city, keeping guard over it night and day as well as over its new urban architecture sensibilities. Eco-sustainability and a collective conscience come together to define this emerging city

Strasbourg can count on sustainable architecture as one of its defining features. For some it’s a completely new phenomenon, whilst for others it represents an old acquaintance who has only been given an identity makeover now. That’s what Christian Plisson, the president of the European architecture house (la Maison européenne de l'architecture - Rhin supérieur, MEA), says in any case. ‘It’s fashionable to be sustainable, but there are still architects who have more of a conscience,’ he says, referring to the fact that this is now just a trend for the moment.

There’s also the economic factor to consider. Plisson points out that French buyers today are more cautious in selecting their choice of material, which has had an impact on the architects. However, and as always, there are some who don’t respect the rules, especially when it comes to materials for energy sources such as heating or electricity.

The universities are also aware of how urbanism has to adapt itself to new demands. Strasbourg’s national school of architecture (Ecole Nationale Supérieure d'Architecture de Strasbourg) has introduced a new degree called ‘Building Ecologically’, offering fresh perspectives on students specialising in eco-construction. Laura is in her third year of her architecture studies and says that most of her courses are starting to put an emphasis on sustainable development. She also believes that these new architectonic approximations are viable on the market. Look at Denmark, she says, an advanced EU member state for this theme. ‘We have much to learn from reusing and rehabilitating materials,’ she says. 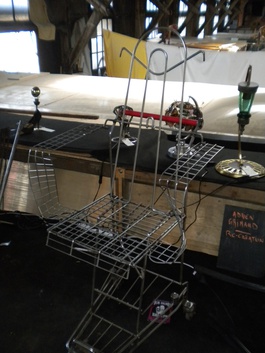 This is the particular field for the artists of La Semencerie. They converted an abandoned building and covered its walls in art. ‘The aim was to find a local place to be the base for experimentation and allowing us to start working,’ explains the founder Nicolas Roulleau. A tall, rather precarious staircase invites you into his small studio. ‘I remember the day we moved her very well,’ he recalls nostalgically. ‘It was hard. There was no electricity or water in April; there was much to fix. His imagination in recuperating and finding old materials contributed to the varying sizes that the premises is now divided into. Individual donations are on the up, and it’s thanks to that that now some thirty artists can work here. They exhibit their work via temporary exhibitions for what Nicolas calls a ‘heterogenous’ public, including neighbours, families and even random politicans who sometimes pop by. He lives in hope that the current owner, who has spent two decades trying to sell the building, never finds a buyer.

The next building I visit has been built in the likeness of its residents. The Maisons à Colombages are in the old neighbourhood of Strasbourg, where a different kind of eco-neighbourhood is being imagined. Anyone interested has to be aware that they have to be prepared for an ‘ambitious’ type of architecture in a ‘community lifestyle’. That basically means being on the ready to roll up your sleeves and put your hands in the cement.

François Desrues, vice-president of ‘Eco-Neighbourhood Strasbourg' (Eco-quartier Strasbourg), is one of the people who came up with the concept of the project in 2001. As a concerned citizen he though it necessary to ‘change the way in which we live’. Through regular meetings the group, who are inspired by German architectural models, managed to see in the construction of the first building of the new decade which was a product of both sustainability and participation. Ten families now share the building. The light in their apartments transports us to the light of a Nordic country, and consume little energy thanks to their solar panels and wooden material. ‘We used every existing innovation in architecture,’ says Desrues. 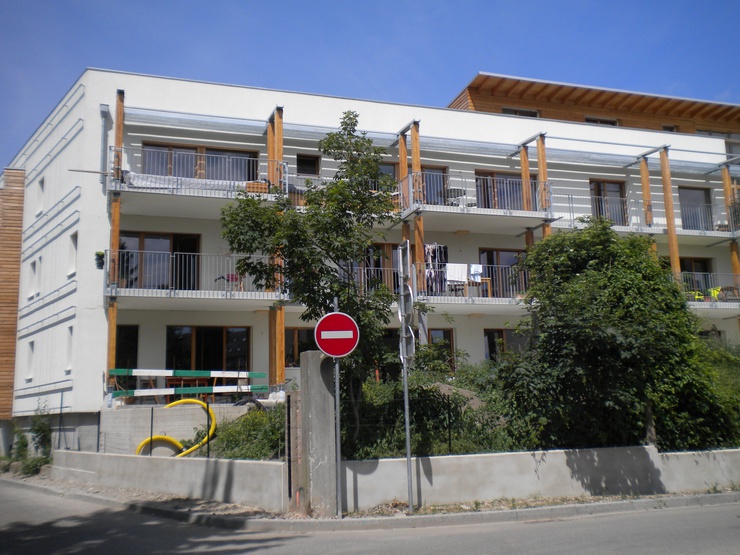 Various common rooms can be found in the lower part of the building. They act as a meeting spacecs for neighbours who see each other at least once a month, ‘because the architecture places a collective lifestyle at your disposition.’ So, living in an eco-neighbourhood is almost just ‘another lifestyle’. Everything is posible without having to fork out huge sums of Money. Desrues has called for Young people to take more interest in these types of projects. Two flats are currently free for rent, he adds. Buyers can expect to pay around 2, 800 euros per square metre compared to the 3, 000 euros (£2, 500) that a normal building in Strasbourg might charge. There are currently 200 projects similar to Strasbourg’s eco-neighbourhoods across the whole of the country. Is this the first French eco-city of the future?

Many thanks to the cafebabel.com team in Strasbourg, especially Tania Gisselbrecht