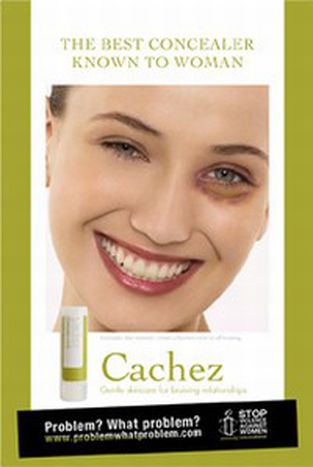 Don’t just look away, do something!

Amnesty International has launched an international campaign against gender-based violence. Unfortunately, the political will to tackle the problem head on is often lacking – even in Europe, as the leaders of the campaign told café babel.

Your neighbour stumbles home after an evening in the pub. You hear a loud bang, his wife screams, then she starts to cry. Almost every day it is the same. You turn the volume up on the television and prefer to look the other way. After all, what can you do about it? In any case, it’s none of your business…

One in Three Women Affected

“Wrong!” says Amnesty International, which on 5 March 2004 launched its Stop Violence Against Women campaign. “Denial and ignorance are amongst the greatest barriers standing in the way of ending violence against women” says Edna Aquino, director of the international human rights organisation’s campaign. “Amnesty is trying to tackle three aspects of the problem: toleration of it, justification of it and ignorance about it.” The problem is far more wide-spread than many assume. In an international survey, Amnesty International established that at least one in three women have been beaten, forced to have sex or sexually abused in other ways at some point in their lives. The Council of Europe estimates that domestic violence against women leads to more fatalities than cancer or traffic accidents.

How can violence against women be dealt with? “Amnesty International cannot offer direct help to victims. That is the task of voluntary organisations which work directly with victims by offering, for example, emergency numbers and women’s refuges. We help by making people aware of the problem, by trying to get the law changed and by working together with other organisations” says Gezerca Tigani who is responsible for Amnesty’s campaign in Europe and Central Asia.

The campaign has made use of some quite unusual motifs so as to catch people’s attention. Posters depicting a woman with a pretty smile were to be seen on the London Underground – at first glance no different from the other posters advertising cosmetics. Given a second look and it becomes clear that the woman has a black eye and seems to be promoting products for the make-up company “Cachez” (French for “cover up”).

But sensitising politics and society is not easy. Edna Aquino says that fighting violence against women is still not a high enough political priority. “Violence against women is still considered a social problem and so only short-term measures are employed. We want violence against women to be a criminal offence.” As an example, she highlights the fact that “some states sign declarations on the rights of women but then do not enforce them. The standard excuse given is that they are in contradiction to cultural principles. Particularly in these countries we try to work together with traditional leaders so as to change their position on the matter. Unfortunately, they are often oblivious to human rights issues, let alone issues of women’s rights. They consider the laws of their religion to be those that must be adhered to”.

Edna Aquino remembers a case in Afghanistan. A mother had ordered her sons to kill her daughter because she had had an extra-marital affair. In the Muslim world, honour is considered so valuable that it often conflicts with human rights. But violence against women is not a specifically Islamic problem. There are not fewer cases in Europe, Aquino says. “Many cases go unreported, which only makes the situation worse. In Sweden for example, often considered a role-model country, many campaigns run on a national level are not followed up with action at a regional level, and women suffer as a result”.

Ignorance is the biggest problem in the fight against gender-based violence – and everybody can do something against that. Amnesty suggests that complaints about adverts, films and articles which convey a derogatory image of women be lodged directly with the media. They also encourage people to petition governments. So the next time you hear your neighbour scream, think twice about whether it might not be your business.