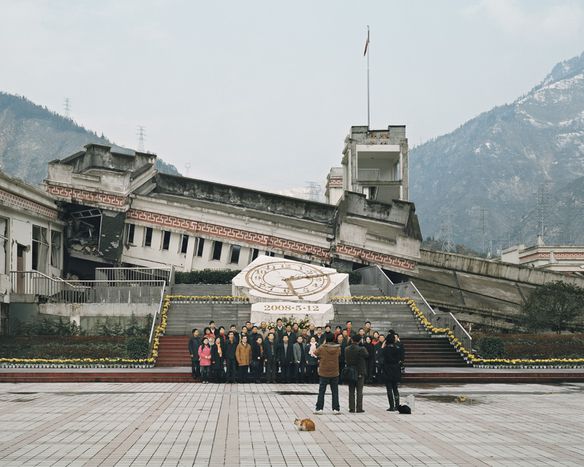 Ambroise Tézenas is a landscape photographer, though he isn't interested in traditional landscapes. His portfolio includes photos of Auschwitz, Pripiat, Rwanda, and Sri Lanka; areas unfortunately famous for their historic catastrophes and barbarous pasts. Since 2008, Ambroise has been documenting these "dark places" that are now becoming tourist attractions.

"Dark" or "grief" tourism is about making money off the dead. The idea is to visit places that are closely linked with death and suffering, to go to cities - or the remnants of cities - that have been the scenes of natural or human-induced disasters with hundreds of victims. This new type of holiday package is drawing more and more travellers. Depending on the tour operator, the visits can include some fairly unsavoury options. At Chernobyl, your guide will let you know the exact levels of radioactivity present throughout your visit, just to get you extra worked up. At the ruins from the 2008 Sichuan earthquake, they're sure to tell you the exact number of victims who died in the disaster. In Karosta Prison, on the shores of the Baltic Sea, you can even "participate" by becoming an inmate for one horrific night. In other words, it's a feast for all the senses.

cafébabel: You worked with Professor John J. Lennon of the University of Glasgow, who studies the tourism industry. To begin with, you chose a dozen sites. How did you come to decide on your research methods?

Ambroise Tézenas: When I started working on the subject I realized that Lennon was one of the forefathers of the question. He wrote a book called "Dark Tourism, The Attraction of Death and Disaster" that's a valuable reference on the subject. So I went to Glasgow to meet him, and then we continued to work together remotely. We worked together to choose the research sites. There were obvious places that he'd already written about in his research, and others that I chose from my own work. I wanted the choices to illustrate the whole idea of "dark tourism", to try to bring a certain clarity and thoughtfulness to the concept. Professor Lennon wrote the preface to my book, explaining academically what "grief tourism" really is.

cafébabel: You travelled as a photographer, but within the groups themselves. What was the goal of doing things this way?

Ambroise Tézenas:  What I actually did was contact the tour companies, and pay for the tours myself. I participated in them like any other tourist, though with one big difference: I took my tripod and camera. At the beginning, I made myself a set of rules that I managed to stick to for the entire project: instead of studying the tourists and their motivations, I thought it would be much more interesting to study the "dark tourism" industry and the kinds of tours that the companies offer. Some sites have been protected due to a sincere desire to commemorate a historic event, but others have clearly been staged. In Karosta Prison, where tourists have the option to spend a few hours or a night as a detainee in one of the prison cells, a guard comes to wake you up in the middle of the night.

cafébabel: For the younger generation, is "real-life experience" the only way to gain a deeper understanding?

Ambroise Tézenas: The day I visited Karosta Prison, some kids participated, spending the night as detainees.  They were part of a school group. Their teacher told me that, for him, it made sense to have them relive that moment in history. So it was treated like any other lesson. Except three children fainted from stress that night... 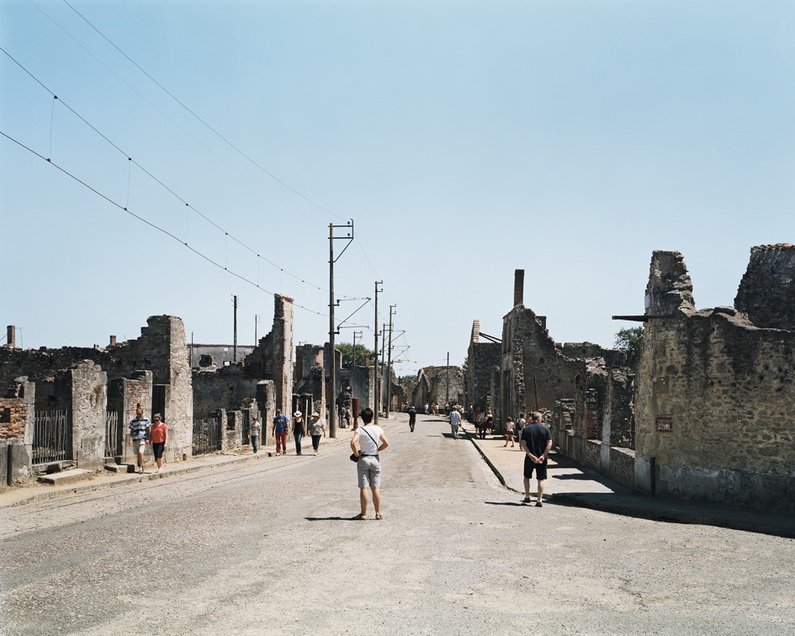 cafébabel: How do you explain this need to live the horror, the desire to be able to say, "I experienced it"? How did you feel going to visit these commemorative sites?

Ambroise Tézenas: I don't think there's any one thing that explains it. The idea was to observe, analyse and question that feeling. One of the first things to question is the industry's retelling of history for personal gain, because the money-driven logic of the tour companies doesn't have much respect for historical accuracy. The available tours give a selective retelling of the story; some sites are commemorated, even over-commemorated, while others are passed over in silence.

cafébabel: Besides the documentary aspect, there's the polished aesthetic of your photos. Was it part of your goal to bring out the beauty of these locations?

Ambroise Tézenas: Not at all. I'm a photographer who works with simple tools: a view camera, film, and usually just one lens. I don’t do staged photography. But when you've been a photographer for over 20 years, of course you do end up creating a photographic record over time. The documentary nature of images fascinates and captivates me, especially in this kind of place. Here, even if my transcription is subjective, it's still a representation of what is really happening. 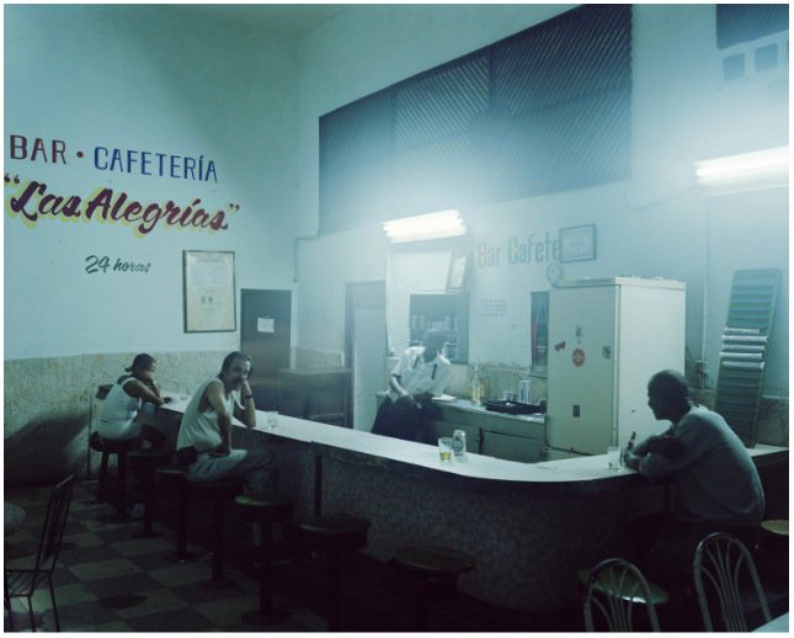 cafébabel: You use a view camera, which creates a certain distance that, according to you, is extremely valuable. Why is photographic distance so important and what does it allow you to do?

Ambroise Tézenas: For me, photography is all about distance. It's a way to either involve yourself in the image, or to deliberately not do this. Also it can create rapport with the observer that can either be an invitation, or a kind of distancing. With a research subject like this one, paying too much attention to individuals would have seemed like accusing them. That's the opposite of what I wanted; it would have led to pathos and something like caricature. In my work as a photographer, the view camera happens to be my favourite tool for coming to terms with both the subject and the landscape. I like the distance and the constraints it imposes: the time required for set-up, limited film meaning a limited number of photos... it requires more thinking. I like the non-immediacy it creates.