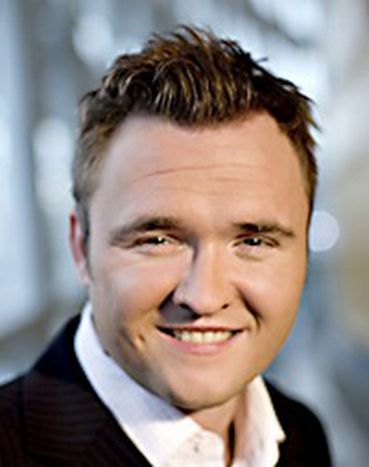 MEP of the Socialist party in parliament, the 32-year-old is part of the young generation of elected candidates on a European scale. On the benches of the French National Assembly in Strasbourg, 4% have not yet reached the age of 35

How did you discover the world of politics so early on?

I have always been passionate about politics. I started to read newspapers at about the age of ten. I studied political science at university. To make a difference in this world, several opportunities presented themselves to me: either working for a non-governmental organisation (NGO), or being in politics.

I always had a desire to put a lot of effort into an activity in which I believe, even if it is for pleasure. Doing it full-time is a dream which becomes reality. I have been able to become a politician early in my life, because the chance presented itself quite quickly and I knew that I had to seize this opportunity.

What's your relationship like with colleagues in the European parliament?

My relationship with other members of parliament or other politicians, even the older ones, is excellent. Things have changed these last few years: the European parliament has gained its legitimacy. Residents of member states in the EU are beginning to understand how it works. In Denmark, national, political men appreciate our impact and try to form contacts and create networks with us.

Is being 32 an obstacle in everyday life?

No - in any case, not in the world of politics. On the contrary, I have a good network thanks, notably, to the young people's movement of the party to which I belong. It is different for the media: it seems to be a lot harder to make yourself heard when you have not yet made a name for yourself. It is easier for someone of a mature age who has already been a minister in his/ her own country, for example. I am still working on that.

Is your approach any different to that of the wily old politicians?

I do not think that our ethics or work methods are any different. However, myself and my other younger colleagues are hungrier: we have a thirst for action, movement and change inspired by the need for new things. We are lucky to be here, therefore we work as much and as seriously as possible. Our commitment to the cause knows no limits. It is a lifestyle for us, a calling, maybe even a way of life. Our father's generation has played an important political role for the last 20-30 years. They also work hard, but for them, it is a routine.

What do you expect from the European industry in the future?

I hope that it will encourage democracy and will lay down a set of themes which will affect all European citizens in their daily lives, like the environment or work conditions. The European Union must sort out these problems, which go way beyond national borders and become a tool for citizens. The EU also needs to be more active on the international stage. We can have as much, if not more, influence than the United States. This is what we must strive for.