"Community spirit is not the same as communism"

café babel put five questions to Alain Philippe, President of the MACIF Foundation which promotes the social economy in France and Europe 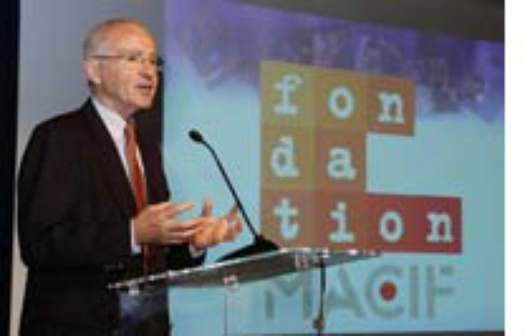 Community spirit and democracy: these are the concepts that underpin the work of the MACIF Foundation (Fondation MACIF) which aims to improve the profile of the social economy in France and beyond. café babel asked its President, Alain Philippe, what the social economy means for Europe today.

What is the social economy?

The word ‘economy’ is rather banal. It simply represents all the activities of collective humanity. But as far as we are concerned, it does not just refer to entrepreneurialism. The word ‘social’ symbolises for us a goal, an aim. It gives ‘economy’ a different objective to aim for compared to those required by concepts such 'the capitalist economy' or 'the liberal economy'. Taken together, these words are rich in meaning as the social economy is associated with respect for important principles and the promotion of universal values which, of course, do not change when you cross the borders of the different countries in the European Union.

You are the president of a French foundation. Is the social economy most strongly identified with France? Where has it put down the strongest roots?

The social economy is particularly active in France, even though its image needs improving. Yes, it is certainly more present in France and some other southern European countries than it is across the 25 member states of the Union as a whole. Italy, Spain, Portugal and Greece are some of the countries where the social economy is particularly active, in addition to Belgium, Luxembourg and Sweden to the north of France.

When people talk about alternatives to capitalism, Europeans from the former Eastern Bloc tend to be suspicious as the spectre of communism is ever present. What can be done to reassure them?

The social economy is not based on an ideology but on community spirit and action. Its organisational structure is based on democracy and its activities are largely market driven, even if its main aim is not making money. So, in this context, democracy is not the same as collectivism and community spirit does not mean communism. It would be a shame if in Central and Eastern Europe today the pendulum were to swing as far in the other direction from the meridian as it has done in the past. The social economy must be able to prove that it incarnates the meridian line which is so dear to those people concerned about community spirit, citizenship, democracy and improving daily life.

We are fighting for a European statute for all the main players in the social economy; that is co-operatives, mutuals, associations and foundations. For foundations, our respective social aims already extend our operational limits beyond our national borders. Nevertheless, it would be symbolically important for our legal structure to be European and for people from other EU countries to be present within our organisation in the framework of European action programmes. Furthermore, the economic, social and environmental stakes, to name but a few, are high on our continent. It is therefore a question of thinking, constructing and acting together.

What are the MACIF Foundation’s plans in Europe?

The MACIF Foundation is a founding member of the European Organisation for Social Economy Foundations (Pôle Européen des Fondations de l’Economie Sociale). Currently, we are contributing to a project concerning young people and discrimination taking place in Belgium, Spain, France and Italy.