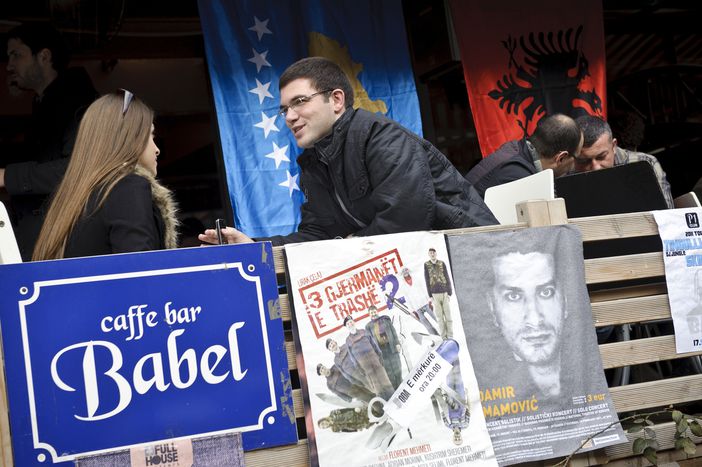 Coming home to build Kosovo for the EU

Kosovo has been independent for three years. After a decade of abundant humanitarian aid an economic boost has lacked in the country whilst corruption has increased. It doesn't put motivated citizens off though

Kosovo's new leading class risk being held back by the slow corruption in a country which hasn't kept its promise to its young people until now. 'The elite does not represent the country but a counter-trend. They are back to change things,' explains Agron Bajrami, editor in chief of the nation's main newspaper, Koha Ditore ('Daily Time'). Are they voltarian or naive in their idealism, or an intellectual avant-garde addicted to social networks like the Italian secret society, the Carbonari, with their eighteenth century pamphlets? Maybe, or they can be an enlightened new class who can transform the country from a state of corrupt apathy to European integration.

Young people don't recognise themselves in the Vetevendosje! which was an old critical movement from the extreme left favouring the self-determination of the Kosovar people. Today it's the third largest political force in the country behind the opposition. Nor do they recognise themselves in the old guard rehabilited in the heart of governmental structures. Kosovars, who are mostly of Albanian ethnic origin, are hoping for a dialogue with their Kosovar Serb counterparts. They're educated and are European-minded, and have the passion to change their social and professional positions. A cosmopolitan generation has travelled and studied abroad. They see young Kosovar Serbs as an obstacle to the existence of a state of law and its democratic development. When they come back from countries such as Germany, Switzerland, England or the United States, they come back to a bogged down country. But it's also a land of opportunity for them.

'An important part of today's youth have already lost their vision of Kosovo as a land of opportunities,' counters the Italian ambassador for the north of Kosovo since 2009, Michael Giffoni. Optimism was at a peak during independence but it's diminished as quickly as the internal economic crisis has developed. 'The situation could end up being a bomb waiting to go off,' the diplomat worries. Arben Avdiu was a financial consultant in Arizona in the US and returned to Kosovo after the country's independence in 2008. 'I came back two years ago. I can't do that much in my domain here, so I have rolled up my sleeves and started a new career in agriculture with three associates.' The idea is simple: move beyond the concept of agricultural sovereignty, which remains the only method of exploitation of Kosovo's earth. 'The earth is good and the climate is favourable. I intend to base my business here and I won't leave again,' Arben assures.

Corruption and spirit of the company 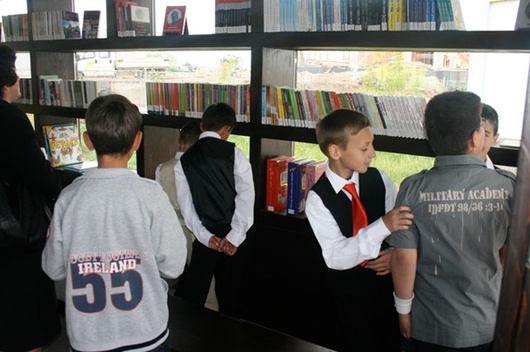 For its part, corruption is palpable. Young people don't talk about it so easily, avoiding the question from a foreigner like me like the plague. They merely say it's something that needs to be accepted for the moment. But sometimes paying the pizzo (mafia tax) gets unbearable. That's why many young autonomous workers are resigned to abandoning their own entrepeneurial projects. However, Bujar Nracaj didn't. He is a young architect who moved to Switzerland in the nineties to complete his studies. He came back with the idea of Bunateka, a library set up in school courtyards where children can combine fun with learning. 'The royal Norwegian embassy helped set the initiative up in seven schools,' Bujar explains.He's not the only one who evaded the pizzo. The grand Adem Jashari memorial of Prekaz, a tribute to the memory of the 52 victims massacred in a Serbian attack during the Nato-led war in 1999, came about as a community request. It was built by one of the family's survivors, Murat Jashari, the son of the war commander of the Kosovo liberation army who the memorial is named after. The aim was to create a foundation with mainly foreign funding. The education ministry wanted to participate, but the Jashari family insisted on financial transparency. Today the mauseleum outside Prishtina has become one of the most important places of pilgrimage in Kosovo. 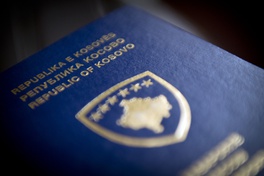 The European commission started a visa liberalisation dialogue with Kosovo in 2009, with talks ongoing today. Psychologist Njomsa, 30, spent time abroad between Albania, Germany, Libya and Russia before coming back home to Kosovo to develop his field. 'This country is a real land of opportunities,' he says. 'Certainly having a visa will have a positive function on a psychological level, allowing people to travel more freely, to learn and to discover new cultures, to feel integrated in the international community and to pass the complex of being Europe's unwanted child. But there won't be a mass emigration abroad as happened before the war.' Jashari says first the government needs to create some cohesion so that Kosovo can become respectable in the eyes of the international communiuty. 'We can only start thinking of internal reforms after that,' he says. The Italian ambassador adds his two bits too: 'The only path to follow is the European perspective which would allow the region a guarantee of stability, prosperity and the rights of the citizens. On the other hand it's unthinkable that Serbia could ever enter the EU without having recognised Kosovo as a country first.'

Translated from Kosovo under 30: “Should I stay or should I go?”