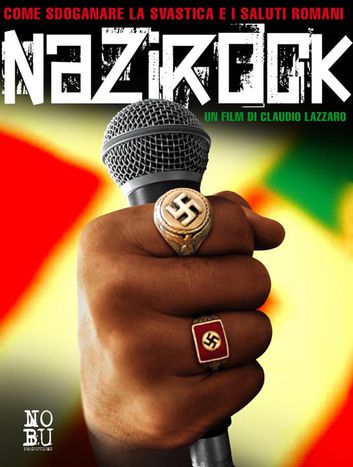 Cinema NAZIROCK: give the swastika and Sieg Heil credibility

Claudio Lazzaro has a massive build, a shaved head and looks pissed off. He is in Faenza at the meeting of independent labels ('Meeting delle Etichette Indipendenti', MEI) to pick up his special prize for his second rockumentary NAZIROCK. 'If an artistic expression exists, then an identity exists,' is the thesis of the film director, who focuses his lenses on the world of music groups of the extreme right and their fans. 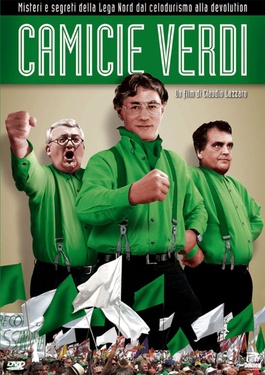 Having severed ties after ten years as a press journalist for the Corriere della Sera daily, he spent the pay-off money on creating Nobu Productions. 'Nobu' is short for 'no budget', enabling him to be able to continue investigations that others wouldn’t touch. NAZIROCK is the follow-up to his first documentary dedicated to the Lega Nord (the northern league party), Camicie Verdi ('Green Shirts',).

'The documentary shows the credibility given to the nazi-fascist right by a cynical centre-right in search of votes,' Lazzaro explains. The film is divided into two parts, starting with the 2006 demonstration by prime minister Silvio Berlusconi’s former Casa delle libertà ('house of freedoms', CdL) party against the Romano Prodi government, which also records the participation of radical parties of the right. The current president of the chamber, Gianfranco Fini and former leader of the Alleanza Nazionale, described it as a 'political masterpiece' because it legitimised all parties of the right. In the second half, Lazzaro documents a youth camp organized by Forza Nuova ('new force', FN), a party in the traditionalist fascist mould defined by strict catholicism. He interviews young people 'with nice faces' who coolly juggle merchandising of spiny crucifixes, revised historical texts and dancing to the punk rhythm of nationalist rock groups. 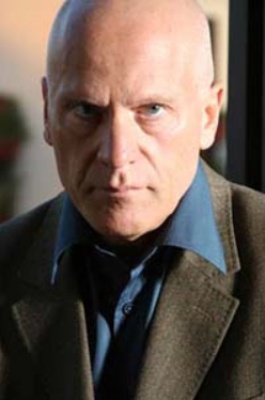 'In Germany, unlike Italy, they have come to terms with their history,' says Lazzaro as he comments on a scene of the film where, as the leader of the Nationaldemokratische Partei Deutschlands ('national democratic party of Germany', NPD) arrives, the public is asked not to greet him with a ‘sieg heil’ salute because they could be prosecuted when returning to their home country. According to Lazzaro there is a strong collaboration at a European level between the movements of the extreme right. 'There is a political industry of fear which exploits the uncertainties of globalisation,' says the director, 'those who don’t have the cultural means to understand end up being taken in by these ideologies.' For Luca Lorenzi, head of the right-wing youth movement Gioventù Italiana, the documentary is sectarian and shows the efforts of a left which 'lacks appeal and which resorts to the usual device of anti-fascim.'

The film, badly received by the right, has encountered significant distribution problems. The director reports intimidation towards retail outlets, and the website has been hacked into, whilst a copy with a modified ending has been posted on the net. The DVD has English subtitles and is available online and in bookshops.