The European election campaign is little more than national controversy and soundbites. Once again, the chance to bring the EU closer to the people has been missed. 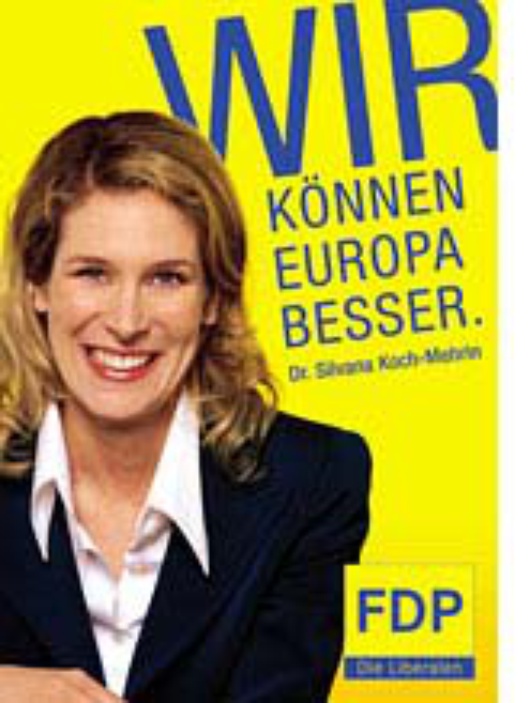 Elections are all about talking politics, soundbites and opportunism. Par for the course. It is also no longer particularly surprising to see the entire manifesto boiled down to just four trite words on campaign posters, such as ‘Better for the country’. European Parliamentary elections have really stepped up this ‘dumbing down’. But while, at general elections, the electorate is told what they are voting for – the parliament – and which party they should (please) vote for, even this information is often lacking during election campaigns for the European Parliament. They simply go by the name ‘European Elections’. Snappy, but it does not necessarily help to raise the profile of the European Parliament, let alone to explain that the European Union is comprised of several institutions. For it is not as simple as a vote on the EU as a whole. Now some may argue that an election campaign should not become a platform to raise awareness of the EU. But what better time to do just that?

European Parliamentary elections are a unique opportunity to forge a truly European electorate. In the space of three days, voters in 25 countries will elect representatives to the very same House. But rather than debating European issues, many parties in Europe are running a national campaign. They are running a campaign that actively seeks to confuse the issue and are exploiting the European Parliamentary elections to score points at home.

They rail against the government and insist on upholding the national interest. The CDU use images of people who, they claim, have lost their jobs as a result of the poor policy of the coalition government in Germany. The fact that the political groups in the European Parliament do not vote on labour market reform or national governments goes by the board. There’s no mention of Europe. It is also not clear why the Spanish Social Democrats want to be dragged into the European Parliament. Their banners proclaim: ‘Nos gusta Europa’ (‘We love Europe’), but scratch the surface and the slogans begin to look hollow. What of consumer protection, transport, the constitution? The Greens are alone in having a European candidate list. Other parties fail even to mention that they cooperate within European political groups.

The public want to be informed, and they should be informed. Information should serve as a means to increase acceptance of the European Union and to allow the public to make educated decisions and voice criticisms. But, as every party knows, every vote carries equal weight, whatever the rationale behind the decision. The people of Europe regret the remoteness of European politics and would like increased transparency. Yet, such an election campaign does not just stand in the way of addressing these issues; on the contrary, it actively exacerbates them. The legitimate reasons for voting in the European Parliamentary elections should be prominently set out. And the legitimate reasons to vote a particular party in to the European Parliament are European reasons.