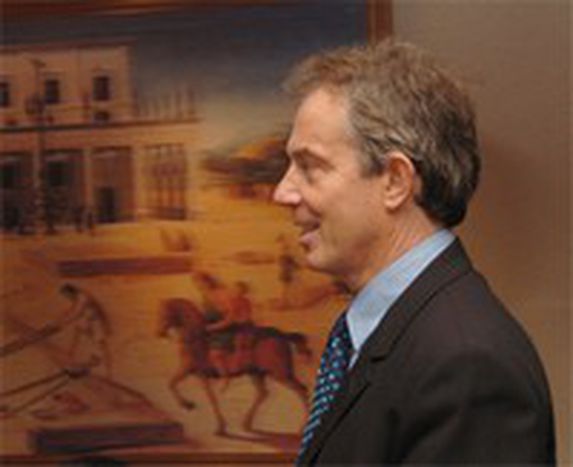 Blair and Europe, all for one

Just when Europe is in deep crisis, the terrorist attacks in London could lead Europeans towards a sacred union against terrorism, united around the British Presidency.

After victory for the French and Dutch No voters in the constitution referenda, the impasse over the European budget at the June Brussels Summit (underlined by the Blair-Chirac rivalry), and a badly digested enlargement with notes of discord appearing between ‘young’ and ‘old’ Europe, the European anthem could rediscover its tune in the face of the terrorist risk – as long as the leader of the orchestra, Blair, plays his part moderato cantabile.

Since July 1, the United Kingdom has presided over a European Union which is not completely powerless in the face of the terrorist scourge. The trauma of September 11 and the Madrid tragedy in March 2004 had already pushed the ‘War on Terror’ onto the front page. Although the European Council co-ordinates action taken in this domain, the choice of which anti-terrorism measures to take is decided upon by individual member states. Curiously, the fight against these ‘barbaric’ acts only asks for simple co-operation in terms of policing and legal matters. Since the Anti-terrorism Declaration in 2001, inter-governmental action plans and initiatives have followed, evidence of the will of the EU to take action in this area. The Hague Programme, created in November 2004, brings together several ambitious proposals: the creation of a centre based in Brussels for strategic analysis of the terrorist threat; implementation of a Schengen Information System (SIS I and II) for transport security and the infamous biometric standards for passports; and inauguration this autumn of an Agency for the Management of Operational Cooperation at the External Borders (AFE). A veritable arsenal of financial procedures has also been adopted, in particular to cut the financial means of suspect organisations and to fight money laundering through the Financial Action Task Force on Money Laundering (FAFT). Furthermore, Europe often favours dialogue as a strategy and prefers to attack the roots of the problem, namely the recruitment and radicalisation of young terrorists.

For John Holmes, the British Ambassador in Paris, “it is likely that the attacks in London will lead to an intensification of the ‘War on Terror’ within the European Union.” A prediction which has been reinforced by the emergency meeting, on Wednesday July 13, of the Home Secretaries of the 25 member states. Their objective: to accelerate the adoption of six of the measures dreamt up after the Madrid attacks. Among the envisaged changes is the controversial recording of telephone conversations and emails by telecommunications operators for use by intelligence agencies. But the task remains difficult and many specialists have exposed the difficulty of obtaining a European consensus, since the state of the terrorist threat varies considerably from one country to the next. In an interview in March 2005 with the Financial Times, Gijs de Vries, the EU’s “Mr Terrorism”, was already deploring the lack of uniform strategy in the introduction of measures and slow progress in terms of reform. Despite the creation of a day dedicated to the victims of terrorism (March 11, the anniversary of the Madrid attacks) co-operation between states remains insufficient for many experts. As John Holmes put it, “the ‘War on Terror’ is in essence challenging, especially as total security is impossible to achieve. How do you fight a suicide bomber?”

The British Presidency’s mission is shaping up to be a difficult one. Will the act of terrorism perpetrated in London push Tony Blair into asking for increased integration within the key domains of Community policy? Indeed, his programme for the Presidency of the Union, which appears to be heavily concentrated on economic reform, could change its focus. Will differences of opinion on thorny issues such as the Bolkestein Directive or Britain’s rebate fall by the wayside before the demand for cohesion in terms of security? At a time when European integration is in deep crisis, Tony Blair, carried along by strong public emotion and the solidarity shown by his partners, now holds the key to restart Europe’s engine. A spirit of concession was already wafting through Gleneagles, where the G8’s participants rushed to sign compromises prepared by their teams so as not to create more problems. One can only hope that such a spirit will reach Brussels, where, more than ever, the EU aspires to harmony.