Birgit Õigus: Let the voice of Estonia's forests be heard

In Estonia, 50% of the landscape is covered by forests. It seems that the relationship between Estonians and nature has long been a great source of inspiration. Last August a group of students from the Estonian Academy of the Arts created a series of giant megaphones, installed on the 18th of September in Voru forest. The aim? To get people to hear what they're missing...

cafébabel: How did you come up with the idea for the megaphones?

Birgit Õigus: We had been given the task of creating a library in the forest. From the beginning of the project it was clear to me that we wouldn't be bringing any books into the woods, let the books stay in the libraries! Instead, I got the idea to create an audio library. The installation is called Ruup (ruupor means megaphone in Estonian. ed.), The main idea behind Ruup is to bring the sounds of the great outdoors into the space that I created. The forest has an endless assortment of 'audio-books' and it is constently issuing new releases! You can get fresh ideas and experience the peacefulness that nature has to offer from inside the megaphones. Ruup's one aim is to push one of our main sensory perceptions - vision - into the background, while instead focusing on you sense of hearing. It's ultimately a place to relax, and escape from the everyday. 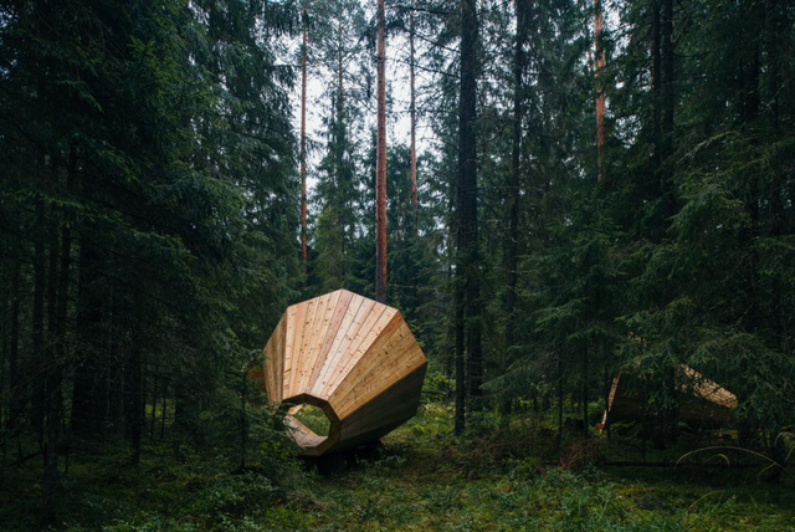 cafébabel: You collaborated with Derelict Forniture on the project. Since they create unusual and original furniture from recovered wood, adandoned sheds, and industrial scrap, what was the origin of the material used in the Megaphones?

Birgit Õigus: We consulted with the guys from Derelict Furniture design throughout the project. They helped us to think outside the box. In this case, however, the megaphones were not made from recycled material.

cafébabel: Could you explain your relationship with the forests of Estonia? What did you feel the first time you heard the sounds of the forest amplified?

Birgit Õigus: I have a warm relationship with Estonia's forests. I like to go to the forest when I need fresh ideas. I go out walking in nature. I felt really good when we first tested out the installations. Sounds in nature are so different from the sounds we hear everyday in cities. They are so pure and beautiful that, the first time I heard them, I felt a funny kind of recognition within me; new sounds that were so familiar yet also forgotten, and unheard. 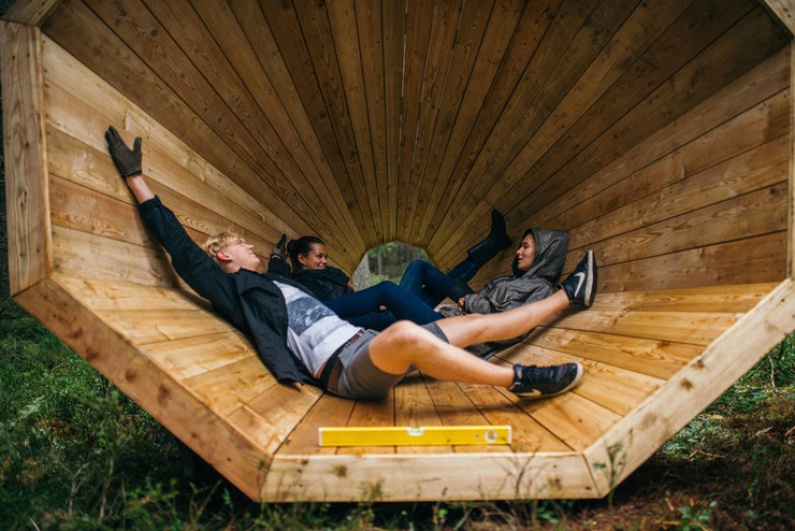 cafébabel: What kind of sounds do the megaphones reveal to us? Are there sounds we wouldn't otherwise be able to hear?

The symbolic shape of the megaphones helps the user to focus and listen to what happens around them in the forest. This place exists to remind us to listen to what nature has to say. Wood is not like steel, hard and stiff. It is a softer and warmer material. The form of the installation amplifies sounds on certain frequencies just like a regular megaphone. Wood adds a warm and velvety acoustic touch to the sounds of the forest that enter the chamber.

cafébabel: Soon the COP21 climate talks will be held in Paris. How much do you feel confident these global events will achieve worthwhile results? What should be the role of art in this kind of process?

Birgit Õigus: I'm not really adequately prepared to talk about the science on such topics. But, in my opinion, artists can help their audience think about such themes through their work. For example my megaphones were aimed at making people listen to the sounds of nature that surround us everyday, but are ignored, because they only exist as background noise for most people. 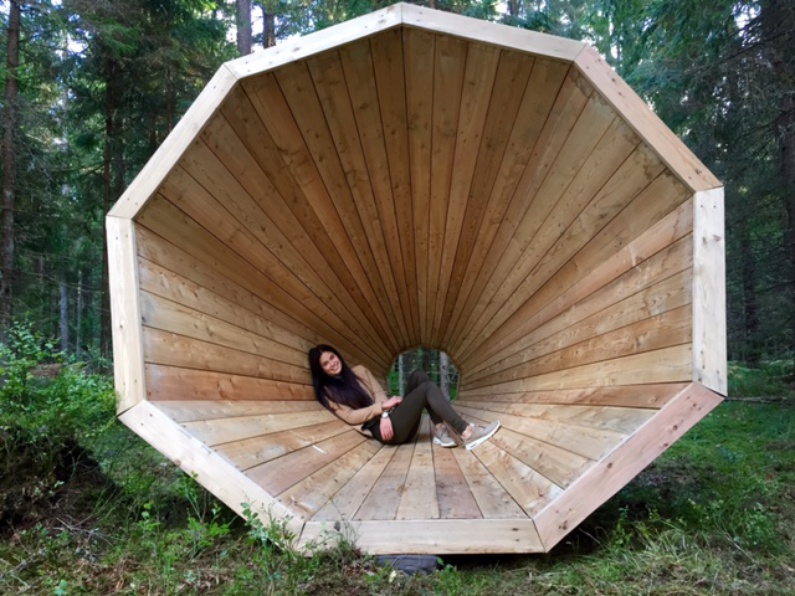 cafébabel: How do you think forests could be better preserved in the future?

Birgit Õigus: I'm into design and architecture. In my case I tried to create a design which wouldn't pollute its environment and would instead be a part of it. The wellbeing of nature is more down to the specialists in the environmental field. In my opinion, the main thing with forests is that they should be preserved, and not completely deforested. Forests makes the land they grow in stronger, and they makes the people living on this land stronger too. Estonia is in the top 5 EU countries for forest cover, between 55-60%. I hope it stays like that.