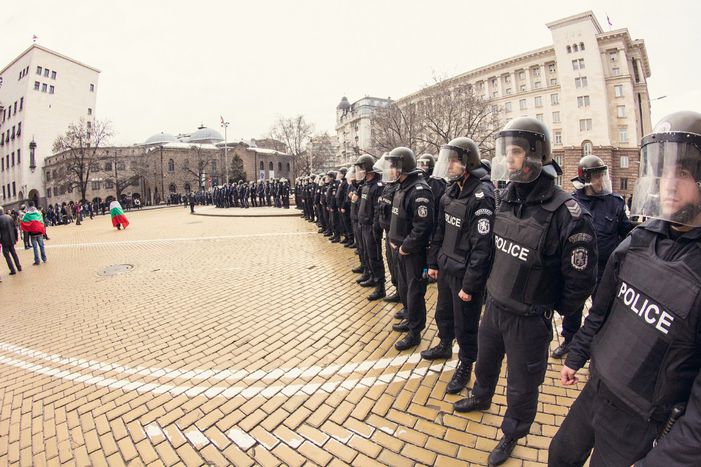 Boiko Borisov, the former mayor of Sofia who has been in power since 2009, announced the resignation of his centre-right government on 20 February due to nationwide protests against rising electricity prices and rioting. Is he a victim of his own lust for power, or can he make a triumphant comeback in the upcoming elections?

Borisov's lust for power sealed his fate, the Bulgarian daily writes: 'Borisov put the presidency, the judiciary, the media and the economy under his personal control, and in so doing thought he had all state power in his hands. From the outside, that made him look like a sort of colossus, but in truth it only weakened him. When the people withdrew their trust in him, he immediately collapsed. The state failed to maintain order as it should do because he had stripped it of its power. While Borisov still believed the power was in his hands, it suddenly turned up somewhere else: among the people. Powerless, Boiko Borisov has shown himself to be exactly what he is: a limited human being, insecure but pompous, fearful but brash, uneducated but somehow likeable. In former times these qualities made him look like a hero. Now they only work to his disadvantage' (Evgeniy Daynov)

With the resignation of his government prime minister Boiko Borisov is hoping he will win the next elections, the Austrian left-liberal dailycomments: 'Some people are talking about a 'Bulgarian Spring', as if this were all about toppling a dictator and his corrupt family who've held power in Sofia for decades and finally bringing democracy to the country. But most of the protesters want nothing to do with such an idea. They seem to be clearly delimiting their call for more social justice. The coalition led by the socialists, which went down in the maelstrom of embezzled EU funds in 2009 is a bad memory for Bulgarians, as the polls have shown. Borisov may also have a plan: tossing in the towel at the height of the social crisis and then coming back in style. Bulgarian doesn't have statesmen, it's got gamblers' (Markus Bernath)

Social protests like those in Bulgaria could well spread to other EU countries if the pressure from the streets goes unheeded, the Romanian liberal-conservative daily cautions: 'These events clearly show how unsuitable some economic programmes proposed by the troika for the crisis-stricken countries of Eastern Europe have been. No one has wanted to face up to the fact that too many - and too harsh - austerity measures can constitute the biggest obstacle to economic development.

Read 'The new idea behind Sofia' on cafebabel.com

The national and European decision makers must understand how important it is not only that the money from the structural funds continues to be paid out with the new 2014-2020 EU budget, but also that the procedures are simplified to give countries easier access to these funds. Failing that, the danger that events like those in Bulgaria will spill over into other countries will only grow. And that will lead to the loss of investor trust, destroying what we've accomplished so far on our European path' (Cristian Unteanu)

The Czech Republic is indirectly involved in Bulgaria's government crisis since the protests of tens of thousands of Bulgarians are also directed against the price policy of the Prague energy group ČEZ. But for the Czech liberal daily widespread corruption is the real root of the crisis: 'After four years in office the government can boast a few victories, but it didn't solve the main problem, namely rampant corruption. Corruption is the reason why so few foreign investors come here, why growth is so minimal and the country still isn't part of the Schengen zone. Together with Romania the country is still under the guardianship of the EU. The control mechanism from Brussels was originally introduced for five years. But last year an extension was already agreed. The latest EU commission assessment from last July wasn't exactly encouraging. It testified to Bulgaria having a unique level of organised crime in the EU, which has a major influence on the entire Bulgarian economy' (Ondřej Soukup)