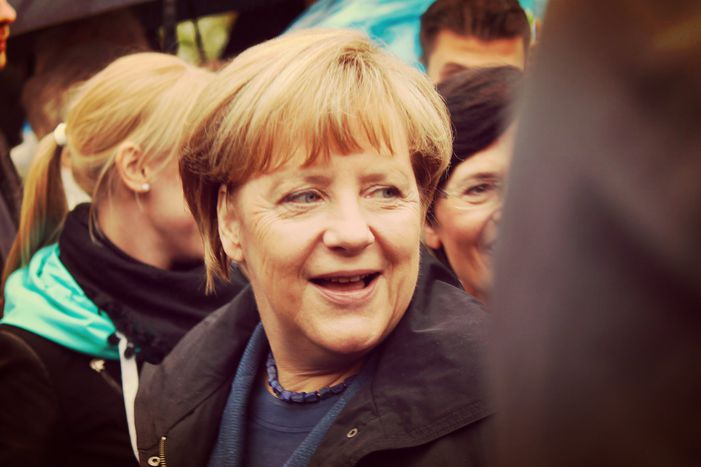 The winner is… Angela Merkel! Or at least that’s what the online rumour mill has been suggesting over the last few days. However there is a chance that the German Chancellor will be awarded the Nobel Peace Prize tomorrow, because she is a tireless supporter of the global peace process… right? Wrong!

Alright, so the Chancellor does have her merits. Where she has had a history of ‘Merkeling’ (nominated for the German youth word of the year 2015, meaning to dither or delay on a decision), in this case Angela has taken the initiative and acted quickly on the issue of the refugee crisis. Germany is the exception to the rule in Europe when it comes to welcoming refugees with open arms, defying the EU quotas by accepting as many refugees as possible. Though she is known in Berlin as the “Teflon-Kanzlerin”, (roughly translated to "Bulletproof Merkel"), she has somehow become the embodiment of a kind and selfless Germany. The leader who would otherwise show no emotion seems honestly touched by the fate of refugees. With this view however, she will have to fight against her party (The Christian Democratic Union), as numerous members have written an open letter against her current policy.

Merkel’s clear decision making on this issue is both right and admirable, Nobel Prize-worthy it is not. The fact remains that Europe is still at the beginning of its refugee crisis. According to forecasts, by the end of the year up to 800,000 refugees could have come to Germany. Taking all of these people in is one thing, but the chance of long-term integration with the opportunity to start a new life in Germany, is another.

Merkel addressing the European Parliament on the subject of the refugee crisis.

Germany is being celebrated abroad for its welcoming attitude to refugees, but the conditions inside the country are often chaotic. Some examples from Berlin: on the hottest day of the year, hundreds of refugees waiting for hours in front of the State Office of Health and Social Affairs (LAGeSo) without being supplied with food or even water. In the old town hall in Wilmersdorf, now a refugee shelter, there are two showers for over 200 refugees.

Angela Merkel cannot personally take to the streets to provide food or showers to the newscomers, but she can ensure that the local municipalities give the proper support. These communities are the ones taking in refugees, and it needs to be ensured that they provide the proper level of integration and support. However these communities feel let down by the federal government which has left them in the lurch. Recently, a video emerged of a Social Democratic Party politician from Munich bursting into tears because the city received so little support from Merkel’s government.

The Nobel Peace Prize should be awarded to people or organizations who have achieved great things . This definition does not yet apply to Angela Merkel. If awarding the prize to Barack Obama has taught us anything, it’s that when it comes to rewarding contributions to peace, we shouldn’t count our chickens before they have hatched.