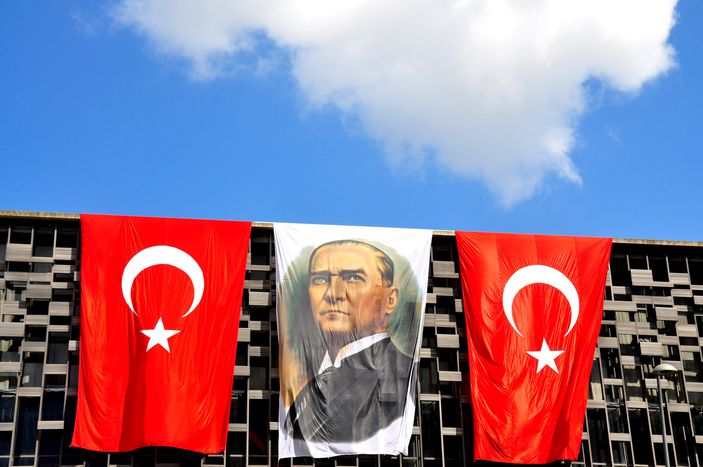 An Albanian in Istanbul on children’s day

Whilst hundreds of Turkish students protest against internet censorship, fight for more resources for public universities and sign petitions for history books telling the truth about the Ottoman empire that the country was once part of, an annual children’s festival takes place.

Created by the modern secular nation’s founder Ataturk in 1920 to celebrate the first national assembly of Ankara, games and dance celebarte the ‘father of the country’

When I think of Istanbul the first image that comes to my mind of Mustafa Kemal Atatürk. I was fourteen and taking part in children’s day on 1 June, the official holiday of national sovereignty in Albania, with folk groups from across the Balkans performing. Atatürk’s portrait was surrounded by colours and music. The united nations has now consecrated a children’s day on 20 November, although the event's origins were more nationalist. Turkey’s founder proclaimed that ‘sovereigny belonged to children’ when he created the official day on 23 April. Now I am back on the banks of the Bosphorus and Atatürk is as omnipresent as ever – in window displays, on palace balconies, in offices and official buildings, in schools, the Tatilya attraction park in Istanbul as well as on the inevitable main square called Taksim where a giant image of the ‘Gazi’ or ‘victorious’ reigns. However, 23 April also marks the inaugural session of the national assembly which took place in Ankara for the first time in 1920. A huge stream of pride dresses the streets with its singing and dancing children, as their teachers explain what Atatürk did. 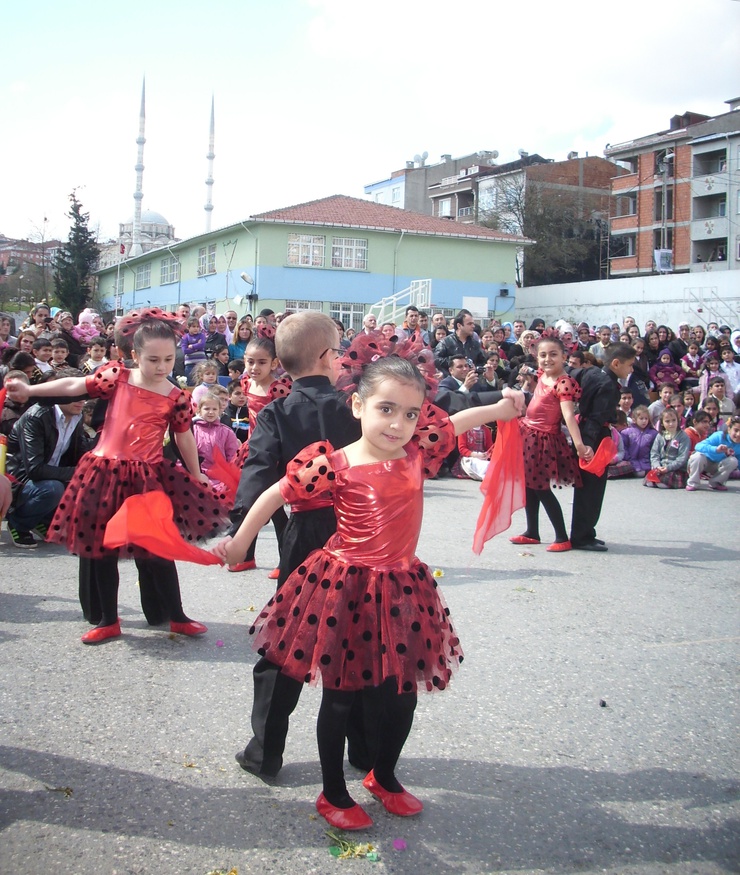 ‘The future of our nation depends on you, children!’ chimes the ballet teacher in the middle of activities at the Cengiz Topal school in the neighbourhood of Eyup, on the western edge of the city. ‘All of these roses, stars and the joys of the future are yours.’ Bezya, 7, has been practicing her dance for a month and will be performing today. One father murmurs his pride to me, that’s my daughter singing, the one with the plaits. I was once that girl; do they realise what they are celebrating? ‘It’s more than a nationalist protest,’ explains Ali Faik Demir, professor of Kemalist studies at Galatasaray university (Kemalism is the set of principles defining the secular nature of today's Turkey - ed). ‘These celebrations are a hymn of peace. The main motto is that children don’t want war. There’s no strong opposition to these events because this is not about a Kemalist celebration. We don’t want to indoctrinate whoever or create some kind of propaganda as this event is so much more than that.’ 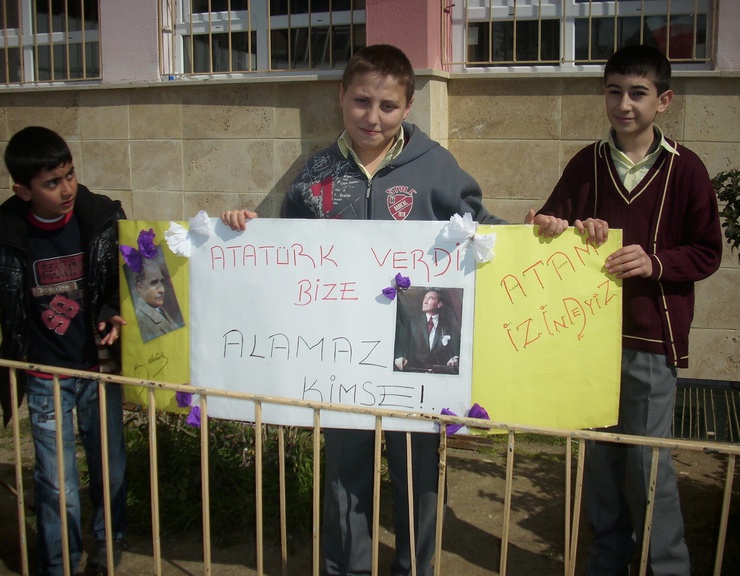 Yet Turkish flags are flying in every direction. Students invoke the name of Atatürk in front of Galatasary as they unite to protest the university’s admission procedures, hailing their rights and equality as Turkish people. ‘We don’t tell the truth about the Ottoman empire,’ says Caglar, 20, a Russian and Armenian literature student who has signed a petition demanding the revision of old history books. ‘We don’t hear about what it had to do with the Greeks and the Armenians.’ He is not the biggest fan of children’s day. ‘One day every year we speak about education and rights – well, it’s not enough. Children will fast find themselves facing the dilemma of opting for a public or private university. Everyone should have the same opportunities – be they rich or poor, the children of workers or the children of entrepreneurs.’ There’s a sort of ‘open sesame’ code in Turkey which allows the offspring of civil servants to get the answers to the university entrance exams. It’s this spirit of inequality which Caglar is against.

‘We don’t tell the truth about the Ottoman empire’

Children’s day remains a good memory for the other young students I meet; after all, it’s a day of school where you don’t have to go to school, but play and eat sweets. Miriam and Gizem are two young eighteen-year-old girls smile as they remember a time when they had to learn poems off by heart. ‘But with time the event lost its value,’ Miriam reveals. ‘The government wants to impose its ideas. We end up only remembering children and adults during one