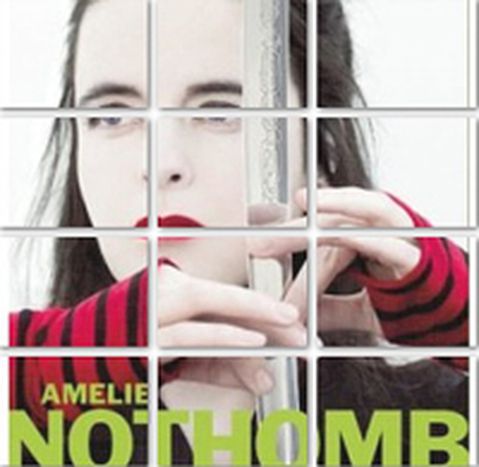 CKZ 114 (aka 'Pannonique') is the star of the new hottest new Parisian TV phenomenon 'Concentration' – meaning.concentration camps. She’s shy, pure of soul and intrinsically good, but suffers, along with her fellow prisoners, at the hands of a camp torturer freshly cast from the public-at-large. The panting voyeurists at the end of the television cable have the pleasure of sealing the fates of two camp prisoners. Death at the click on the remote control.

Enter Kapo Zdena; an attention-seeking, media-obsessed camp guard who increasingly loses the pleasure in abusing her victims. The reason for such apathy lies in the decided composure of prisoner CKZ 114, whose motto of survival rests in her silence. Viewers like it, and that’s all that matters.

When the darling of the ratings utters her ‘divine’ words (or even just her name, 'Pannonique'), she becomes the heroine of all front covers, saving her fellow condemned souls from death at the touch of a button. The central theme of Nothomb’s tragedy rests on the love-hate relationship which plays out between Zdena and Pannonique, but with very different ends. For one, it’s a dogged fight for media attention, for the other, a sheer fight for survival.

Unsurprisingly, the original release in Belgium and France of Nothomb’s slender book Sulphuric Acid ('Acide Sulfurique', 2005) brought much criticism despite conquering the rest of the Europe’s bestseller lists in 2007. French magazine L’Express called it 'clumsy,' whilst Le Progres noted its 'incompetence' and Le Monde labelled it a 'pathetic call' to the TV generation to finally switch off their sets.

'And the moment finally came when the pain of another was no longer enough: they wanted the spectacle'. So reads the first line of this most unpleasant of novels. The fictional programme 'Concentration' basically functions like a concentration camp, except for the fact that every step and emotion of the prisoners is transmitted straight into the living rooms of the gawping general public: barbarism in moving pictures. That which was initially thought of as good by Nothomb – the denunciation of a lecherous perversity of such a spectacle and public depiction of the private - becomes a farce in Sulphuric Acid. The mix of extermination camp and I’m A Celebrity – Get Me Out Of Here! is all too brazen. Sulphuric Acid attempts a comparison which is inevitably doomed to failure, over and above the banality with which it concerns itself.

Over the past few years, the European book market seems to have one salient recipe for media success: Nazism. Les Bienveillantes ('The Kindly Ones', 2006), was a bestseller for American-born Jonathan Littels and swept up many awards in the process. German author Günter Grass’ fall from grace after his secret involvement in the SS was brought to light

Taking the Holocaust out of its historical setting has never, however, been dared before. Lazy protagonists who throw around words like 'belief', 'resistance' and 'morality' all too cheaply with swollen phrases such as 'your eyes are the murderer', makes Nothomb's absurdity less plausible.

As is typical to Nothomb’s style, the result of Sulphuric Acid is a lack of humanness. In previous novels such as Hygiène de l'Assassin (Assassin’s Hygiene, 1992) or Cosmétique de l’ennemi (2001), the Belgian writer already dealt with the dark side of the human soul. In her sixteen other publications, humanity fails dismally in the end.

On the evening of Pannonique’s execution, everyone tunes in: poets, children, blind people and even the competition won’t be able to tear their eye away. Shocking? Grabbing the remote control is all it takes to switch off – or to send Pannonica to her grave.