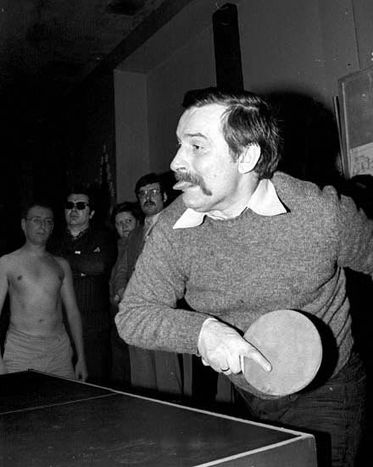 For two days at the end of April 2009, the Polish capital becomes the 'centre of Europe' as the EU's largest centre-right party descend on the city. Quality time spent between British, Spanish and Polish colleagues raises an understanding of what the last twenty years mean, and the gap between east and west. Opinion

Malika and Pedro are in Warsaw for the European people’s party (EPP) congress. The largest European-level party are presenting their manifesto for the European parliamentary elections in June 2009. We know each other because we worked for an online magazine, whose journalists of different nationalities from the twenty-seven countries in the EU (and beyond) work side by side on the same principles. It couldn't be more European if it tried. She’s English, he's Spanish and both live in Paris. The two are in Poland for the first time in their lives. They don't know what to expect. 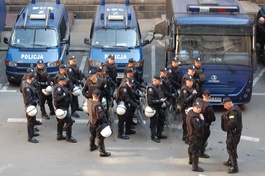 Outside, posters mark one month before the fifth anniversary of the 'latest' EU member states and European election posters dot the streets. For two days, Warsaw has become the centre of Europe, states Poland’s second-largest daily, Gazeta Wyborcza (‘Election Gazette’). This is difficult to conclude, as the two days attending the congress will be spent locked away in the palace of culture and science, the tallest building in Poland and a former gift from the Soviet Union. Is this not ironic? On 29 April, shipyard trade unions clash with police, angry at EU closures of shipbuilding sites. Protests go on for national solidarity. A Polish journalist asks the pair, who are inside the press room, what they think about these protests. They don’t think anything; they didn’t know that something was going on outside. Later, we discuss how Solidarnosc signs at the protest refer back to the 1980 movement created by Lech Walesa, which led to an anti-communist social movement in the country. ‘We don't have a clue about many things,’ says Malika.

In the evening, we watch Hair (1971). The black-and-white satire runs for seventeen minutes, depicting a real-life international hairdressing contest whose participants come from the former Soviet Union satellites, the judge flown in from Paris. We laugh uncontrollably, their eyes are as wide as 50p pieces. The English subtitles are good, but they don’t reflect the situation and nuances of the language well. Besides, if one hasn’t lived communist-era hairstyle, it is probably more difficult to understand. The bored director Marek Piwowski, who was commissioned to do the film for Polish television, zooms in on a seated woman's legs, who playfully points her foot between a standing man's legs at the contest. 'But, this is a sexist film,' Malika complains. How can one explain that this isn’t sexism, but burlesque? 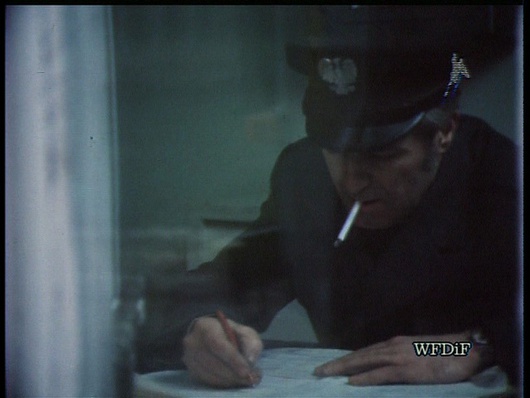 It’s a lot more instant with the Krzysztof Kieslowski film A Night Porter’s Point of View ('Z Punktu Widzenia Nocnego Portiera', 1977), about a strict night porter on a power trip, bent on controlling and checking everyone who crosses his path. We all recognise it: 'This could be a Spanish film, only the guy would have a moustache,' exclaims Pedro. After all, Spain had its Franco, and Germany has won mainstream recognition (including an Oscar) for The Lives of Others (2006), telling the story of a Stasi agent. Moreover, overzealous people and informants can be found in every culture. Everybody knows this, and they all understand it. It will be worse if we descend into Trotskyism. In conversation, we talk about the parents of a mutual friend in Paris who were Trotskyites. Our explanation for our laughter is that ‘to be a Trotskyite in Paris is a little like being a Rastafarian in Siberia. Apparently you can, but it doesn't make sense.’ ‘The French just have this,’ the two reply. In Paris there might be a lot of people whose parents regard themselves as Trotskyites or advocates of Maoism. I know, this is very amusing, a rebellion package. I'm sure that it is great to feel safe under the care of a welfare state.

Is that famous Polish gall coming out of me? Will we all be newcomers from the Orient to 'them'? Is it good that we have our own future? That it was so difficult, awful, and wrong? The story about the queues for meat and oranges once a year at Christmas time is like a tale about Bluebeard or like the story of world war two. We all understand what it was like and that it was terrible, but it is difficult for us to imagine it and empathise. It’s the same with ‘communism’; they don’t understand it. ‘68 was the year of the revolution for them.

All that is in the past, it has finished and the memories are both bad and at times are good. Now we are all a part of the European Union, therefore, we are one. It pains us a little as Germany took away our turn. It’s enough to look at the spot of the European commission which resulted from the twentieth anniversary of the fall of the ‘Iron Curtain’. Nothing else is important but their wall, they are acting as if it started with them and not with us. However, it is all too late because to the knowledge of young Europeans, the end of that era was the fall of the Berlin Wall and nothing else. We can't blame anyone for this; in the end the demolition of the wall with the people’s bare hands is a beautiful symbol. 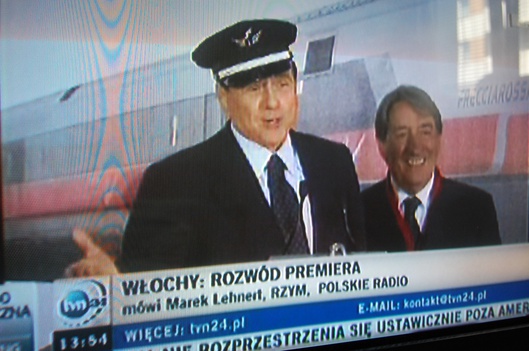 Well, maybe it is a shame that after the initial euphoria, Lech Wałęsa, who led the Poles out of communism, was abused. We should have come up with a name for him, just as the Dutch did for their Queen. Every airport tourist could have bought sweets with Wałęsa wrappers, a Wałęsa T-Shirt, fake moustaches and a pin of Our Lady. Wałęsa would be associated in Poland like mobile phones and Silvio Berlusconi are with the Italians. Berlusconi, who has just announced that his wife is suing him for divorce. The timing of the news explodes surely because he wants to overshadow everyone and everything. The EPP Congress would mean nothing if it wasn’t for Silvio, one of the twelve EU heads of state in the party (alongside Angela Merkel and Francois Fillon, for example - ed), grabbing the attention of journalists. What a shame that he didn't do anything funny, for example when the 72-year-old jokingly accosted a policewoman who was giving him a fine and simulated sexual movements on her from behind.

Half of Europe has watched this over and over again on YouTube, and now his second wife is exposing his ‘frequenting of minors’ in the tabloids. Veronica Lario has stood by Berlusconi for nineteen years, but now something has broken her silence. Of course, Silvio is not bothered by this. He is posing in photos with the host of the centre-right event, Polish prime minister Donald Tusk, and he glows as he smiles and shows off his beautiful porcelain crowns. Does he symbolise Italy? I don't believe so; he embarrasses all the Italians abroad that I know. Some even say that their country should undergo ten years of guardianship of the EU and be governed by the Swedes. Maybe then, they would have a chance for some normality. In this case, Berlusconi would not be the PM over and over again and the streets of Naples would not be hidden beneath a mountain of rubbish. The mafia would then not control every aspect of the economy and the millions of euros that come from the EU would in the end be spread in the gap between the north and the south.

I hope that Poland isn't only associated with the militant church and the beating of gays. The priest of the Spanish socialists and the priests from the Entropa installation, installed by Czech artist David Cerny at the European parliament, played a joke on the whole of Europe and at the same time made a fool out of the Czech government, who was holding the six-month presidency of the EU at the time (Poland was pictured as priests with rainbow flag in the installation - ed). The Czechs have it easier than the Poles. They are so entertaining; they have the best beer and a lovely box of chocolates as the capital. It is cheap there, they are atheists and they have a mentality which mirrors that of the Germans. They have directors, writers and artists. The Poles are resentful and have a grudge against everything.

We give Europe more than cheap labour, sausages and Zubrowka vodka

Malika sees things differently; even though she was born in England, she has south-east Asian roots, and understands what it is like. In Pakistan, the residents from the rural areas where her parents come from call England by the name of 'Far-Away'. It’s interesting; I wonder whether the Polish euro-orphans (when one parent moves to another EU country to make a living, and the child stays with the other parent), would nickname it the same thing? ‘This trip has given me a great deal, our generations can teach each other a lot,’ Malika says. I really hope so. We give Europe more than cheap labour, sausages and Zubrowka vodka. Let this be a Polish document and a Polish poster school to raise awareness of the fact that much has changed because of 1989. It is good and it could be a lot worse. This is enough for now.