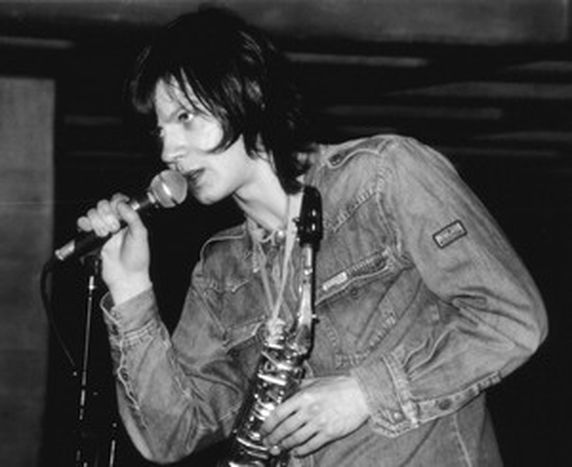 At 28, the prodigious composer and late-night jam-session organiser is the only Russian alto-sax player active on the London scene. We catch him at the launch of his new fusion set ‘Findamorale’ at the London jazz festival

A pale, slim, serious man with dark circles under his eyes, and blondish shoulder-length hair tucked under a knitted hat emerges from the gloom of the red-brick stairwell. ‘Great you could come tonight, we’ve got a brilliant line up,’ he smiles broadly. He ushers me up the stairs, into the plush-red comfort of the musicians room just above the cross-beams of the venue - the Baltic restaurant - a beautifully restored old coach-builders workshop.

His band's wildly eclectic performance features playful sax solos and joint-pieces, a melodic pianist, a wild and dark trombonist and Michael, who provides reggae-style vocals to a couple of numbers. ‘The colour of the fusion we play depends totally on the musicians playing on each project,’ Strigalev explains. ‘Eighty percent of it is finding a good tune – the rest is down to the style – bossa nova, bebop or whatever – that the bassist, drummer and the others bring in with them. I can influence a song I’ve written but I can’t control it.’ Zhenya appears older than his 28 years, and very serious about his chosen profession. 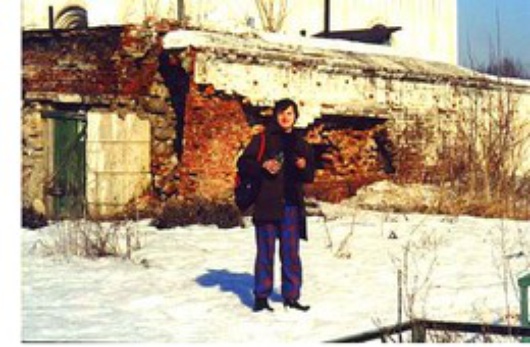 ‘My parents were very influential early on,’ he recalls. ‘I was given piano lessons at the age of eight and basically ordered to practice! Not because they wanted me to be a musician, they just wanted me to get a well rounded education. My teachers said I had talent, so when I was fourteen when I moved onto the alto sax. I’ve always been fascinated by jazz. My father was really into the scene in the seventies and eighties when it was more of an underground phenomena. There was always jazz on the record player at home, and Charlie Parker, Sonny Rollins and Coltrane were all musical phases I went though. I tried to learn their styles and increase my vocabulary so I could be like them in their ability to say what they wanted to say, musically.’

He studied musicology after school for a year, then carried on teaching himself. But when a couple of years later the reed in his mouthpiece broke, it was difficult to continue; reeds were difficult to find in Russia. ‘I didn’t play for two whole months. When I called the guy who had sold me the saxophone he yelled: You don’t NEED the music! You’d better sell me back that saxophone so I can sell it to someone who can make better use of it! Horrified, I practiced ever day after that.’ And at seventeen, Strigalev was crowned ‘Best Saxophonist’ award in a prestigious national competition.

Jazz: from Russia to London

The music college student found himself doing compulsory military service like every young man over eighteen in Russia, and worked from 7.30am till 6pm until he found his way into the army band, scheduling practice hours into his rota. ‘It was more difficult and tiring to practice during these years because you have to be on duty too. The only way to improve was to go into town and join in on the jamming sessions at night.’ After the army, Strigalev travelled between Moscow and St Petersburg, jamming with different projects and recording three albums. At 25 he won a scholarship to the Royal Academy of Music in London. England beckoned. 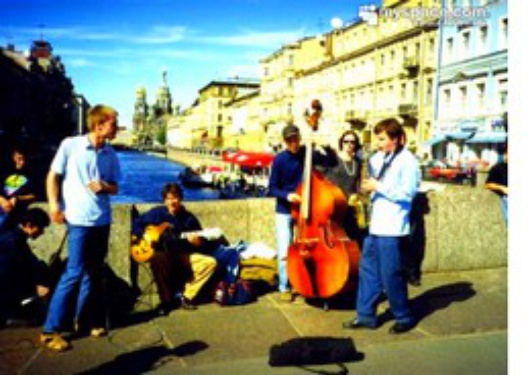 ‘In comparison to Moscow, the London scene is much more open. There’s a great mix of sounds and people are up for almost anything - I really like that about the UK. I’m not really part of the Russian community, although I have Russian friends. I just wanted to experience England, learn the language, find my own space and understanding of the culture, without outside influence. A lot of people in the Russian collective here either complain about the UK but don’t want to leave, or love the UK and say that Russia is going to hell – which I don’t like because obviously it’s not.’ Strigalev works with English artists such as pianist Nick Ramm from the Fire Collective, who penned three songs for his last album. ‘It’s difficult to talk about national identities in music,’ he says. ‘I definitely learned a new approach and increased my musical vocabulary here in England. But it would be hard to say I feel this composition I’ve written is more ‘Russian’ than that one.'

He sees a future full of fruitful collaborations. ‘It’s fun to play your stuff with different people - you can bring those emotions back to your regular band and develop it further. I want to develop the scene here in London and Hoxton, find more people who are jazz supporters and bring more European bands to the UK - which doesn’t really happen at the moment.’ At this, Strigalev pulls on his woolly sock-hat and grins. ‘We’re jamming until 3am every night at Charlie Wrights this week – wanna come?’ Who am I to refuse. 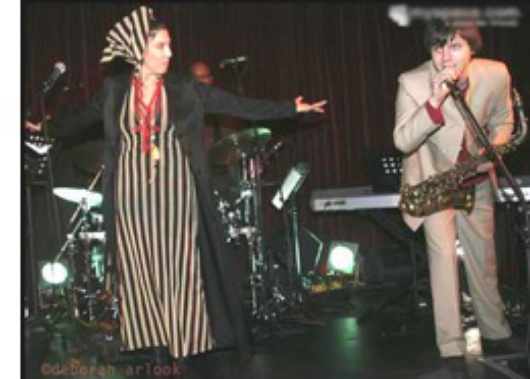 On CD: Recent album Off the Cut showcases some of his finest original acoustic jazz based on the kind of music banned in Russia during the fifies, sixties and seventies. ‘Findamorale’ is out on CD in June 2008 (Baltic Music)

Findamorale: Like his music, the title is a fusion, a new word drawn in this case from English and Italian roots. ‘We have the English word ‘find’ and the Italian ‘amorale’ (amoral), but you could also read it as: ‘find-a-moral,’ so it could be a statement or an imperative. Really the concept of ‘Findamorale’ music is about being a little bit eccentric, with very nice manners, which I think are two key traits of the English character.’

Live: For free most Thursdays & some Fridays at Charlie Wrights International Bar in Hoxton from 10pm to 3.30am – ‘nice and late like it should be’

Live and kicking:At the Findemorale festival in Hoxton, London in June 2008. This is designed to bring European bands and projects that are big news overseas to London, where the scene is more homogeneous