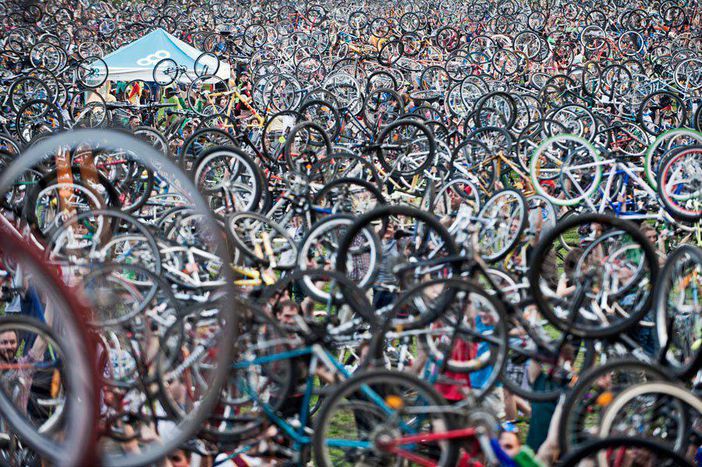 Zagreb: The Bikes and the bees

It doesn’t take long to see what the problem is in Zagreb. Armies of cyclists zigzag between cars and pedestrians like dare devils. Although Zagreb won the EU’s sustainable mobility award in 2012, cyclists have little room to manoeuvre. Bike lovers have reacted with innovative proposals.

If you look hard, you’ll see a few cycle lanes. Some pavements are marked with yellow lines. Even so the layout is puzzling. Why is there a street light or a town council bin, bang in the middle of the lane? How is a bike supposed to plough through a crowded bar terrace? Why does the lane suddenly stop and restart again later? How can you conquer a four inch curb?

Is the town council taking the...?

If you take a closer look, you see inscriptions 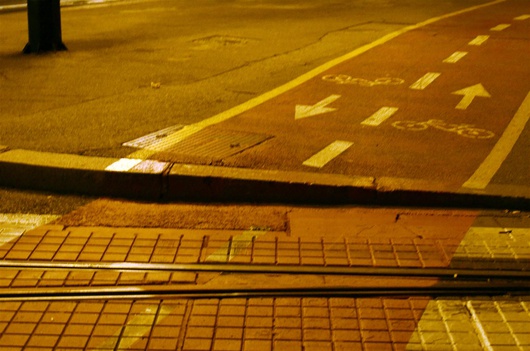 painted onto these treacherous pathways. Some lanes read – ‘recommended by the mayor’, or ‘beware of waiters’. Those are the work of Sindikat Biciklista (The Cyclist Syndicate, Ed.), an organization which agitates for greater care of cyclists in Zagreb. Vladimir, a 26 year-old student is one of the organisation’s leaders. ‘These cycle lanes are absurd! Two or three times a year, they give policemen the chance to pull us up,’ says Vladimir. If the cycle lane stops, the cyclist has to dismount and walk until it starts up again, otherwise they get fined.

The Cyclists Awaken... The Bicycle Spring

The syndicate sprung up in June 2011 during the ‘Cyclists’ Rite of Spring’ conference which was named after Stravinsky’s ballet. It was organized by the tongue twister of an initiative, Bicicklopopravljaona, a place where you can do bike repairs. The initiative was dreamed up in 2009 by members of an important green NGO Zelena Akcija (Green Action). Free of charge and open to anybody, people come here to learn how to fix their bike under the watchful gaze of a bike-savvy volunteer. 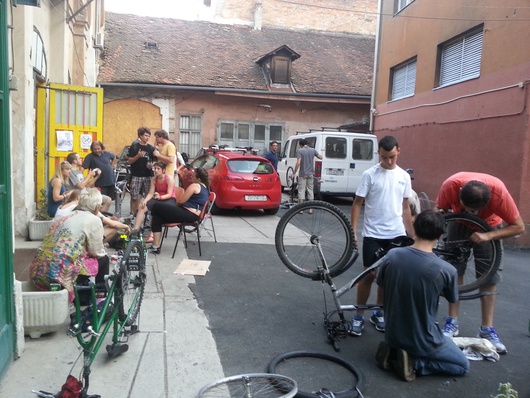 Lujin, one of the project’s founding fathers explains, ‘The project is successful because it has not remained an isolated ghetto. The community created itself. More and more people are getting involved, even today!’

‘Within the student community, word of mouth works pretty well,’ says Jelena, a student who’s been coming to the workshop for two years. Last year the price of transport rose again, so students go to flea markets, buy a bike and come here to fix it.’

In 2011, some members decided to give the project a political spin. That’s why it’s been named the Cyclist Syndicate. ‘Our priority was to guarantee our safety as riders of the roads!’ explains Vladimir. The movement is rapidly gaining traction. In only a week, 2000 people liked the  facebook page. Last July, the syndicate organized  ‘Critical Mass’ (a protest on bikes, Ed.). Only a few people were expected but 900 showed up. Tena, a young anthropologist and Vladimir’s right-hand woman explains the phenomenon, ‘A few years ago there was a bike boom. People began to see cycling as a part of daily life rather than leisure.’

The Mayor must be having a laugh

Despite the activists’ hard work, there was little feedback from the town council which did not keep their promises and offered nothing concrete. The pseudo-bike lanes are one of the rare measures undertaken by the local government, even though they seem like a joke to the cyclists. However, the syndicate does more than just protest. It also suggests solutions, such as bicycle parking lots or spaces for public bike racks - a system that is currently at the ‘joke stage’ with only six working racks in place. Nothing is being done. Vladimir interrupts, “the mayor continues to prioritise motorised transport by building car parks that are both pricey for the city and cheap for car users and refusing to impose speed limits in the city!” The consequence of this is that many people still view car ownership as sacred. We tried to contact the town hall several times to discuss the issue, but our requests went unanswered.

Life is hard for the syndicate. But despite the fact that the authorities are giving them the cold shoulder, projects abound and support is still growing. Attitudes are evolving. The citizens of Zagreb want to re-conquer their streets. The syndicate is developing its own iconography through its presence at festivals where it offers free bike lockers with surveillance and sells t-shirts and stickers. It’s becoming a recognizable make.  In short, the battle continues. 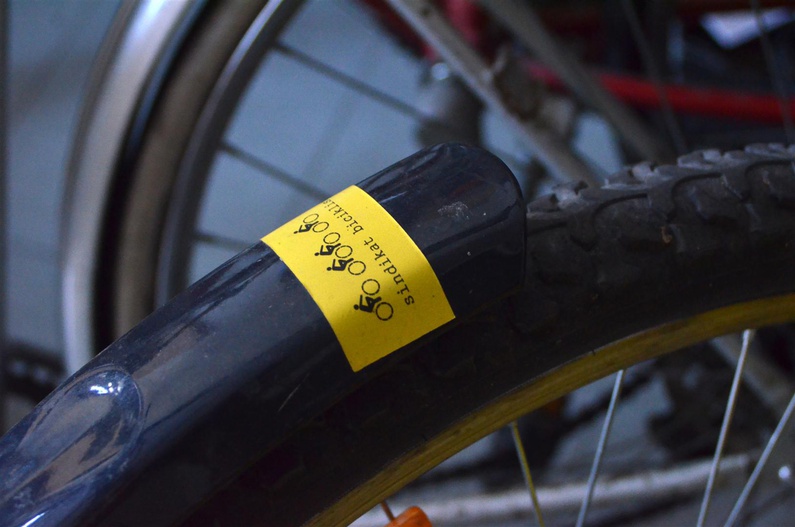 Students in the saddle

According to Vladimir, joining the EU wouldn’t change much. ‘It would give us more visibility. But the money was here already,’ he says. The general opinion is that sustainable mobility week is a phony flop. Although it takes place every year, the town council does not use it as an opportunity to launch sustainability projects.

However some innovative projects do receive institutional backing. The Zagreb transportation faculty has been offering its students and employees a free bike sharing system called Studocikl since last year. They provide 40 bikes to be used as shuttles between the faculty’s two buildings. Mario, the project’s leader explains, ‘We wanted to make students’ lives easier. Transport is expensive, and it takes 40 minutes to get from one building to the other. Students were often late! By bike, it’s only 15 minutes.’ The UE has part-financed the project. The University of Zagreb provided the two bike parking lots. The faculty created the website and maintains the system, but the core idea came from ODRAZ, an NGO which works to promote sustainability projects. Lidija, the leader of ODRAZ was at the root of the Studocikl initiative. ‘I wanted to create something concrete involving bikes,’ she explains. ‘I wanted the outcomes to be visible.’ Feedback has been positive and Studocikl is going to spread to other faculties and cities.

Lidija and Mario are less critical of the mayor than Tena and Vladimir, despite the fact that he only came to see Studocikl on the first day when the media were here. What they all agree upon is the fact that cycling in Zagreb has been an issue for too long. “Above all, I want people to learn to share space,’ Lidija concludes. That’s what Zagreb’s cycling utopia is all about- reclaiming urban space. 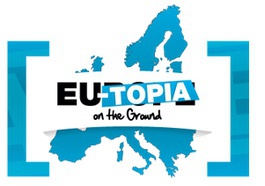 This article is part of a series of special monthly city editions on ‘EUtopia on the ground’; watch this space for upcoming reports ‘dreaming of a better Europe’ from Naples, Dublin, Zagreb and Helsinki. This project is funded with support from theEuropean commission via the French ministry of foreign affairs, the Hippocrène foundation and the Charles Léopold Mayer foundation for the progress of humankind