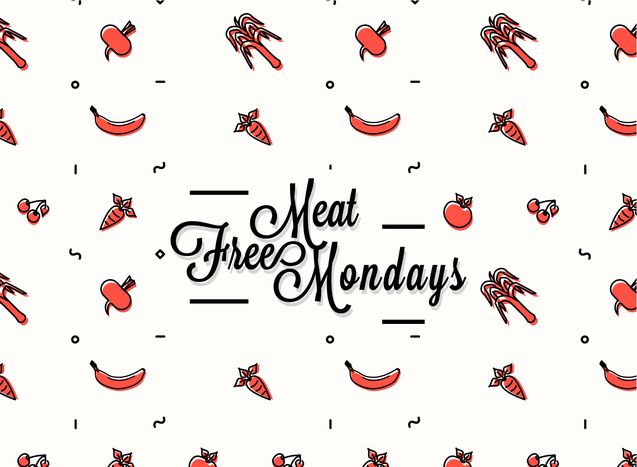 Meat Free Mondays asks one question: could you give up meat one day per week?

On September 23d, the United Nations met to discuss how to resolve the acute global climate crisis at the Climate Change Summit in New York City amidst protests in over 2,000 locations including London, Paris, New York and Rio de Janeiro where citizens demanded their governments renew and strengthen their efforts to curb climate change, in a year that the United States, China and India are expected to smash carbon emissions records. Solutions to the issue abound, but what is certain is that the world is at an impasse: every single human needs to act, as everyone will be affected by climate change.

One creative idea is Meat Free Mondays, an initiative that encourages people to refrain from eating meat one day per week. Sir Paul McCartney has lent his voice to the cause to persuade people to sign the pledge to go vegetarian on Mondays, which has already been signed by more than 800,000 people. McCartney stresses the importance of being involved to oblige politicians to act upon climate change. His diddy finishes with a short rap, his hands gesturing with intermittent snaps and claps, repeating:  "pledge.meatfreemondays.com, pledge.meatfreemondays.com. You can do it right now please."

This concept is part of the growing 'flexitarian' movement that is becoming a darling of the eco-friendly crowd. A flexitarian diet is semi-vegetarian, meaning that the person eats mostly plant-based products but includes the occasional meat dish. It promotes habits that are more conscious of the origin of and impact of the food chain on our planet, but can also be for environmental, economic and health reasons, at a time when livestock is the cause of 14.5% of global greenhouse gas emissions, according to the Food and Agriculture Organisation of the United Nations, while other groups believe this estimate too low.

The term 'flexitarian' raises conflict among more strict vegetarians, who see it as absconding one's responsibility to tackle climate change or simply as 'cheating'. However, it should be acknowledged that going vegetarian even one day per week is more productive in the battle against climate change than doing nothing.