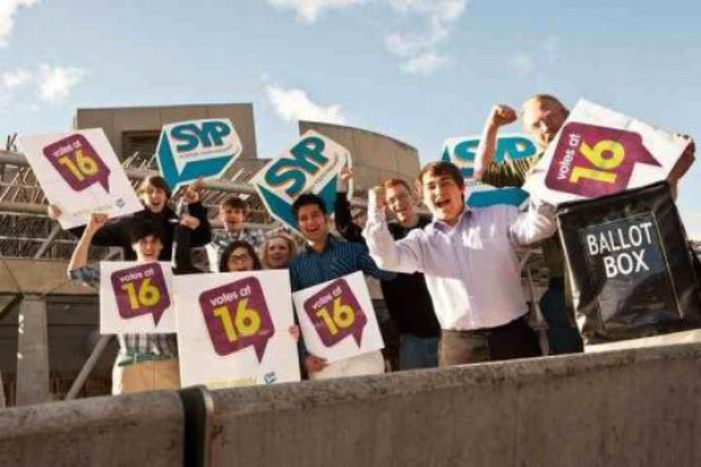 Youth enfranchisement: the one and only democratic voice?

When it comes to youth and politics, the problem in Europe is no longer to get young people interested. It is no longer to make their voices heard. Challenges arise when it comes to politicians acting upon this feedback. And the one and obvious way to ensure this, is of course by having the power to either keep them in or kick them out of government.

On Thursday 24th of January, British Members of Parliament voted in favour of the motion to grant 16 year olds the right to vote, following a debate over the merits of granting under-18s the vote.

The debate for votes at 16 offered a spectrum of opinions. Opposition to the motion was grounded in the need to ‘preserve childhood’, worries that, should the age be lowered, it would be lowered again to something much less palatable than 16 in the future. There was no strong case made against the knowledge of 16 year olds. No one doubted they were sufficiently informed, although objections to youth enfranchisement due to parental influence were put forward more than once. Indeed, a strong case was made for the need to shield young people from the vote, that granting them this privilege would actually open up a can of worms.

Allow me, for the purpose of this post, to focus on the Opposition’s proposal that young people arm themselves with patience and sit tight. And that is what I aim to briefly deliberate on in this article: do we, young people aged between 16 and 18, need the vote, just yet? Can we not ‘simply’ channel our enthusiasm for politics in other ways, for now? 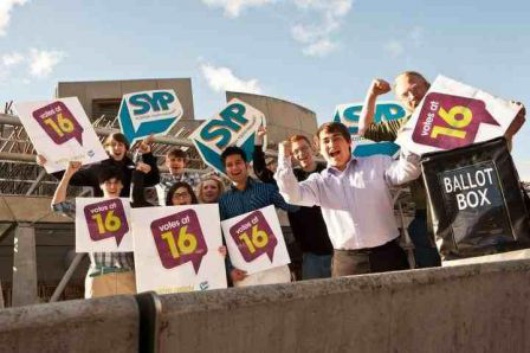 First, let us recognise that youth's passion and enthusiam change will not wane if we are not given the vote, and that the vote itself is not the only means by which we can be empowered to act upon this passion immediately.

Amelia Andersdotter, is my case-in-point. An MEP, representing the Swedish Pirate Party in Brussels, she became passionate about politics in her teens, and subsequently joined the Swedish Pirate Party upon turning eighteen. She not only voted for them, but also actively worked in the party as its international coordinator of the youth wing of the party, Ung Pirat. Coincidently, Ung Pirat was during 2009 and 2010 the largest youth organisation in terms of membership counts.

Andersdotter's experience also demonstrate that perhaps there is a silver lining in not being able to vote at general elections just yet. Not being able to vote forces us to find other ways to participate in society, and to explore other avenues through which we can democraticly deliver change.

Take for instance the National Scrutiny group in the UK. The youth-led initiative proves young people can make themselves heard with tangible results, without the vote. The NSG is composed of 15 young people, aged between11-19, all of whom are spread across various government departments. They play an active role in the making of policies that affect their peers. They not only advise government officials by relaying the feedback and opinions of those they represent, they also ensure that such advice is acted upon. So this process of democratic participation sans enfranchisement is in fact very valuable, as it will prepare us to cast our first vote. We’ll accumulate political knowledge, but it will gain an appreciation of the ‘sanctity of voting’.

Therefore the question of youth enfranchisement has now evolved from 'can we not wait' to, 'should we have to'?

There are more benefits to be reaped by the young than dangers. Yes, young people are impressionable, which depending on the conditions a country finds itself in could have disastrous results at the ballot boxes. But their impressionability also means that at the (and is it really so tender?) age of sixteen, civic duties, the importance of making an informed decision and participating through voting, can be instilled in young people and last a lifetime. If young people are given adecquate support together with enfranchisement (such as the requirement to follow citizenship classes, much like you are required to take a driving test), we could be 'training' the future generation of responsible, aware citizens, fully invested in their civic duties (which given the turn out at the last UK general election is something we truly need).

And to those who fear what lowering the voting age might do to a society, look to Argentina, where sixteen year olds have the option to vote in general election (and where it becomes compulsory by the time they are 18). The country is still standing.