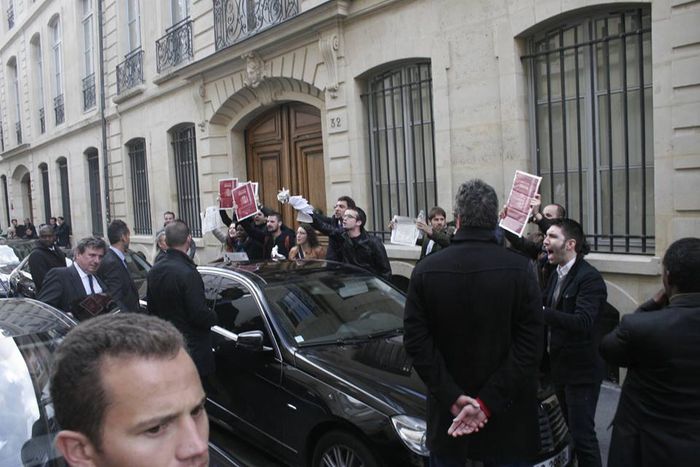 youth employment, a new volume in the eu's fiction section

On 28 May 2013 the great political chiefs of the European Union met in Paris. From Hollande to Mario Monti, Schäuble to Mariano Rajoy. The reason (or rather the excuse) - the presentation of a plan to fight youth unemployment, one of the many consequences of the crisis. The leaders discussed setting aside a total of

6 000 million euros to kick start the economy and ensure employment for under-25s. For now they only talk, and who knows if they will do more.

In the EU-27, 5.96 million people under 25 are out of work, a million more than the population of Ireland. What's more, this figure only includes those who are officially registered as unemployed in each country. How much higher would this figure be if we included those who are not registered? The number is worrying and with an urgency that can only be fuelled by a fire such as this, European leaders met in Paris this Tuesday to present their crisis exit strategies.

The Spanish prime minister, Mariano Rajoy, questioned why the EU is the only region in the world where the economy is not growing, while François Hollande discussed the need to extend credit to SMEs in an effort to boost employment as quickly as possible. Words, words and yet more words.

And so, on leaving the conference the Spanish prime minister was met by a group of young Spaniards, passports and university diplomas in hand, protesting about the unemployment which was, according to them, brought about by EU policies and which has forced them to abandon their home country.

Hours earlier Hollande met the German Minister of Finance, Wolfgang Schäuble, to approve and present a plan to combat youth unemployment. They discussed making 6 000 million euros available in an attempt to halt this "exceptionally high unemployment, a catastrophe for a whole generation", in the words of the French president. It is hard to believe that these politicians are really so preoccupied with youth unemployment when 6 000 million euros is actually only 0.005% of the EU's GDP. Shouldn't more funds be dedicated to such an important cause? 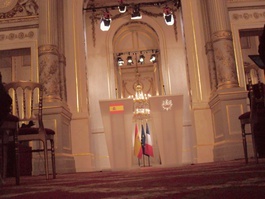 On top of this being an unconvincing proportion, if these European funds were to be distributed between the almost 6 million young people out of work, each one would only receive around EUR 150.50 per year. This seems too meagre a sum to be of much use for finding a job, let alone for helping to fund training courses.

Of all the EU countries, Spain is one of the worst affected by youth unemployment, which explains why Rajoy made the most of this photo opportunity. Of the ten regions with the worst unemployment rates for under-25s in the EU, 5 are Spanish: Ceuta, 70.6%; the Canaries 62.6%; Andalusia, 62.5%; Extremadura, 61.6%; and Melilla, 60.4%. Prime Minister Rajoy, an expert in Orwell's 'newspeak', described the EU's situation as one of "negative economic growth". He also said that the reforms being implemented throughout Europe, and backed by the Chancellor of Germany, Angela Merkel, are going in the right direction, though we still don't know if this 'right direction' will end up creating a whole generation of people who will never become independent and who will never become fully active citizens in their own right.

Last Tuesday 28 May, our political leaders discussed many other leaders. A great many names were mentioned. But no one could name all those 5.69 million young people in the EU who can't find work.