In Romania's capital city, young architects and artists have decided to renovate and move into historical buildings for various socio-cultural projects. These settings offer an alternative space to young artists, far from the world of elitist galleries and unaffordable concerts.

On a small, dark street in Bucharest, two girls are checking their smartphones. Suddenly, they stop and ask me: "Are you also going to Noaptea Caselor tonight? We're looking for Scrie Despre Tine – it must be just here." Gates open in front of us, and we make our way into the house behind. People are going in and out of rooms, and taking part in the games organised by a local theatre society. Other buildings are full to the breaking point in many parts of the city, with DJs on every floor, photos on the walls and mini-theatres set up in the living room.

Noaptea Caselor (Night of the Houses) took place on September 27th, and was inspired by Europe's Night of Museums events programme, which involves various museums staying open throughout the night. However, Noaptea Caselor is about discovering 'alternative' cultural centres set up in historical buildings. This informal event was the idea of two groups — Carol 53 and Casa Jurnalistului — who wanted to raise public awareness about Bucharest's heritage. According to the description of the event, it's above all a chance for people to thumb their noses at "hostile local authorities and an apathetic social environment." 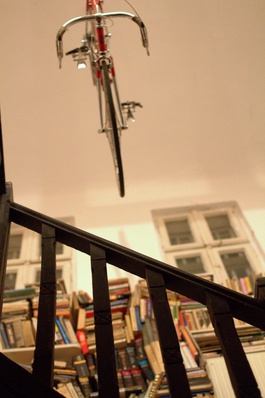 Lucian, an architecture student, argues that "They're not just ruins to be destroyed and replaced with brand new buildings. They can also be a resource." He speaks French, having learnt the language from his travels around France, where he squatted in various buildings and absorbed ideas he heard along the way. With the help of fellow architecture students from university, Lucian decided to renovate an early 20th century building in order to create Carol 53, which is now open to the public and available for socio-cultural projects. "For over two years, every event that's happened here has been a part of the city's memory and cultural life. It's also a neutral space where a dialogue is created between people from different social backgrounds."

In a tough economic and social setting, many of the young people involved have chosen to quit their jobs and brighten Bucharest's cultural life by revamping a 'casa' — homes which are often over a century old. Some have chosen to open bars alongside galleries or live music to make their projects profitable, such as Dianei 4 and Acuarela. Other buildings are occasionally inhabited, and are home to a diverse range of projects: Casa Jurnalistului hosts a group of journalists, Aviatorilor 9 is an art gallery, Casa de Pe Chei offers space for artists' studios, and Scrie Despre Tine holds theatre and writing lessons. It's those sorts of projects that Lucian found interesting for Noapta Caselor: "These are independent and original projects. There's no business angle to it — their ambition is purely socio-cultural." In total, 14 different buildings were involved in the event.

Hundreds of houses, which are relics of the Belle Époque and of a Bucharest often referred to as 'little Paris', now find themselves in a pitiful state. However, groups of young Romanians now want to bring these ghosts of a bygone era back to life. The situation is inextricably linked to the country's communist period, when homes were confiscated and then nationalised from the 1950s onwards, after which they were occupied by State-run bodies or families. Some properties were reunited with their original owners straight after the Romanian revolution in 1989, but others took years and their gradual deterioration over time means that renovation is too expensive. Other properties are still lost in an administrative limbo, where no-one can touch them.

According to Cristiana, the situation is critical. Many buildings are at risk of disappearing altogether, either due to earthquakes or town planning policies which favour replacing old stone buildings with concrete blocks. Cristiana quit her job and decided to join the Casa Lupu project — also known as Calup — as their press officer. The organisation gathers dozens of architects, graphic designers and artists who renovate historical buildings in which they then hold temporary events. Last year, Calup was responsible for reviving two homes. "We hold pop-up events for two reasons. Firstly, to make the public aware that this heritage is as much ours as anyone else's, and needs to be looked after. Secondly, we want these homes to re-enter an economic and cultural circuit," explains Cristiana. "We hope that benevolent people will be interested enough to invest in these spaces." 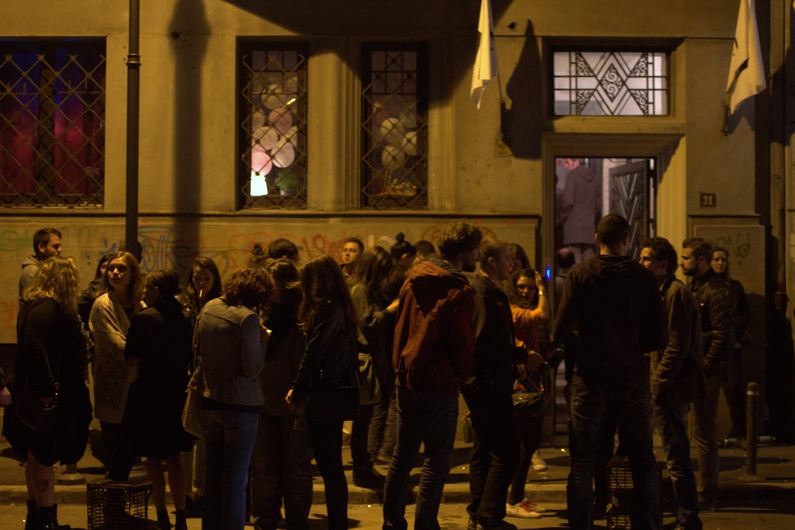 Neither squats nor private galleries

These new cultural centres are categorically not squats, which sometimes receive bad press in Romania. Every group or organisation has made an agreement with the owner that they can occupy the property, and look after it without paying an exorbitant price or risking eviction. A sort of 'hybrid' system has emerged from this set-up, which does not follow the logic of the market.

The remarkable rooms that are often found in these historical houses have become spaces where artists can interact with the public. They offer new opportunities to young people who have frequently come up against closed doors. As Lucian says, "Other galleries are too elitist and don't offer room to young artists. Our approach is the exact opposite."

At the Casa de Pe Chei, on the Dambovita river, Cristian and Rares from the ArtWE project rent studios to artists and artisans at affordable prices. They’re joined by Vika, who has opened a jewellery studio in the building. According to Vika, "Having my studio here makes a big different. I've had a lot of support from ArtWE and other artists. I can't imagine working in any other environment." They also believe that the building's revival has had an equally important effect on the surrounding area, a former industrial zone which has been left to go to ruin. "For example, there's a little corner shop on this street," explains Rares, "and the woman who runs it told me that she was looking forward to summer, because her sales increase when we have an event or a barbecue here." 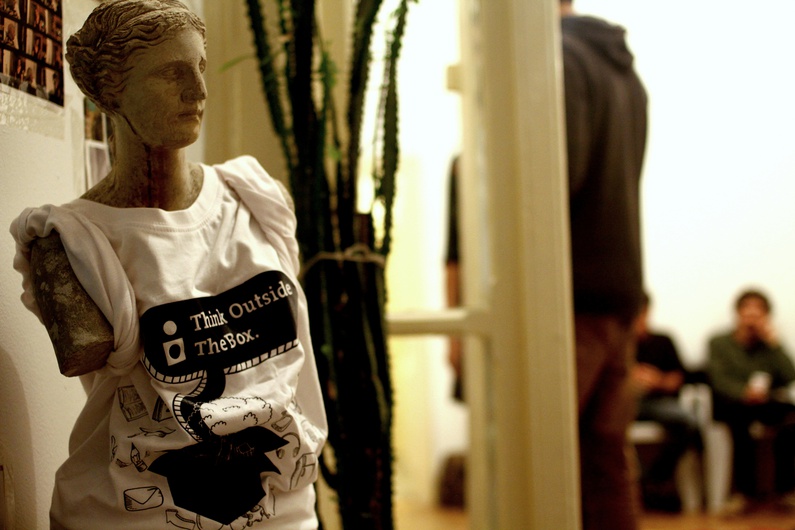 Nevertheless, it's not a risk-free adventure and the concept has had its fair share of criticism. Some people simply "can't see what it brings to the city." When I first became interested in this subject last year, I contacted a well-known architect to get an expert's opinion. He initially turned me down, explaining that foreign journalists often focus too heavily on the appalling state of Bucharest's homes. I explained that I wanted to write about the positive projects being set up by young people. He replied: "I can't see anything interesting about that subject." Maybe it's just a clash of generations.

The other main obstacle is money. There are fears that a home could be bought by rich investors at any point, and it's difficult to make a living while remaining independent. Funds are scarce, and a certain amount of creativity is needed to get by. Vera, who founded Scrie Despre Tine, believes that having less money makes people more creative and also brings them together: "People have brought us tonnes of objects for the house. For a few years now, we've felt that young Romanians are more active and are interacting more. Before, they were either passive or they just left the country. We saw that change in the protests against the Rosia Montana mining project, and these sorts of building are further proof of it. It's given the city a new lease of life."

Rares agrees; rather than just reviving a house or an area, "It's reviving the whole city." The Noaptea Caselor event was proof of that, with a few thousand people wandering the streets from one building to another. "Bucharest is really starting to shine," adds Rares, "so don't be surprised if, in a few years, it's being compared to Berlin and other cities which have strong urban cultures."

Let's just hope that, unlike Berlin, these spaces don't fall into the hands of dubious investors.

This report was conducted with the help of a Europa grant from the Romanian Cultural Institute in Bucharest.