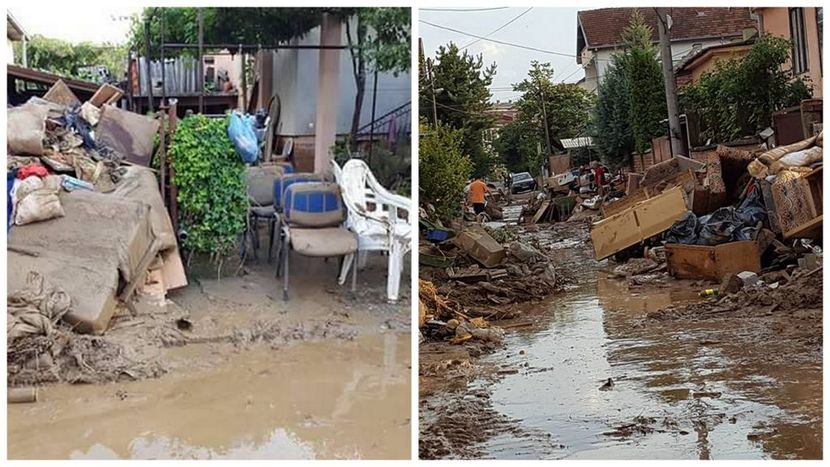 Youth Bring Solidarity and Hope Back to Flooded Skopje

“It is hard in one day to combine your work-related tasks and to go to help those who are most in need, but I am giving my best”

The young Ognen Janeski wishes the day had more than 24 hours. “It is hard in one day to combine your work-related tasks and to go to help those who are most in need, but I am giving my best”, he explains, obviously tired from the long day. He is coughing from the cold but is full with optimism and hope while making plans for the delivery of donations in the upcoming days.  The young TV personality already has an intensive lifestyle between his many projects as well as preparations of his TV programmes. Yet these days, his focus is on the families who have suffered the most from the storm early this month. Ever since the Macedonian capital of Skopje was hit by floods which took the lives of more than 20 victims and heavily damaged the houses at the capital’s outskirts, the young Ognen starts and ends his days by praising and practicing solidarity.

Every day he goes to one of the donation centers, where people bring food, clothes and hygiene products for the residents of the affected villages. Then, he puts the packages in his car and delivers them to the families that most need them. All the while his self-phone never stops ringing – the coordination of spontaneous actions of goodwill is not an easy task at all. Ognen is only one of the many young people who decided to take things in their own hands and to help their fellow citizens in the struggle against the disastrous consequences of the storm.  After the freak floods and the failure of the responsible authorities to immediately provide disaster relief and sanitation, such help is urgently needed. 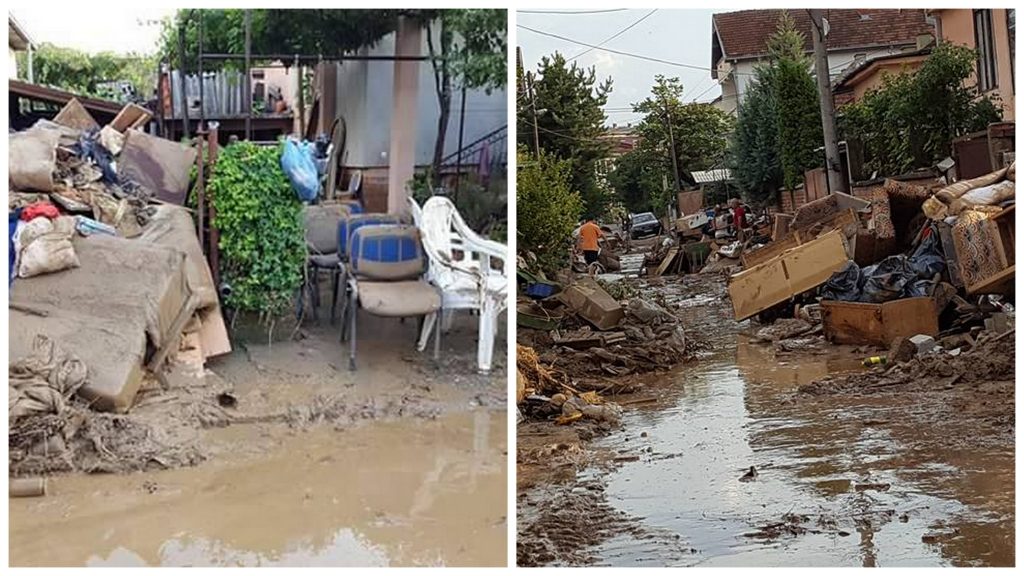 “We deliver the donations from house to house. We are looking for the residents of the most affected areas who wrote us on Facebook that they need particular help. We keep in touch and coordinate the process with those people who had their mobile phones on, since most of the villages were left without electricity and the citizens remained unreachable. When you arrive in those villages, you become speechless: there are places where literally nobody has ever stepped with any kind of mechanization to conduct the process of cleaning. This is the most pressing need, even though every one of us is trying to help clean the houses, taking out the damaged furniture. Yet it is difficult without any proper machinery. First you should remove the mud and the water. Only then can the people truly help”, explains Ognen, noting that almost 20,000 people, or 5,000 families, have been affected by the floods. 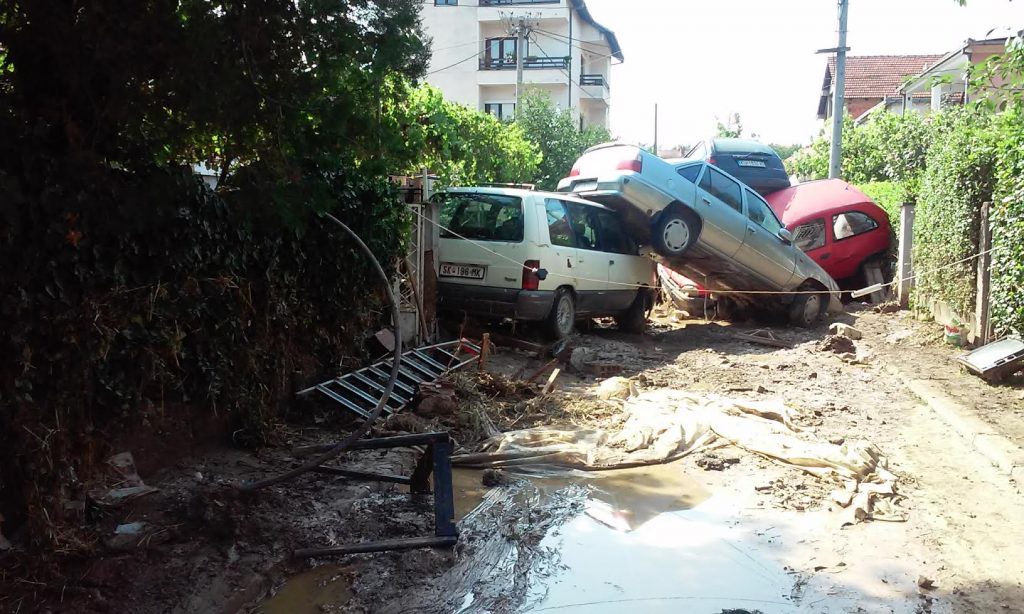 Antoaneta Ivanova was also among the first to support the initiative “Humanitarian Help for the Flooded Families in Skopje”, which now numbers 15,000 members in its Facebook group. It is via this group that volunteers organize themselves and coordinate the process of donation collection and delivery. The president of Mladiinfo International, Ivanova is happy to see that many youngsters are ready to go to the scene, equipped with rubber boots and shovels, or to use their cars, bikes and motorbikes to bring the donations to the families in need:

“We have been working in the flooded areas for 10 days already. We help where it is needed and where we receive instructions to do so by the self-initiative group. Some youth formed the group on the first day after the floods and have been key in coordinating the support efforts. Every day some of us sort the donations that we pick from several points around the city. Some of us help with the delivery and others in the cleaning of houses and backyards. I honestly did not expect that the young people would be so ready to help and show such sympathy to their fellow citizens, but what I see in the field makes me very happy”, points out Ivanova. 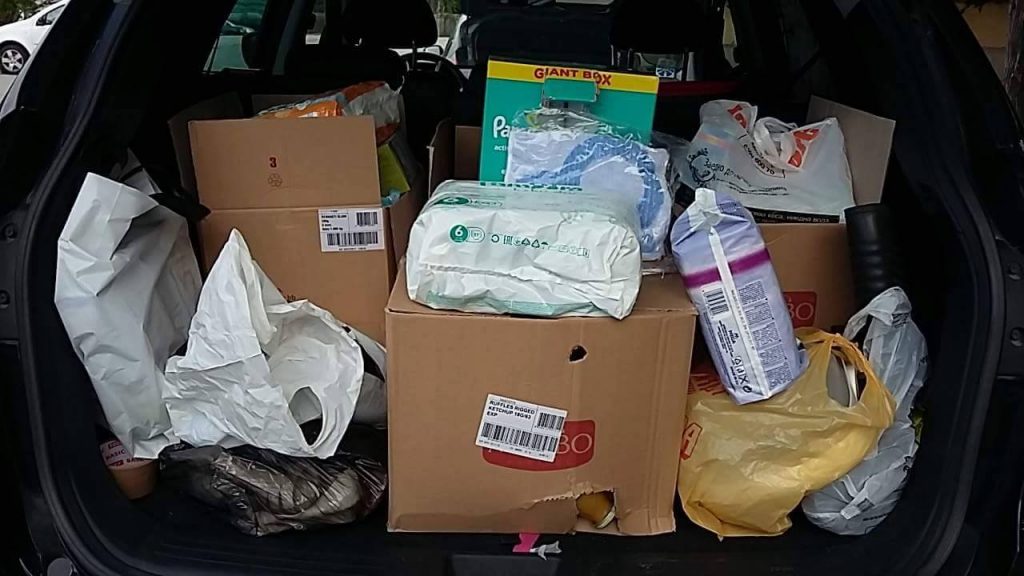 Still, Facebook and other social media networks are not only being used to coordinate the relief activities but also to spread the word about fundraising campaigns. The idea is to also target youngsters abroad and to inspire them to show their solidarity with the communities in Macedonia. The Red Cross, but also some well-known initiatives of young leaders have stood behind such campaigns. One of them is the Global Shapers Skopje Hub, an initiative of the World Economic Forum, consisting of young leaders with exceptional potential, achievement and drive to make a contribution to their communities. Ivan Jovanov, Outgoing Curator of Global Shapers, says the idea behind their crowdfunding campaign is to send a message that each of us can help in our own way and show solidarity:

“I have no doubts that the recent critical events showed that young people can be a driving force. What we are seeing today is that youth are all over the affected areas volunteering with their spirit and enthusiasm through various organizations. Moreover, the call for help through social media was imminent and I think that young people had a big say in it. We, as groups of Global Shapers, felt the responsibility to help our community, something that we ought to do as active citizens”. 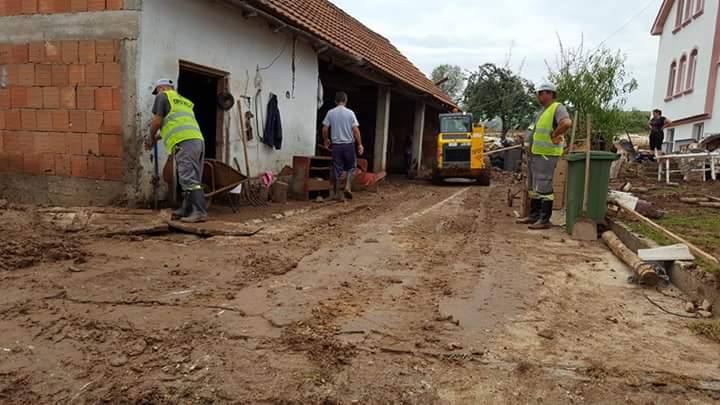 Although there have been some rumors and criticism that the delivery of some of the institutional donations has been conducted in a biased manner and certain citizens have been favored over others, the self-initiative of the citizens, with many youth at the forefront, is generally seen very positively. Older citizens have watched this civic response with delight and enthusiasm. Many of them have vivid memories of the international solidarity that was displayed after the disastrous earthquake in 1963 that destroyed much of Skopje and see this spirit of solidarity alive again in today’s youth response. Those that are still in good physical condition have also decided to grab shovels and help their children and grandchildren in the cleaning. In many ways it is reminiscent of the times of Yugoslavia when it was again the young people that were building roads and infrastructure during various working actions. Yet in those days civic response to crises and natural disasters was part of the curriculum in schools, preparing youth to act in such situations. Today, young people lack the skills and knowledge needed to react in critical situations. 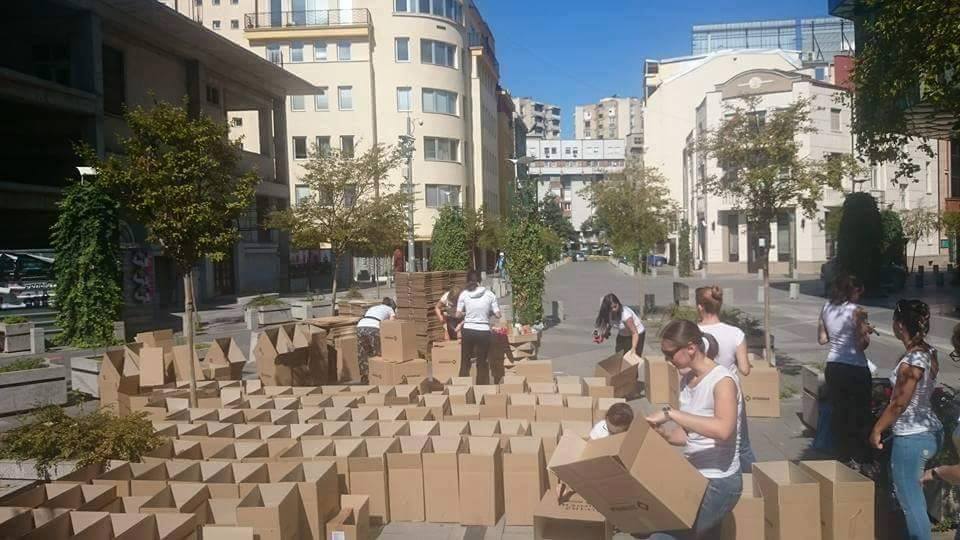 “In my opinion, we should definitely think about conducting workshops and trainings on crisis management for young people. In this way, our society can act in a more organized and better coordinated way”, explains Ivanova from Mladiinfo.

The layers of mud, the huge hills of damaged furniture and garbage from the households as well as the unbearable smell continue to remind us of the night of freak floods, in which there were and more than 800 lightning strikes in only two hours. The young people in the field, the generation from which we expect the most, is equipped with shovels and rubber boots or bags with donations and are evidence that solidarity is not only still alive, but it is stronger than ever.

The post Youth Bring Solidarity and Hope Back to Flooded Skopje appeared first on Mladiinfo.