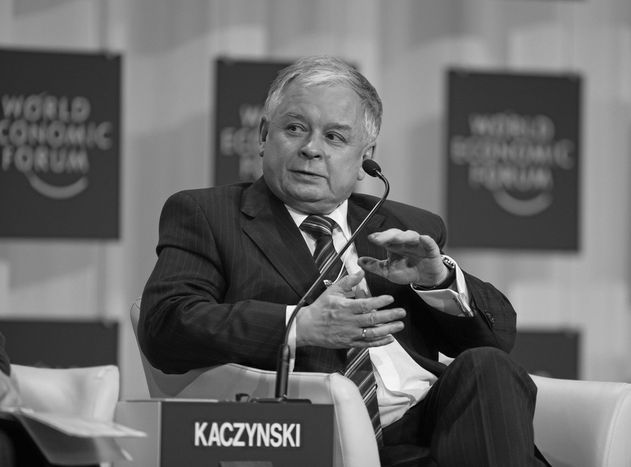 In the same place where the Polish elite was executed 70 years ago, a new Polish elite dies in a horrid aircrash, that leaves Poles at home and abroad in a state of shock. Young Poles across Europe help demystify the tragedy

On 10 April, 2010 in Smolensk, the Polish government's private jet crashed while approaching the airport. The president Lech Kaczynski, his wife Maria and other state officials were amongst the 96 killed. On the craft's fourth attempt at landing, the plane accidentally caught the tops of the trees. Nobody survived. The Polish national elite was on board, including the deputy minister of foreign affairs and the head of the national bank, as well as many other top Polish politicians, historians, clergy and army representatives. They were going to Katyn, to commemorate the 70th anniversary of the Katyn massacre, in which an estimated 22, 000 Polish prisoners of war (primarily military officers and intellectuals) were executed by the soviet NKVD.

Nobody is ashamed of tears considering today's drama, and an atmosphere of silence and disbelief prevails. Joanna Leitgeber, 22, says that the tragedy remains 'still a bit surreal. In general it's a terribly sad event and despite the fact I did not have a particular liking for our president, I feel extremely sorry. It's awful that so many people died in one place.'

See more images of Warsaw, a capital in mourning

Everyone in Poland is either sitting at home and listening to news updates on TV, or if they live in Warsaw, planning to light a candle in front of the presidential palace. The plaza where the palace is situated is already covered with a sea of flowers and candles and filled with thousands of people, either silent or weeping. Journalist Filip Jurzyk, 21, participated in today's mourning. 'Among our national characteristics, one is unique and can always be noted - faced with enormous tragedies we can unite in pain and support one another. This is how it was in the Warsaw Uprising, when John Paul II passed away, when army leadership died in the CASA accident, and that's the way it is now.' Wanda Troszczyñska-van Genderen, in Paris, is also moved. 'My family and I, and everyone I know are in a state of complete shock. It's on all the front pages.' 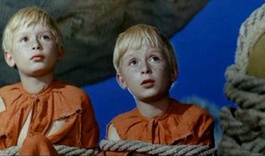 It is hard to imagine that in only 74 days presidential elections will take place in Poland. The presidential candidate of the SLD party, Jerzy Szmajdziñski, also died in the crash. Nobody really knows whether in the current situation the president's twin brother and former prime minister, Jaroslaw, has the will to participate in the elections. Joanna foresees a change in campaign style in 2010: 'I cannot imagine this year's elections campaigns being as aggressive as they have been until now.'

The exact cause of the crash remains unknown. Many people speculate that the old aeroplane and foggy landing conditions are to blame. 'I think that the Russian airport had weak technical capacities and the pilot really wanted to land after three previous attempts were unsuccessful,' says Tomasz Zajczkowski, 26. 'I heard that a newer plane would have probably managed the manoeuvre. But as we know, the presidential plane was an old machine (20 years - ed) and there has been talk of buying a new one for years.' 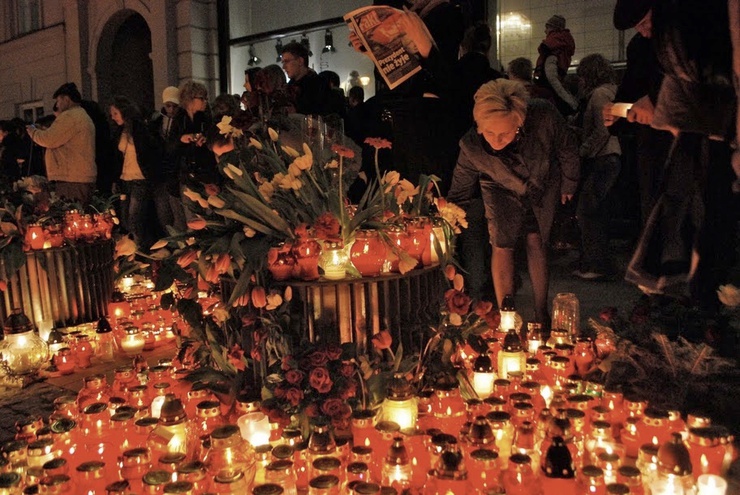 Stan Doroshenko, 25, is of Russian descent, He confirms that Lech Kaczynski was not very popular in Russia. 'The Russian political elites had a difficult relationship with president Kaczynski, because he supported the US in its initiative to base its missile defence system in Poland a few years ago, among other things.' He adds that the Russian media reported that Russian authorities preferred to work with Donald Tusk (Polish prime minister). 'It was Tusk who was supposed to be at that commemoration, Kaczyñski wasn't even initially invited.' The fact that the president was not very well liked in Russia has given rise to unfounded rumours. Tomasz, now residing in the US, has been asked by his friends whether the crash does not appear suspicious and whether some terrorist groups or Russians were not involved. 'It is interesting though that these questions about suspicious plots come to me from Americans and not from Poles. And it is said that it's the Poles that have anti-Russian phobias.'

Poles and Russians alike feel deep sadness and shock faced with the tragedy. 'Regardless of what you thought of the Polish president, and whether or not you liked his policies, this is a major tragedy and a cause of great grief,' repeats Evgenia Plotnikova, a 22-year-old Russian student in Paris says. 'I read in the Russian media that many Muscovites are putting flowers in front of the Polish embassy.'

Online, two Facebook groups, one to commemorate Lech Kaczynski, another to serve as a forum to place the condolence messages have been created. People of all nationalities give their signs of solidarity with the Polish nation. Polish Facebook users leave their prayers on the group's wall. Similar forums have been started on websites of most national newspapers. 'Everyone feels the need to discuss this with others,' says Joanna. 'It is difficult to acknowledge the grim reality.'