Just two months ago I was doing the application to become part of the Young Journalists and Writers (known as YJAW), an attractive online web platform of writers, journalists and enthusiastic people who were all there with the same passion: writing and sharing their ideas with their peers from all over the world. To explain how YJAW was created, one should refer to Pakistan, where it all began.

Just two months ago I was doing the application to become part of the Young Journalists and Writers (known as YJAW), an attractive online web platform of writers, journalists and enthusiastic people who were all there with the same passion: writing and sharing their ideas with their peers from all over the world. To explain how YJAW was created, one should refer to Pakistan, where it all began.

In the backward areas of this country, it was a social custom for the girls not to be allowed to go outside, in public and to take part in everyday activities. A young man from Lahore, called Umair Rana decided to bring changes and started participating in a the program aimed to provide young girls with knowledge on social media and citizen journalism, so that they can raise their voices more effectively.

Working on the issue of young girls in Pakistan, Umair created YJAW, an online web platform comprised of writers and change-makers from all over the world joined with the same cause: to write, to share opportunities in areas of non-formal education, discuss about art and use the platform as their tool for activism.

The World Changes Can Start with a Single Pen

Each month writers are obligated to write one text on several indicated topics, and every month some of the writings are published on the YJAW website.

Umair, as a leader and a creator of the platform, explains the idea of this virtual space: “We are raising the voices on global issues through the power of words and the new media”. 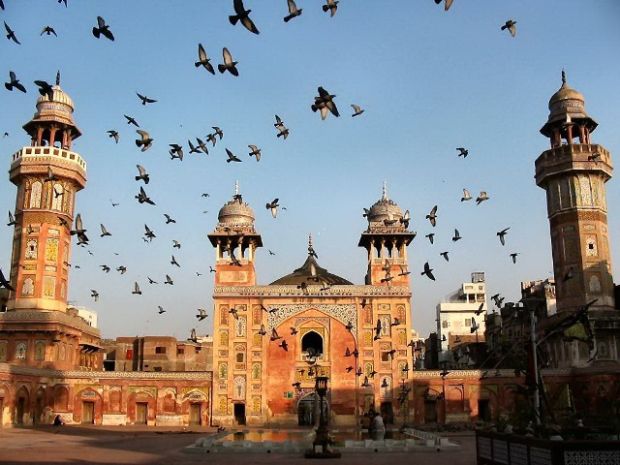 And that is exactly what the Young Journalists and Writers’ platform is: a medium where voices of oppressed can be heard.  Exactly this opportunity to travel the distance parts of the world with my mind and to boost my creativity inspired me to become part of this story unique because of many things:

1. Diversity:  Yasir Kayani, also Pakistani, is truly a reflection of how rich YJAW platform is when he says that he is looking for “intellectually rich atmosphere of diverse cultures at YJAW”. But Yasir, tackles the practical dimensions of YJAW as well. He believes that by engaging his fellows on debates on issues in the society, some alternatives solution might appear solving the problems in a more efficient manner. This shows that YJAW is certainly a place of creative minds.

2. Education: I decided to take a female side of story into account as well.  I interviewed Michelle Szad, a Pakistani lady for whom YJAW is a place where people speak louder about women’s rights, contrary to the real world. Through her work in YJAW, she wants to educate people in the society.

3. Learning process: While some people use the education as a powerful tool to shape the lives of many, another lady like Sajiha Batool, explains her work with YJAW as a continuous learning process that pushes an individual to be more active and develop themselves. Only by being active you are contributing to your society.

4. Explore yourself: Suraj Sharma shared his experience: through writing you can explore your hidden talents and expand the diapason of friends. Those things make your life more beautiful.

5. Endless sharing: Bibhu Luitel, a resident of Nepal’s capital told me that on YJAW, you can get to know like-minded people, and begin the cycle of endless sharing of experiences. This is practically an adventurous intellectual journey, as I have understood it, from my interviewees.

6. Advocate: Since, I am an explorer myself, I contacted into another part of the globe, on distance islands of Caribbean and Barbados, where Lyn-Marie Blackman lives. Her work in YJAW had a strong influence on her life, since she became an advocate for positive change. She said: “I can help my community by elevating the mental, emotional and spiritual consciousness of the youth in my community”. With Lyn, I became more aware that YJAW can have an immense impact on even more distanced parts of the world, where it can serve as trigger for bigger social changes.