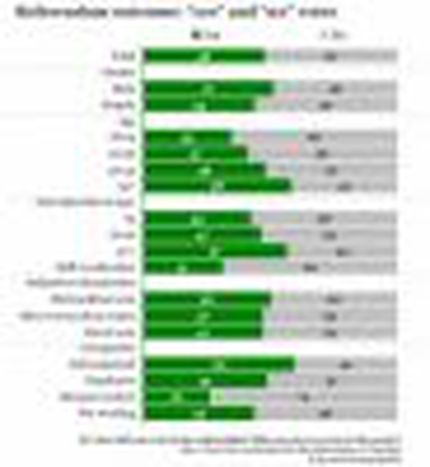 65% of young people voted NO to Lisbon Treaty. Is it a generational or a social divide? 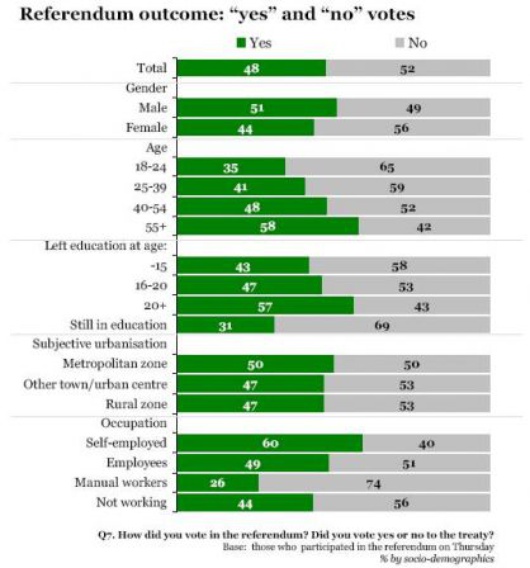 According to the last Eurobarometer, only 35% of under 24 people in Ireland voted NO to the referendum.

Moreover, 31% of people still in education (students) voted yes and 69 voted NO.Old people seem then more pro-Lisbon than their young counterparts as the only class of age who voted YES are the 55+ with 58%.Is then Europe a project for old people? For this blog, focused on Eurogeneration, this is a clear dilemma. We've been building the media you are reading also with enthousiastic Irish people. OK, those people were Erasmus, so they beneficiated from exchange programs. We can then conclude that the generational gap exist but that maybe the social divide is more important in this field. Indeed, 74% of manual workers voted NO while 60% of self-employed preferred YES.The conclusion for an open-minded EU leadership: wake up guys! Invest into Erasmus and other mobility exchange programs 10, 100 times what you put today instead of wasting money in agriculture.Otherwise European project will keep being an élite stuff.