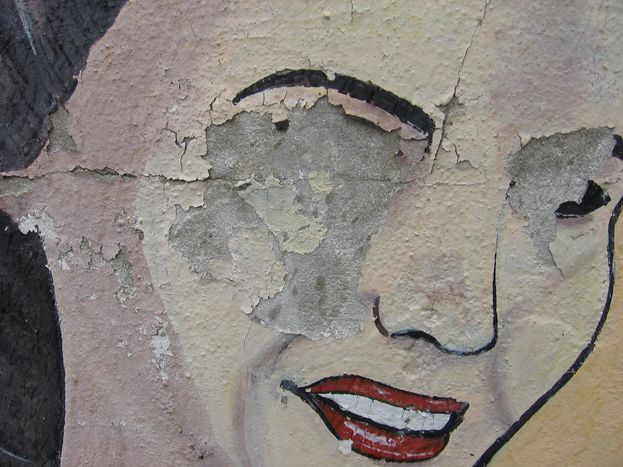 Young European women on whether 'generational revolution' is possible

The word ‘Europe’ hides a myth about a young and beautiful woman (what else), who has been kidnapped and raped by the hyper-macho god Zeus. Europa transforms into a divinely rich but jobless and childish ‘kept woman’. Maybe young Europa has already come back, and can’t wait to get her dream job and make her dreams come true...

‘It is out of the question that I could earn less than my male colleagues,’ claims Tara, a visual arts student from Belgium who is on an erasmus student exchange programme and living in Paris. ‘I never felt discriminated against at university, so why should that be the case on the job market, if I’ll be good?’ According to a report from the European women’s lobby (EWL), the biggest European organisation co-ordinating women NGOs from the 27 member states, the average difference in salaries between men and women is 17.1%. Around 60% of university graduates are women - are these statistics promising for a generational revolution?

Virginia, Ellen, Tara and Alix point out the traditional mentality that no matter what women do, they are never fully valued. ‘Women in law firms earn less because the employer thinks they need to somehow pay themselves back for the time they’ll lose when those employees have children,’ says Virginia, a law student from Madrid. The data is unforgiving: up to 31.5% of women work on a part-time basis (in comparison to a mere 8.5% of men). Why are the statistics so unfavorable towards women? EWL indicates the so-called ‘second shift’, or the phenomenon of working at home for free. It results in economical hiccups which women suffer from starting in their first job until retirement.

‘For the moment I don’t worry too much about salary differences but more about finding a job in the first place,’ adds Belgian history of art student Alix cautiously. ‘Women seem to be very stressed about the expectations they need to fulfil. They are always required to make different kinds of efforts, such as in a mediatic environment.’ If Alix means appearance wise, then Tara agrees. ‘I don’t even think about presenting myself as a sex object, but I realise that image is very important nowadays. I would like my work to count in the first place, but I’m sure that I’ll have to use my looks on occasion,’ she continues. As the advertising market shows, a woman's look sells everything, from washing powder to roof tiles.

Alix is currently an intern at an auction house, and sheds light on her world. ‘In the milieu of art collectors, being a saleswoman may be an asset because the majority of collectors are men,’ she remarks. ‘Make the product look more valuable by beautiful people selling it. I even know some cases of refusal of the product because of an unattractive salesperson.’ The reactions of European ladies to the images of woman in media we are bombarded every day with are various. ‘It makes me awfully nervous when women on television are being taken with a pinch of salt or even ridiculed,’ says Ellen, a linguistics student from Sweden. ‘I often direct my anger at the programme’s creators or the channel’s owners.’ Law student Virginia tries to not take it to heart. ‘It is really difficult to identify with most of the women presented in the media. Their image is so incoherent and unreliable that I try to not bother with it.’ Perhaps we need more cases like that of the British government, who recently banned an anti-wrinkle cream advert whose effects were falsely advertised on a photo-shopped picture. Even less women are in the media, making up 22% of experts. 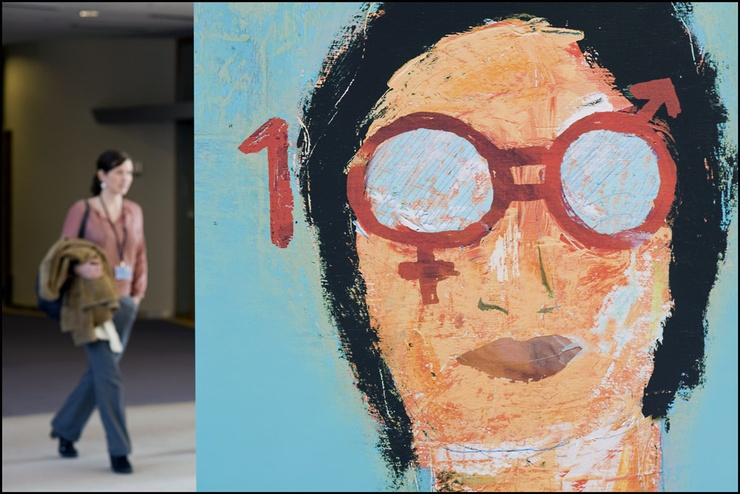 According to EWL reports, on average 24% women are MPs in European ccountries, but only 3% are among the heads of European publicly traded companies (8% sit on the boards of these corporations). Women with political or economic power in society are rare. Only 10% of female politicians appear on the news, where they are also three times more often identified with their family status (mother, wife) than men are. The ideal of a woman embodied by the beautiful and young Europa from the Greek myth seems to still be up-to-date. Yet talking to these four women shows that gender equality in Europe is itself a photo-shopped image hiding old concepts. Young European women are optimistic and focus on themselves. They're not waiting for society - in the contemporary myth, nymphs dare to decide on an equal footing with the gods.