On 15 April the European Liberal Democrat and Reform Party (ELDR) launched their campaign for the coming EP elections. JEF activists were there to ask them the same question as they had asked the Socialists in Madrid and the Greens in Brussels: »Who is your candidate for the President of the European Commission?

« The aim of these actions was to raise awareness on the idea that the European Parties should nominate their candidate and the need to make the European Commission more democratic. For JEF this idea is not new, but for many it is. 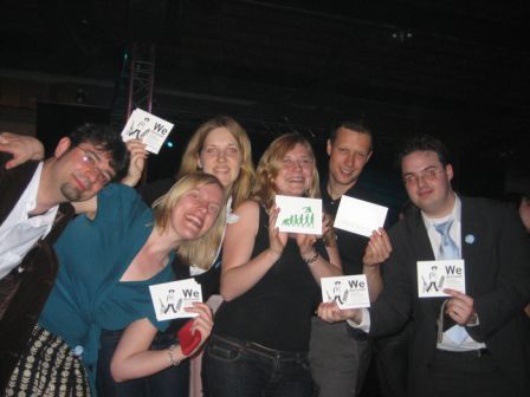 As expected the launch did not present any candidate for the position of the Commission President, instead the leader of the Liberal Democrat political group, Graham Willson, was introduced as candidate for the position of the President of the European Parliament – a position that clearly does not represent powers even close to the executive powers of the Commission. In his speech Mr Willson mentioned the failure of the Socialist Group to nominate a contra-candidate to conservative Barroso and put it sarcastically by saying “the Conservatives and Socialists never miss an opportunity to miss and opportunity«, but in fact, at least in this case, the same is true for the Liberals as well. Aloys Rigaut, LYMEC President mentioned his disappointment with the Liberals not nominating a Commission President, which the European Liberal Youth had demanded. 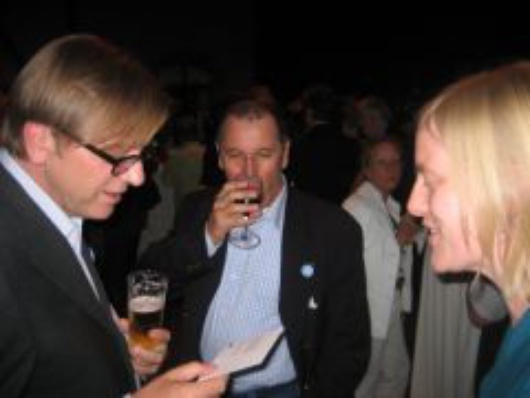 The federalist action was very successful, some hundred postcards were handed out asking for a Liberal candidate and we had interesting discussions with dozens of people, most of whom were very positive to the idea. Guy Verhofstadt, former Prime Minister of Belgium and Liberal top candidate to the EP received one of our flyers and responded: "This is a really important issue to discuss in the Liberal Group" - seemingly seriously considering the opportunity to still nominate a Liberal candidate and supporting the idea standing behind the federalist demand. 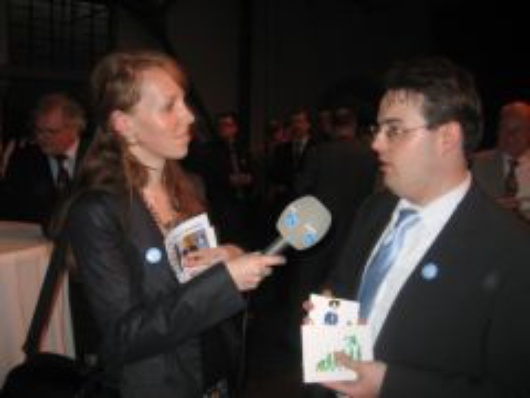 Despite a very successful action in terms of numbers of people reached by it, it is still less plausible that the Liberals will actually nominate a candidate for the 2009 elections. What is much more important is that many of the high-ranking Liberals were convinced of the importance of this question, and will probably work on this idea further, which would largely contribute to making the European Commission more democratic. Maybe we get a Liebral candidate for next election!