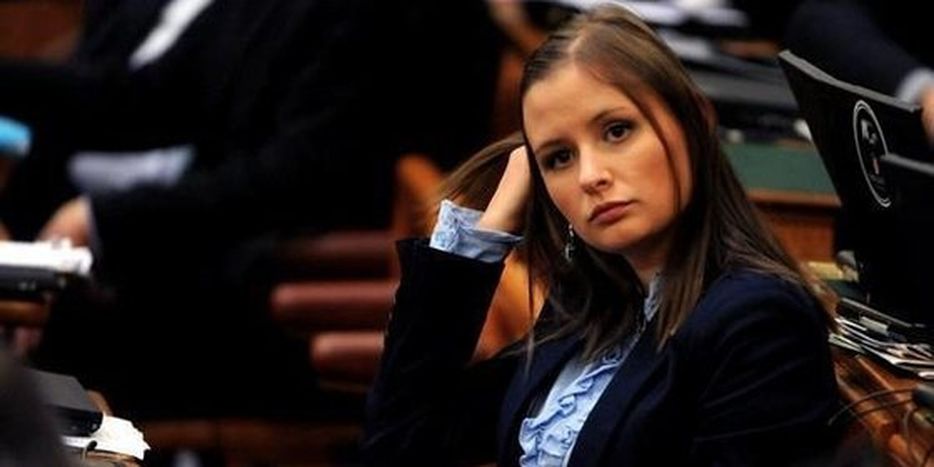 They're considered "sexy and cool." Meet the new face of Jobbik, the infamous far-right Hungarian party that's becoming more and more popular among young people. Far from the cliché of the fascist with a shaven head, Jobbik 2.0 has candidates and activists with new faces and new political ambitions. What's the secret to Jobbik's newfound "coolness"?

"The future is ours," shout bright-eyed, fashionably dressed youths in a video from Jobbik's Youth Section, encouraging others to join this community where "people pay attention to me," where "I met my best friends." It seems kitsch, but Jobbik can count on the support of 33% of young people among its voters. In 2015 alone, Jobbik's popularity grew by 2%  across Hungary, including among those aged 18-25, according to the TARKI institute's study.

Jobbik, or the Movement For A Better Hungary, was founded in 2003, officially entering the European Parliament in 2009, and the Hungarian Parliament a year later. That year also saw the birth of the European Alliance of the national movements in Budapest, bringing together the majority of Europe's nationalist parties, notably including France's Front National, which later disassociated itself from the alliance, finding it too extremist.

Jobbik's statistics in Hungary, like those of other prominent nationalist parties of the 2014 European Parliamentary elections, are food for thought: 17% of votes in the 2010 Parliamentary elections, to 20% in 2014. That same year, the municipal elections confirmed this success, as the TARKI's recent poll shows. Today, Jobbik is officially Hungary's second largest party, after FIDESZ, the party of the prime minister, Viktor Orbán. The party aims to enter into government in four years' time at the 2018 legislative elections, and for this it is trying to stack the 0dds in its favor.

Gàbor Vona, the charismatic president of Jobbik, masterfully leads the mission to soften the extremist image of his party and bring out its cool, trendy potential. During the 2014 campaign, he posed with dogs, kittens, or babies. On posters, countless fresh, smiling faces and a snappy slogan: "You can't stop the future." Compared to the slogan of the 2010 campaign ("For a radical change!"), the party erased everything that could scare away potential new voters.

Attila, a young engineer aged 28, and assistant of the Jobbik deputy, Zsolt Egyed, and the Hungarian parliament, finds he likes this new approach. "For me, the turning point was a gathering in 2014. I was happy to finally see young patriotic communities ready to serve the country! With them, the principal topics of conversation weren't girls, cars, money, or going abroad, and it was comforting to be able to talk about order, God, family, and our heritage," he explains. Interactivity and constructive approaches are key in the new communication strategy. That's exactly what their Facebook page shows, earning almost twice as many likes than that of FIDESZ.

"It has become very difficult to talk about the "type" of voters Jobbik has, it's not like 5 years ago where its stereotype was that of the young man, a loser and poor, out in the countryside. Now they come from all origins and social statuses, the dominant image today is someone who prefers action over speech," explains Péter, 33, from Budapest, a programmer and activist for the Párbeszéd Magyarországért, (Dialogue for Hungary, ecological and liberal party, AN).

"Those who choose Jobbik over other parties do so because they see the opportunity to accomplish something at a local level."

It's what understands Gergő, 28, from Mezőkövesd. Attila confirms this too: "Through the activities it puts in place, Jobbik wants to prove to the young people that it's worth it to be interested in politics. I offered to be the Jobbik president in Mezőkövesd (a former industrial city in the Northeastern part of the country, NA), and I coordinate work in that area."

The new electoral success of Jobbik can be in part explained by the ideological fallacy of the traditional parties, who are seen, often with good reason, as "parties that only promote their lineage and personal interests," according to a young LMP activist. "Jobbik plays on that image, that of the dynamic youth that really invest themselves, who are interested in real problems and are capable to take action. That's, in the end, what really counts for their voters."

The popularity of the party in largely due to its 36-year-old president, Gàbor Vona, voted Hungary's sexiest man by a women's magazine in 2013. For gender balance, Jobbik also has Dóra Dúró. At 28, she is the youngest representative of the Parliament. Pretty and keeping a stiff upper lip, she wonderfully fulfills the role of motherly angel that Jobbik promotes: married since she was 19 to the Jobbik representative Előd Novák and already the mother of 3 children.  This Hungarian Marion Maréchal Le Pen is an integral part of the strategy of renewal of the party's image. But it would seem as though it really is only a question of image; there are only two women who are representatives with Jobbik, which occupies 23 seats in the Hungarian Parliament. Like in most other parties, parity goes unheeded. In Hungary, the Parliament is only 10% female.

Attila doesn't necessarily view female involvement in politics favourably, even when they are already mothers. On the importance of women's political engagement in the party, his response is as brief as it is formulaic: "I am for gallantry." 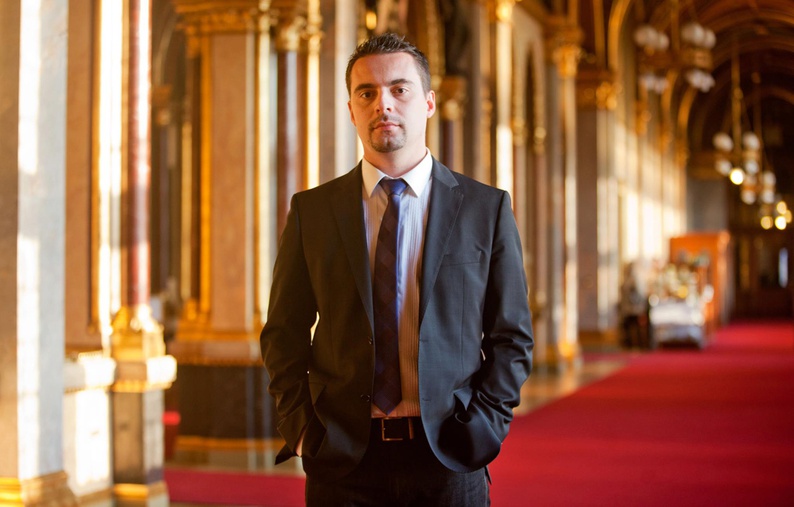 Finding Jobbik voters isn't difficult at all for a journalist. On the other hand, getting them to talk... much more! The famous "no religion or politics at the dinner table" applies here too, surely more than in France. Some Jobbik voters or activists censor themselves due to the positions they occupy. Even activists for other parties are reluctant to be interviewed, knowing that they will be named.

On the other end of the spectrum of activism, one finds a total rejection of politics. Such as the case of Csilla, 26, from Nyíregyháza, who works in sales. "I see absolutely no difference between the parties, whether it is the level of their program or their level of corruption. It's a world that I want to keep away from my daily life as much as possible."

Can one win with likes?

According to Gábor Vona, no. "A political party should be identified by its program, by its acitivities in the National Assembly, by its directives chosen by its president - not by its Facebook posts," he declared, in a political broadcast on May 3rd.

Next to attempts to smooth out their image, certain misdemeanours still crop up, like representatives' posts on Facebook, or even in the National Assembly, that advocate anti-Semitic or anti-Roma discourse, like that proposition of Màrton Gyöngyösi to establish a list of deputies that have Hungarian and Israeli double nationality. These 'mistakes' always seem to happen, and Gàbor Vona bravely tries to put out the fires by apologising. But no matter the excuse, these examples of good faith don't let us forget that the shaven-head fascist has only put on some foundation.