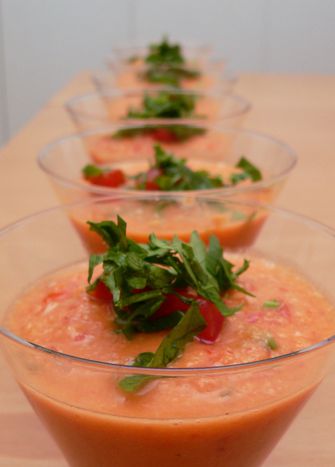 Women on the verge of a tasty gazpacho

A few examples of food in Europe's rich cinematic history, as well as some advice on how not to spike the tomato-based vegetable soup like one of Spanish director Pedro Almodovar's most famous characters

'For me, the cinema is not a slice of life, but a piece of cake'

More often, the prominence of food is extremely positive. In Babette’s Feast ('Babettes gæstebud', Gabriel Axel, Denmark, 1987), a French former chef forced into exile from Paris becomes a housekeeper for two sisters, who are part of a rigid Lutheran community in an isolated Danish town. Babette will manage, with the preparation of a lavish lunch, to change his fellow diners, who have decided not to speak of food at the table to avoid sinning. At the end of the meal, the effect of the lovingly and skilfully prepared food brings them out of their shells, making them genuinely well disposed towards each other for the first time. There are also lots of filmic cases where the primary focus is the absence of food. One example of many is Kogel-Mogel (Roman Zaluski, Poland, 1988). Here, the sugared yolk of an egg, given to children as a snack, becomes the symbol of a period in which a country’s misery doesn’t allow space for the preparation of any other kind of dessert.

Another culinary creation has become celebrated in cinema, thanks to which it’s definitively flown beyond its national borders. The character of Pepa (played by Carmen Maura) prepares gazpacho in Women on the Verge of a Nervous Breakdown ('Mujeres al borde de un ataque de nervios', Pedro Almodóvar, 1988). Red like the predominant colour of the protagonist’s house, the gazpacho perfectly reflects her agitated and passionate state of being. The drink is prepared by the lead female throughout the film to vent her frustrations. In the end it puts everyone ‘right’, spiked with a rich dose of sleeping pills.

Recipe for a narcotic-free gazpacho 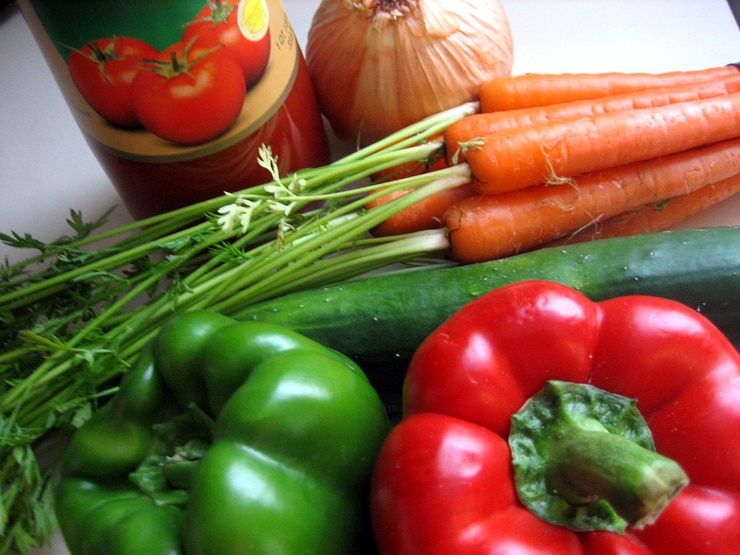 Preparation: Whisk all the ingredients, then, if the result is too dense, dilute with water. Pass through a strainer and leave to rest for a few hours in the fridge. Enjoy chilled!