The extreme right is now the third most-voted party in Austria. Faced with their ever-growing presence, local groups are springing up and fighting for the integration of minority groups. Since 2009, the organisation Planet10  has provided a safety net and support system for female immigrants facing discrimination every day in Vienna.

Linda is a fortysomething Nigerian woman who lives in Vienna. As well as being black and an immigrant, she is also a lesbian, making her a potential victim of three forms of discrimination. 'Even my own people discriminate against me for being gay,' she says. 'If you’re black and you don’t speak the language, then you can’t rent a house for the same price as everyone else.' Linda joined Planet10three years ago. It describes itself as a 'political organisation formed by women' that brings together ' different people with different ideas who want to create a world with one focus – the sharing of wealth and ideas'.

We find ourselves in Favoriten, a Viennese district known for its high immigrant concentration. 'In other neighbourhoods, people don’t treat immigrants very well,' comments a passer-by. After examining the map several times, we finally find Planet10, which is completely hidden away. Even the locals don’t know of it. It is a building like any other, except its walls are covered in banners in several different languages. All of them oppose the expectation that people should learn German. When we step over the threshold, we enter a parallel world created by Helga, one of the founders. We are offered some tea and homemade biscuits. Then we receive a guided tour of the three-story building, taking in the living room, garage, kitchen – full of protest messages – a work space, a ground floor room used as a concert space and the four bedrooms. Everything belongs to everybody and nothing belongs to anyone. 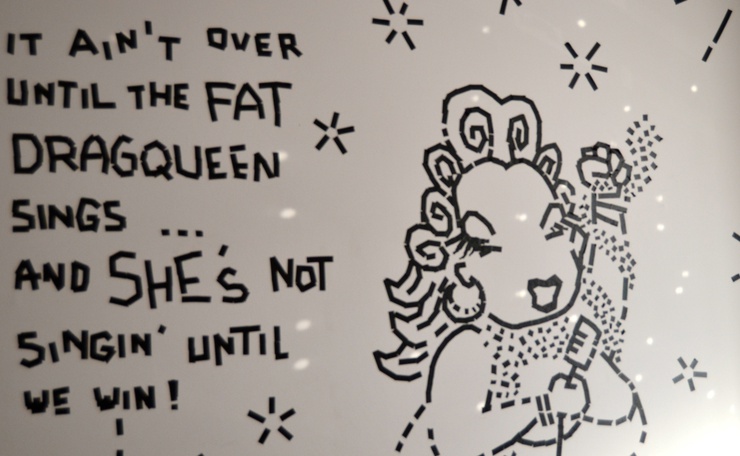 In 2009, six women from different groups, unhappy with the immigration policies that did not consistently promote 'legal actions', decided to buy a house. 'We wanted a space where we could achieve something,' explains Helga. They pooled their money to buy a property. Its origin is one of the strange things about Planet10. 'Two people gave us donations. They had inherited it from relatives who had been involved with the German and Austrian nazis and decided to do some good with the money.' They obtained a loan of 150, 000 euros and Helga added a further 10, 000 euros from her mother.

Planet10 promotes gay, feminist, antiracist and antifascist ideals. '50% of Planet10’s founders are gay,' explains Linda. 'We started out as a group of women, feminists, and lesbians of course,' adds Helga. 'In Austria, lesbianism, feminism and politics are all closely linked.’ As Linda explains the main aim – to support immigrants any way we can – a girl enters the room carrying three glasses of water, saying she thought we might be thirsty. The group has a balanced hierarchy of both immigrants and Austrians. 'It’s not just white Austrians who support immigrants,' insists Helga. 'We don’t want to make decisions on behalf of foreigners, we want to make decisions together,' adds Linda. 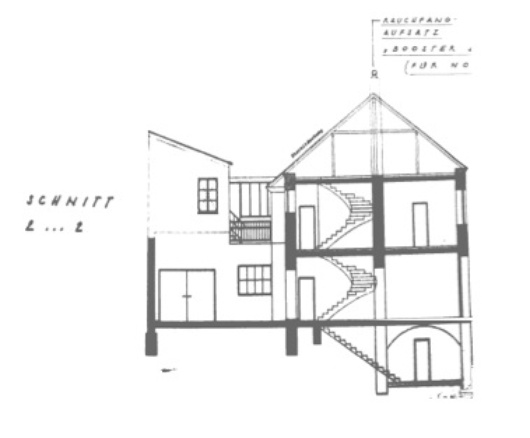 One of Planet10’s main aims is to help foreigners find accommodation. Four people live on the third floor and they each pay 300 euros in rent. They can stay for a year, until they have saved up enough money for a deposit. 'Previously, I was living in a little room above somebody’s shop,' says Melike, one of the people staying there. The 25-year-old from Turkey is studying to be a teacher and it is unclear whether or not she has a resident permit for Austria. 'I don’t want to ask,' says Helga, who is translating the conversation into English. 'That doesn’t matter to us.'

Helga is one of the group’s figureheads. She is a stout woman of 45. Half of her hair is shaved, the other half is white with black streaks. She is a graphic designer and member of a punk band. She displays a wonderful sense of humour when talking about Planet10, but it is clear that she is holding back certain facts. ‘We support any actions – legal or illegal – that make it easier for people to live, work and integrate themselves in society but, well…we don’t do anything illegal ourselves,’ she declares, laughing. She was born in the south of Austria, yet her family background seems at odds with the origins of Planet10. ‘My father was a nazi and when the FPÖ started to gain power, he voted for them straight away.’ Planet10 did not have an easy start. ‘Elections were approaching when we met up for the first time. We decided to go to the town centre and put up posters calling for greater rights for everybody, because Austrian elections exclude a third of the population.’ Their protest landed them in court, facing accusation from both the right-wing and the socialists. Neither were successful in pressing charges against them. 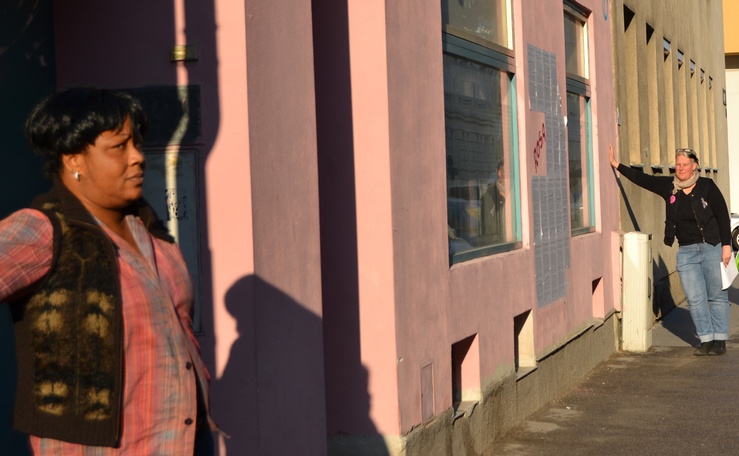 On the third floor, we bump into Elsa, a Zimbabwean girl of 27, who is carrying a bag of food. After eating a hamburger, she comes downstairs to talk. ‘It was very hard to begin with, because you need the correct papers to be able to learn German. I feel at home here,’ she says. She cleans office spaces for a living, a job which fits in around the time she spends helping at a refugee centre. She seems happy to be part of the group despite saying that her family does not know she is there. She is not the only person who hides this information from her nearest and dearest. The twenty or so people who make up Planet10 often feel misunderstood. ‘There are some people who I don’t speak to about this project, because I feel like they would never understand,’ says Helga. A silence descends on the room, broken seconds later by Linda. ‘My parents think I’m out of my mind,’ she says. ‘Some people believe that it is just a place where people smoke and drink.’

The three of them seem happy with the group’s work. During our conversation, it is impossible not to touch on the rise of the extreme right in Austria. ‘It’s getting worse and worse,’ says Helga. ‘This idea of local racism that people display is something that dates back to the nazis.’ She states that they have never had any problems with extremist groups, though she touches wood as she says it. ‘The Viennese are very racist,’ she says, but she denies that the group hides immigrants away from the outside word. She is, however, a realist, and has perhaps lost faith over the years. ‘We can’t change society of course, but we can choose what we want to achieve.'

This article is part of the fifth edition in cafebabel.com’s 2012 feature focus series on multiculturalism in Europe. Many thanks to the team at cafebabel.com Vienna