The architect of the Iraq war is set to become the new head of the World Bank. Despite protests, a reform of the undemocratic selection procedure is not in sight. Meanwhile, Europe is keeping its head down 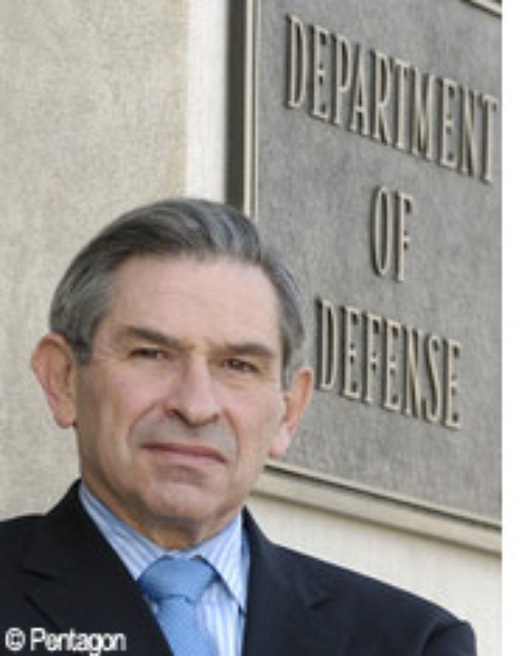 “He who pays, decides”, goes the German saying. And this must be the philosophy behind Bush’s decision in choosing the World Bank President. The US is the biggest shareholder of the World Bank, which each year loans 20 billion dollars to developing countries. As a result, the nomination of the neoconservative Paul Wolfowitz as head of the World Bank makes Washington the fox in charge of the henhouse. The Deputy Defence Secretary has no economic or development policy experience whatsoever – unless you take into account his short stint as an ambassador in Indonesia, where he had a close relationship with the dictator Suharto and did little to criticise human rights abuses and corruption in Jakarta.

“Wolfie”, as he is known by George W. Bush, was one of the strongest supporters of the war against Iraq. French philosopher Foucault once defined politics as war continued by another means, and it seems that hawkish Wolfowitz has taken this idea to heart. His nomination has caused concern as future World Bank loans will be linked to the ideological and economic conditions of the latest world power. George Bush has already given us an idea of what development policy at the White House is like: in the fight against AIDS, for example, only those governments who preach abstention and speak out against condoms are being supported. Agriculture is another example. In Iraq, where farmers cultivate ancient plant types, even before the elections the Americans has decided to introduce a new planting law to stimulate the market for industrial grain.

Fear of rupture with America

The prospect of Wolfowitz, a unilateral hardliner, replacing the moderate reformer Wolfensohn as President of the World Bank has caused worldwide protest. A petition, which urges governments to speak out against Wolfowitz, has been signed by 1300 organisations in 68 countries within a few days. There has also been cross-party opposition from the European Parliament, including from the Conservative Alain Lamassoure, the Social Democrat Hannes Swoboda and the Green Daniel Cohn-Bendit. The Liberal Andrew Duff has gone even further in urging the EU, with its majority vote in the World Bank, to stop Wolfowitz. However, the possibility of this happening is becoming increasingly unlikely as European leaders do not wish to create a new rift with the US after the recent attempts by Bush and Rice to charm them. Gerhard Schröder has already stated that Germany will back Wolfowitz, as have Italy and the Netherlands. Moreover, France, which has been the country to most openly voice its opposition to Washington’s choice of candidate, is not likely to continue kicking up a fuss. Paris is hoping for American support when it comes to further personnel changes: it wants the former EU Trade Minister, Pascal Lamy, to be appointed as head of the World Trade Organisation (WTO) and the Socialist Bernard Kouchner as the United Nations High Commissioner for Refugees (UNHCR).

But the problem is not just Wolfowitz. Rather, it is the undemocratic way in which key positions in important international organisations are chosen and the fact that it doesn’t even occur to the West to nominate a representative from a poor country, which make up the global majority and are most affected by World Bank decisions. The head of the World Bank is traditionally appointed by the US and the head of the IMF by Europeans. This current dispute is the opportunity to end this out-dated practice and finally put in place an open and democratic selection procedure. After all, it is the Americans who claim that their main aim is to spread democracy. The EU now has the opportunity to break the unholy alliance of the rich, which was in conflict with poor countries at the WTO summit in Cancun, and to seek a competent candidate chosen in accordance with the rest of the world. Otherwise, there rests only the vague hope provided by the American magazine Newsweek, which suggested that, rather than turning the World Bank into an extension of the Pentagon, “the bank will change Wolfowitz”, thereby incorporating multilateralism into American right-wing policy. Hardly much consolation.